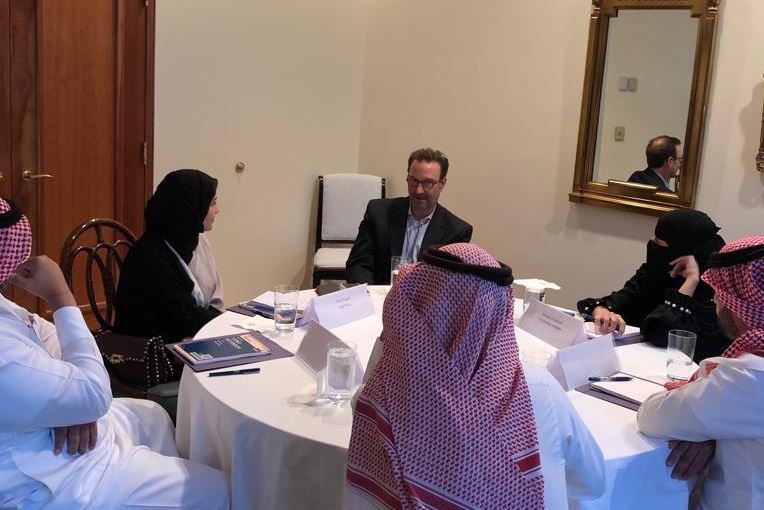 US Assistant Secretary of State for Near Eastern Affairs David Schenker said that the United States appreciates the Saudi mediation between the Southern Transitional Council (STC) and the legitimate Yemeni government, stressing that these differences were a distraction from the main crisis; namely the Houthis, Iranian-backed proxies.

In an interview with "Al Riyadh Newspaper", Schenker said that Iran is targeting the US drones because they can see what Iran is doing, whether destroying or hijacking ships in the international waters.

He pointed out that the US drones are not aimed at firing anyone but taking pictures so that everyone can see what Iran is doing... The text of the interview follows:

* How do you see the Houthi attacks on Saudi Arabia?

In the United States, we have been following up the situation closely for years. We are concerned about the Houthi attacks on Saudi Arabia on a daily basis and have tried to urge Iran to reconsider its policy against the Kingdom and even the region as a whole, a matter which will have serious consequences for it.

We talked to all parties in Yemen as our policy is to talk to everyone. The Houthis are part of the crisis and part of its solution, but we will not reach solutions unless we talk to them.

* What about financing the terrorist groups? Did you tackle it? Do you have any statistics in this regard?

This is something that Saudi Arabia has been working on in the past years, and no one denies the role of the Kingdom in this regard which came at the top of our discussions.

* What security steps have been taken regarding Iran's attacks on ships?

We have brought together a number of coalitions in order to address this matter. Our embassy in the Kingdom has worked to keep you informed of its findings in this regard. Our aim is to protect free shipping in both the Strait of Hormuz and the Strait of Bab el-Mandeb to protect the movement of goods and commerce.

Every state should be engaged and we already have a number of states that have joined us. The United States plays a major role indeed, which serves the interests of all parties, and this must be done as soon as possible.

Our drones are not aimed at firing anyone but taking pictures so that everyone can see what Iran is doing.

* Will your troops arrive here soon?

Our troops will arrive and we have a number of troops already in place since the 1950s. We have troops in the Kingdom of Saudi Arabia and we are focused on achieving stability in the region and the Kingdom.

As for the increase in the number of US troops and when this happens, it is up to the US Department of Defence, and if it does not happen in the Kingdom it will happen in any other nearby spot in the region.

* How do you follow up the developments in Yemen and what is the impact of this on the terrorist groups confronted by the United States and its allies?

The United States supports the unity of Yemen and Hadi legitimate government. and we appreciate the Saudi mediation between the Southern Transitional Council (STC) and the legitimate Yemeni government.

It should be noted that these differences are a distraction from the main crisis; namely the Houthis, Iranian-backed proxies who fire missiles against the Kingdom.

So, we hope that the government will be united again so that we can focus on the priorities, which are negotiating with the Houthis to reach a solution to the crisis in Yemen in the near future, which is very important to us.

* How do you see the impact of US sanctions on Iran so far?

I think our recent campaign on sanctions against Iran has been a great success. I think you have seen a great impact on the economic growth there and on the Iranian behavior throughout the region, particularly in the Gulf States. Although we have not yet succeeded in urging Iran to sit at the negotiating table, the impact is really great.

For example, you have seen a country like Lebanon that has been no longer able to provide its proxy Hezbollah with a lot of funding and so they had to cut off salaries, etc. As I said, although we have not succeeded in urging Iran to sit at the negotiating table, the impact of sanctions has been enormous on its ability to provide its proxies with funding.

* Yemenis wonder if there are any positive signs from the Houthis to end the war this year. What are your expectations about this war?

There are three UN envoys to Yemen so far, but nothing has been achieved. How do you see this?

I think for the people of Yemen, this is a horrific humanitarian tragedy. The Houthis are leveraging humanitarian support and they are keeping it from the Yemeni people.

There are more than 24 million Yemenis starving. This is unacceptable. We are making great efforts. This is my second trip to Saudi Arabia in my first three months of the job and working hard to contribute to resolving the crisis.

* When is your next visit going to be?

It will be in the coming month and I hope that things would be sorted out in Yemen as I had hoped in this visit. 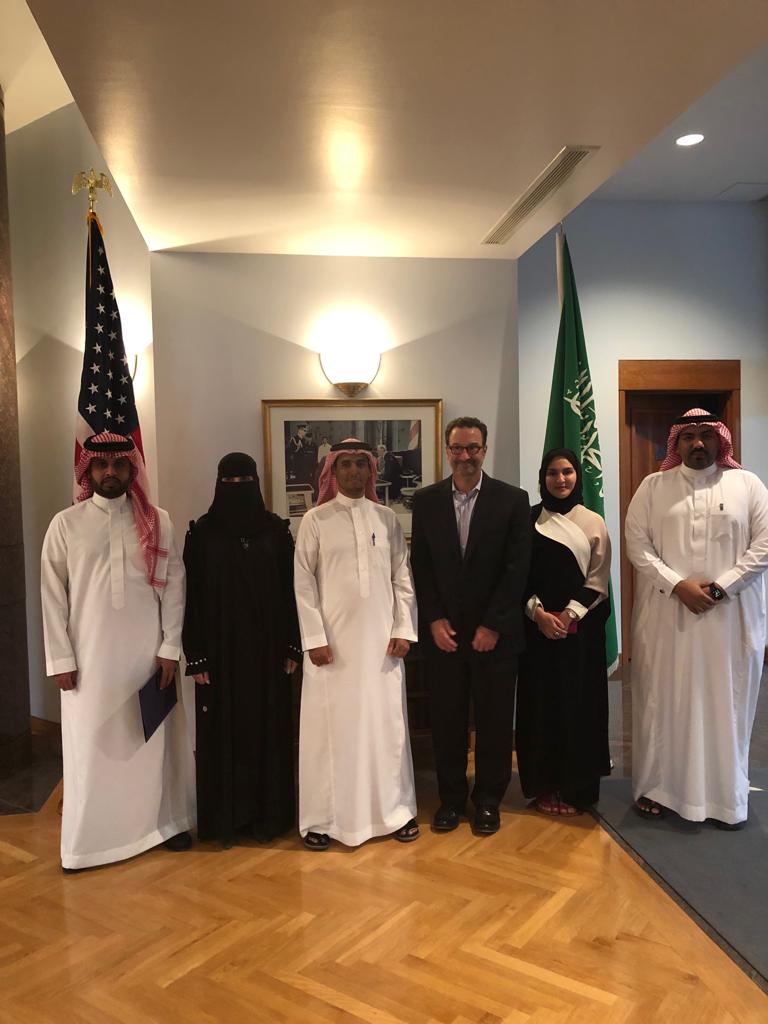 Saudi Journalists in a group photo with Mr.Schenker