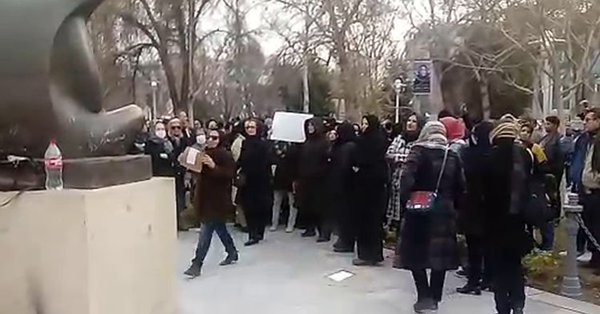 In a Strive for the Same Goal.. Iran protest, Paris March

Simultaneous protests of angry Teachers and educators broke out in Isfahan and Qazvin on Thursday, February 7, 2019. Hundreds of people from other sectors joined and actively participated in this series of protests.

According to Iran News wire report in Isfahan, central Iran, Hundreds of teachers rallied alongside the city’s famous Zayanderud River on Thursday, protesting the mullahs’ unjust policies, including the drying up of Zayanderud’s waters, and demanding changes. 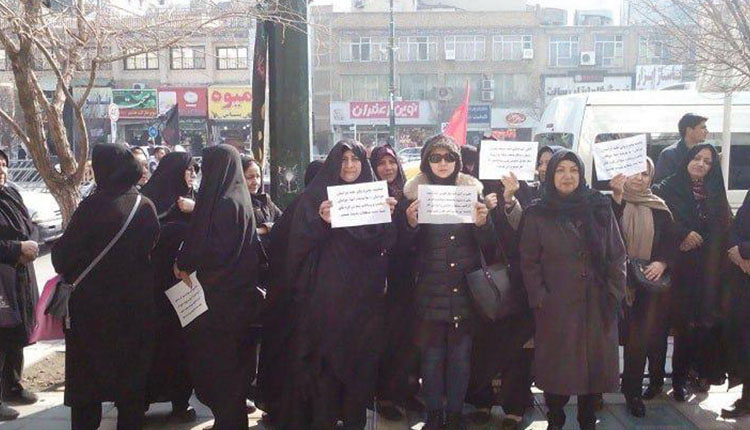 Women played an active and significant role in this rally.

anti-riot guards were seen firing tear gas and using pepper spray in attacking the demonstrators. However, the brave protesters ignored the intimidation and were heard chanting: “A nation has never seen such injustice”, and “Teachers would rather die than face dishonor”.

“No fear, we’re all together”

“Our enemy is right here, they lie and say it’s America” 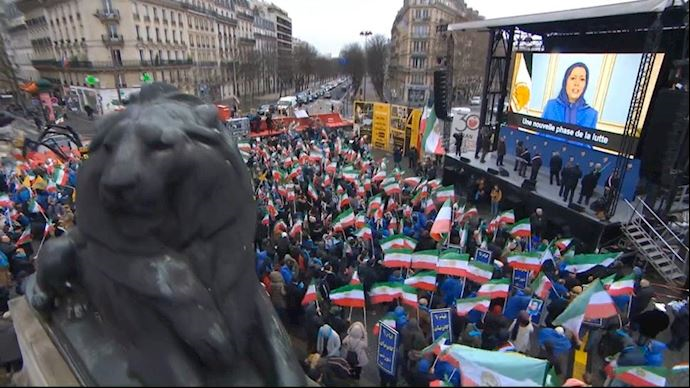 The protestors were holding placards that read: 'We will not rest until we get our rights.'

On the same day, a group of teachers in the Esfarvarin district of Qazvin Province, northwest Iran, rallied outside of the local governorate building, protesting the hollow pledges provided by the housing cooperative and the judiciary failing to hold them accountable judiciary after twelve years.

In the meantime, according to the fox news Iranians from across the globe rallied in Paris on Friday calling for a free Iran and seeking regime change by the Iranian people and their organized opposition, the National Council of Resistance of Iran (NCRI).

The rally took place as a few days remain to the 40th anniversary of the 1979 Revolution which saw the ouster of the Shah regime and the rise of mullahs to power in Iran.

Iranian opposition President Maryam Rajavi delivered the keynote speech at the event, as the rally also featured a slate of international dignitaries, mainly from France.

Mrs. Rajavi said: "with the overthrow of the Shah’s corrupt dictatorship and his regime of torture, his true successors, namely Khomeini and Khamenei, took over the helms. Now is the turn of the mullahs to be overthrown. She added, our nation has started a new era, a new phase, in her battle to bring down the mullahs’ theocratic rule. Therefore, they expect the international community to respect their struggle and recognize their high goal of liberating Iran and the entire world from the evil and mischief of the mullahs’ religious fascism. Western governments bear double responsibility in this regard because they have had a role in preserving this regime, particularly in the past two decades". 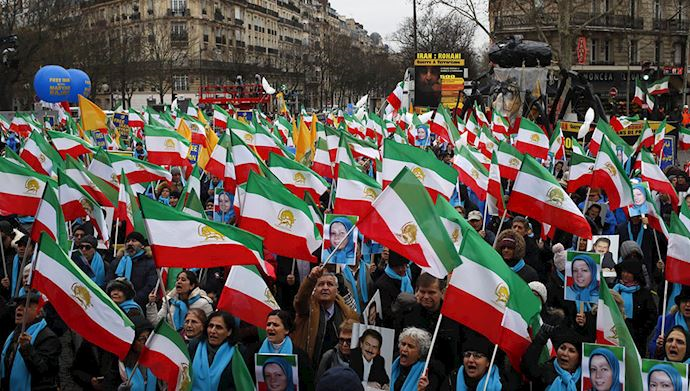 The rally addressed by the European dignitaries. “All European governments, open your eyes. Restore the dignity of your countries. Support the Iranian Resistance. Stop following your economic interests at the expense of your dignity,” said former French Senator Jean-Pierre Michel “The Iranian regime has the world record in executions. The Iranian government has cracked down on protests by workers. That’s why syndicates in France are supporting their movement,” said Gerard Lauton, representative of French Teachers’ Syndicate.

“Resistance Units today are the evolution of all the struggles of the Iranian people in the past century,” said NCRI Secretary Mahnaz Salimian.

“In the past year, several Iranian diplomats have been arrested and expelled from European countries because of their involvement in terrorist activities,” former European Parliament Vice-President Alejo Vidal-Quadras explained as he reviewed Tehran’s recent terror record.

One speaker, former French Sen. Jean-Pierre Michel, said in an interview that "I'm not a fanatic of Mr. Trump ... but I think the United States is right about Iran." He chastised Europeans for what he views as their softer approach to Tehran.

He praised MEK for having a woman at its head who says she wants democracy and separation of church and state in a future Iran, and he hopes one day to visit Tehran with Rajavi, saying, "It keeps me alive."

“The Iranian regime is serious in saying the movement led by Mrs. Rajavi is a real threat to its rule. The Iranian regime has escalated its terrorist activities, its support of terrorist groups in the Middle East and its development of ballistic missiles,” the ISJ President warned.

The European Union must once and for all put an end to its appeasement policy and support the Iranian Resistance by blacklisting the entire MOIS and IRGC.

“I’m very hopeful that we will soon see the end of the mullahs’ regime,” he finalized.