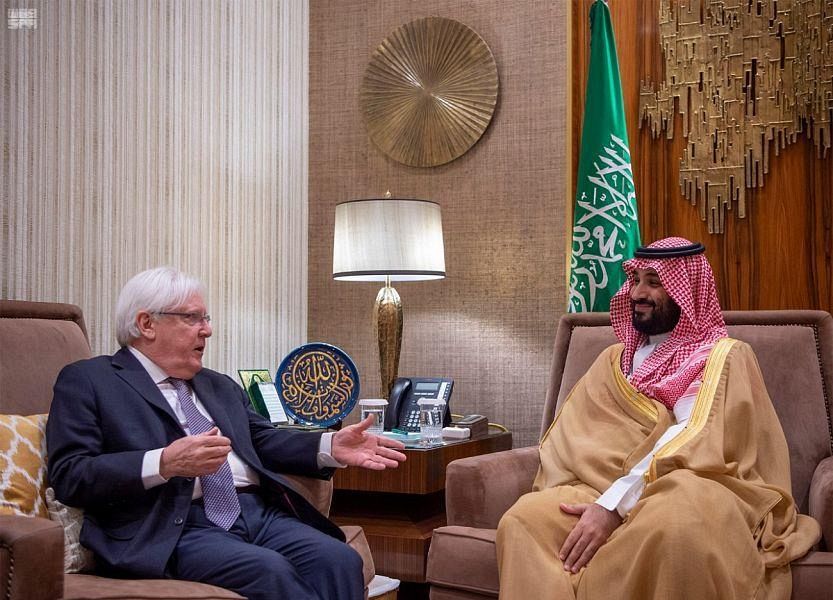 During the meeting, Griffiths congratulated HRH the Crown Prince on the success of the Kingdom of Saudi Arabia's efforts to reach the signing of Riyadh Agreement between the Yemeni government and the Southern Transitional Council.

HRH the Crown Prince affirmed the Kingdom's keenness on all what may serve the interests of the Yemeni people and the security and stability of Yemen, hoping that Riyadh Agreement would usher in wider understandings among the Yemeni people to reach a comprehensive political solution to end the Yemeni crisis.

The meeting also discussed the latest developments in Yemen and the efforts being exerted towards them.