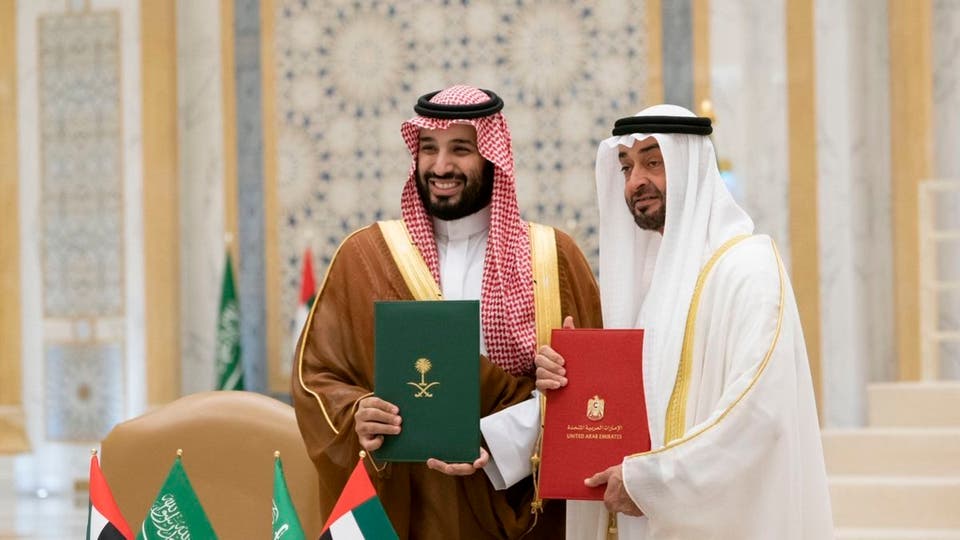 The unrivaled relationship between the Kingdom and the UAE takes a major new step towards strategic integration and deepening of cooperation in all fields.

We describe the relationship as unrivaled because it adds to the ties of history, blood relations and common destiny the practical implementation of partnership and joint action.

According to His Royal Highness Crown Prince Mohammad bin Salman, this relationship brings an exceptional model based on the strengths of the two countries, the spirit of determination, leadership and creativity enjoyed by the people of both countries.

Eleven Memorandums of Understanding and strategic initiatives have been signed to take coordination between the two countries to another stage of a promising bright future for the two brotherly countries.

They aim to consolidate the social awareness of the Saudi and Emirati peoples by engaging them in one fabric and shared dreams of a more beautiful tomorrow.

It is a stage of prosperity, development and peace whose effects will extend far and will serve as a beacon of prosperity for the entire region.

Undoubtedly, the ideal Saudi-Emirati relationship do not serve the interests of its two parties but it also serves as two wings of the dreams and aspirations of the people of the region.

This strategic cooperation carries economic and political fruits and embodies a successful model in achieving prosperity and stability and upholding the principles of knowledge and action, away from slogans and rhetoric speeches.

Once it is spread, it will help the entire region out of wars, unrest and sectarian and civil tensions by establishing an alternative and realistic model of how to run states and fulfill demands of peoples.

KSA and UAE share a strategic choice which is achieving welfare, progress and prominent international standing.

Thus, it was no coincidence for the two countries to embrace two major events the next year; the G20 Summit in KSA next November and the Expo 2020 in UAE - in an ideal embodiment of the ambitious goals of the two countries' wise policy, making the next year the year of achievements as described by the Saudi Crown Prince.

It also clearly demonstrates the effectiveness of the path taken by KSA and UAE together to achieve progress and peace.