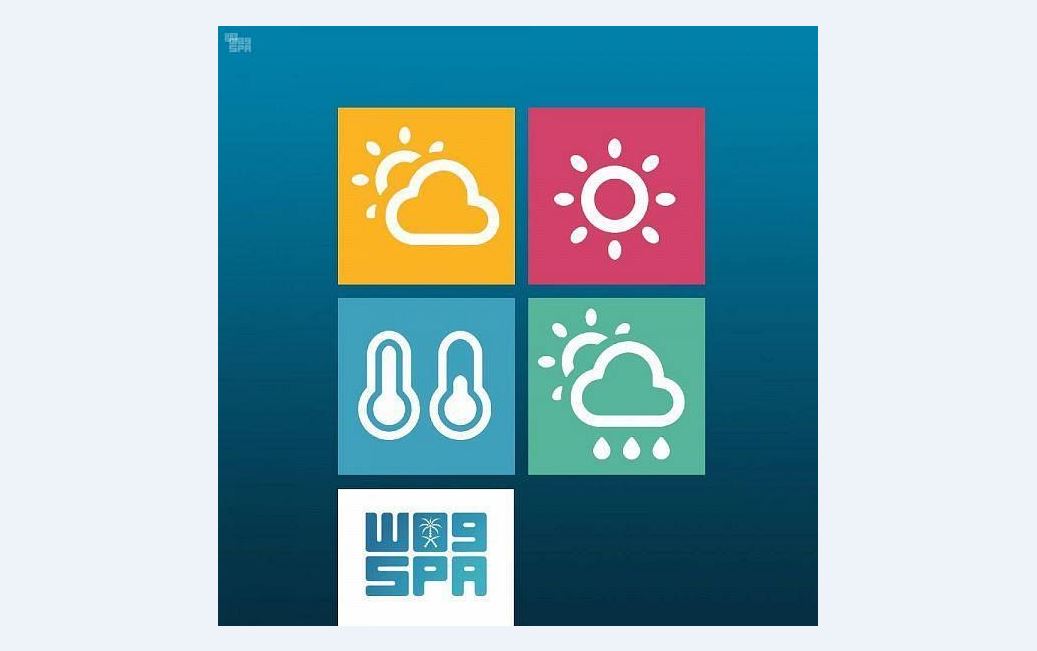 The General Authority of Meteorology and Environment Protection foretasted the weather for today as thunderstorms accompanied by active surface winds on the regions of Jazan, Asir, Baha and Makkah, as well as parts of the regions of Riyadh, Eastern Region, Qassim, Hail and Madinah.