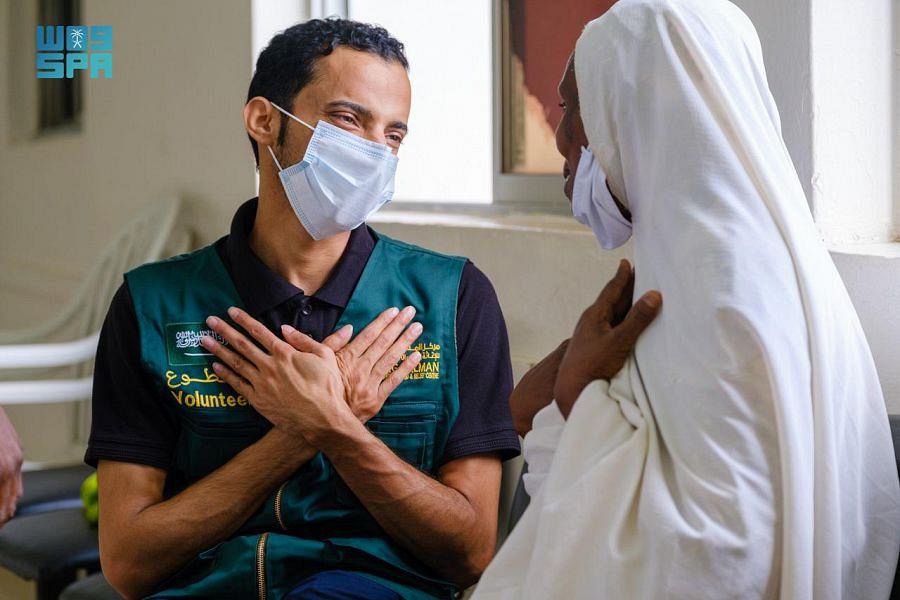 Saudi Arabia is the Largest Donor of Aid to Yemen, Dr. Al-Rabeeah

Advisor at the Royal Court and General Supervisor of King Salman Humanitarian Aid and Relief Center (KSrelief) Dr. Abdullah bin Abdulaziz Al-Rabeeah confirmed that the Kingdom of Saudi Arabia has for many years been the largest donor country to Yemen, providing over the past six years more than $18 billion. According to the UN Financial Tracking Service, the Kingdom provided more than 848 million US dollars in support of Yemen during the current year alone.
This came during Dr. Al-Rabeeah's participation today in the high-level meeting in favor of Yemen, organized by the governments of the Kingdom of Sweden, Switzerland and the United Nations Office for the Coordination of Humanitarian Affairs (OCHA), with the participation of representatives of donor countries, United Nations agencies and international organizations, on the sidelines of the 76th session of the United Nations General Assembly in New York.
He explained that the Yemeni people have faced major humanitarian crises over the past decades, exacerbated by the conflicts erupting in the country, stressing that although donor countries have provided billions of dollars over the past six years to mitigate the effects of humanitarian crises in Yemen, the humanitarian organizations are still facing several obstacles and challenges, especially with regard to the delivery of humanitarian aid to Yemeni areas of need, due to the ongoing violations committed by the Houthi militias which prevent the delivery of aid to the beneficiaries.
He also expressed his regret that children and women are the most affected by these violations, which limit their access to food and necessary medical supplies, explaining that as an extension of the Kingdom of Saudi Arabia's humanitarian stances and its continuous support for Yemen, through KSrelief and in coordination with the United Nations and international and local non-governmental organizations, the projects will continue to be implemented in Yemen during the remainder of 2021, which are estimated at $90 million.
KSrelief General Supervisor added that financial donations alone will not alleviate the humanitarian crisis in Yemen, and that it is no secret that the ongoing aggression being carried out by Houthi militias against United Nations organizations and international non-governmental organizations deepens the suffering of the Yemeni people, especially in the areas that they control.
He called for the need to support the initiative presented by the Kingdom of Saudi Arabia to end this conflict and achieve lasting peace for the Yemeni people.
The meeting discussed the current humanitarian situation in Yemen and the development of setting appropriate mechanisms to promote humanitarian work and the capacities of international organizations working there, in addition to discussing the challenges facing the most vulnerable groups and their protection.