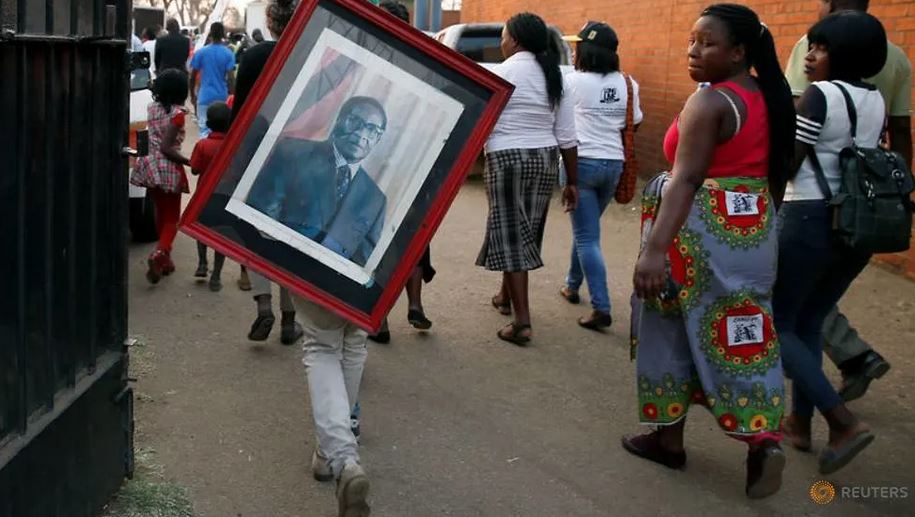 Zimbabwe's Mugabe to be buried at national shrine, family says

Zimbabwe's founder Robert Mugabe will be buried at a national shrine in Harare on Sunday (Sep 15), the Mugabe family spokesman said on Friday, contradicting comments a day earlier which suggested the family was resisting the government's burial plans.

Mugabe, who ruled Zimbabwe for 37 years until he was ousted by his own army in November 2017, died in a Singapore hospital a week ago aged 95.

A fight over his burial place has threatened to undermine his successor, President Emmerson Mnangagwa, Mugabe's former deputy who conspired to topple him, and expose deep rifts in the governing ZANU-PF party.

"I can confirm that he will be buried at the National Heroes Acre on Sunday," family spokesman Leo Mugabe said, adding that an official ceremony would be followed by a private family event at the monument to heroes of the liberation war against white minority rule.

He said the traditional chiefs in Mugabe's homestead had made that decision.

Mugabe's body arrived in Zimbabwe from Singapore on Wednesday and started three days of lying in state on Thursday.

Some of Mugabe's relatives have expressed bitterness at the way former comrades including Mnangagwa ousted him and pushed for Mugabe to be buried in his home village.

On Friday, foreign dignitaries were due to start arriving in Harare ahead of a state funeral planned for the country's National Sports Stadium on Saturday.