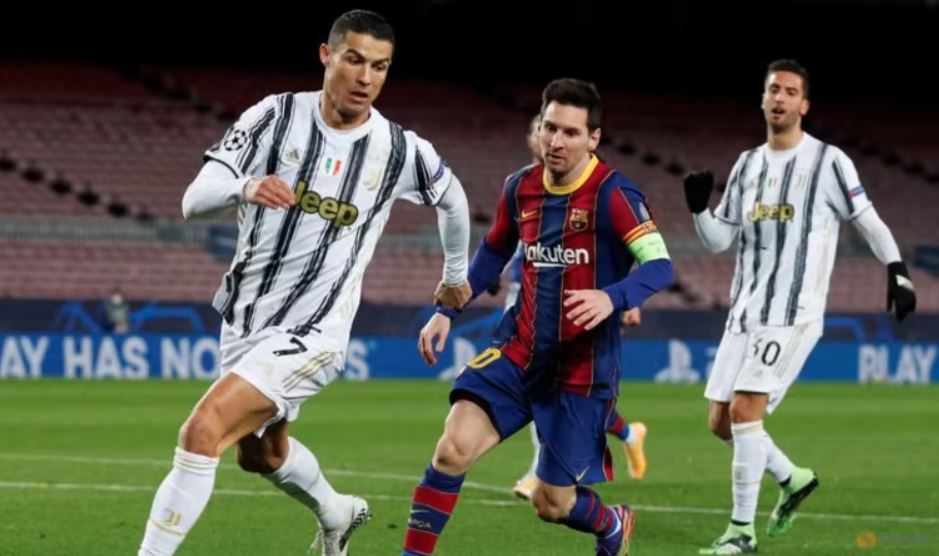 A new chapter in the celebrated rivalry between Cristiano Ronaldo and Lionel Messi will unfurl on Thursday when they meet in an exhibition match as the Portugal forward gears up for his first game in Saudi Arabia since joining Al Nassr.

After a glittering career in Europe that saw him win four Champions League titles with Real Madrid and two Scudettos at Juventus, Ronaldo signed for Al Nassr, describing it as the "right moment" to share his experience in Asia.

The Saudi club is the latest stop in Ronaldo's career that began in 2002 at Sporting CP before the forward spent two spells at Manchester United, the last of which ended on a bitter note as he exited following his acrimonious split with the club.

Ronaldo and Messi, who have dominated football's debate about the greatest of all time (GOAT) for the best part of 10 years, will face off on the pitch on Thursday for the first time since December 2020 when Juventus beat Barcelona 3-0.

Ronaldo will lead Riyadh ST XI, a team made up of players from Al Hilal and Al Nassr, against Messi's Paris St Germain in the exhibition contest where nothing is at stake, but fans are still excited by the prospect of watching the two stars clash.

The highly anticipated showdown, which will take place at the King Fahd Stadium in Riyadh, reportedly had more than two million online ticket requests.

The bidding for a VIP "Beyond Imagination" ticket to the match has already topped 10 million riyals ($2.66 million) in an auction that is set to end later on Tuesday.

The game has also captivated fans as it comes just over a month after Messi helped Argentina win the 2022 World Cup, the missing piece in his vast trophy collection.

Ronaldo also made headlines during the tournament, becoming the first player to score in five World Cups, but he ended up in tears after Portugal were knocked out in the quarter-finals by Morocco.

While Thursday's friendly will be Ronaldo's first in Saudi Arabia, the 37-year-old's first competitive appearance will come in the Saudi Pro League on Sunday when Al Nassr host Al Ettifaq.

Last month, he signed a two and a half year contract with Al Nassr, estimated by media to be worth more than 200 million euros ($216.28 million), but has had to wait to play because of a two-match ban by England's FA for knocking a phone out of a fan's hand in April.

The exhibition game will also feature other key PSG players such as Kylian Mbappe, Sergio Ramos and Neymar, while Saudi internationals Salem Al-Dawsari, who scored in the shock group-stage win over Argentina, and Saud Abdulhamid will play too.

French newspaper L'Equipe reported on Monday that PSG will earn just over 10 million euros for the game.