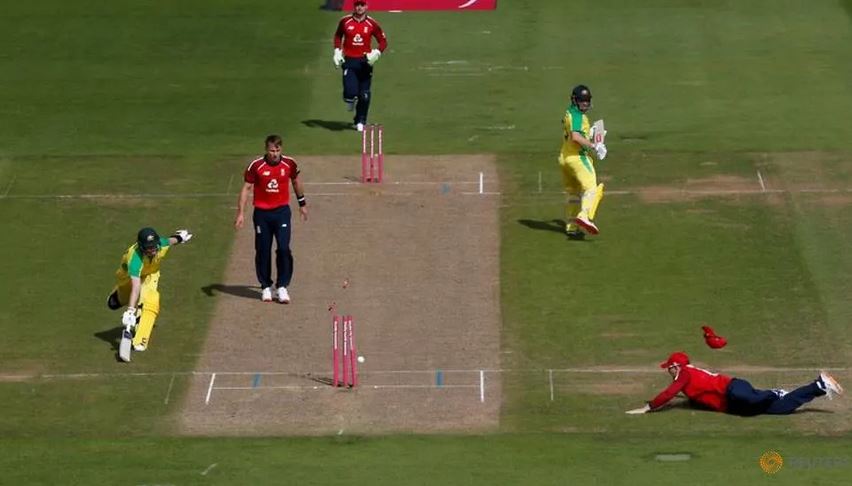 Cricket: Australia's Smith no certainty for series-decider against England

Australia batsman Steve Smith is recovering from his head injury but is no certainty to be recalled for the one-day series decider against England, coach Justin Langer said on Tuesday (Sep 15).

Smith missed the first two matches after being hit on the head by a ball in the nets last week and is expected to have his fitness assessed during a training session later in the day.

The decider is at Old Trafford on Wednesday.

"He is definitely tracking in the right direction and we are hopeful he will be right for (Wednesday)," Langer told reporters in a video call.

"He did all his running (on Monday), some high speed running, worked hard as part of the protocols. He has ticked every box at the moment."

England won the second ODI on Sunday by 24 runs to level the three-match series after the visitors, chasing a modest target of 232, suffered a dramatic collapse.

Australia opener David Warner has struggled for form, scoring six, six and a duck in his last three innings of the white-ball tour, including the T20 series.

He has been dismissed in all four matches he has played by Jofra Archer, who has now taken the lefthander's wicket seven times in 10 internationals, including three in last year's Ashes.

"It's been a great contest, hasn't it?" said Langer.

"Davey, he is a superstar. He is an incredibly important part of our side, so I am sure he is working over-time to certainly be up for (Wednesday) night's game."