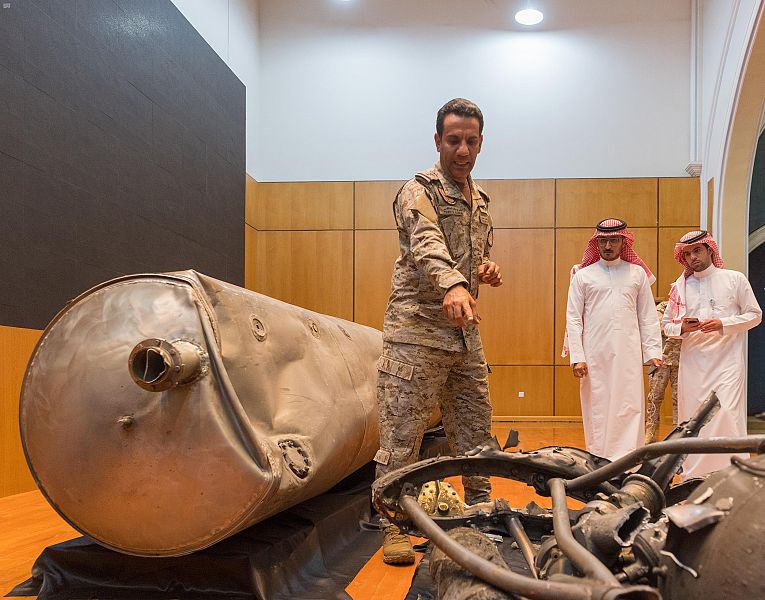 The Official Spokesman of the Coalition to Restore Legitimacy in Yemen COL Turki Al-Malki, confirmed that the targeting carried out by the Houthi terrorist militia yesterday, Saturday, by launching two ballistic missiles towards the Kingdom, deliberately targeting civilians in the Kingdom, and targeting the unity and solidarity of the world's countries, especially with the exceptional international circumstances in combating Coronavirus..

This came in a press statement today to the media after the Saudi Royal Air Defense Forces intercepted and destroyed two ballistic missiles launched by the Iranian-backed terrorist Houthi militia from (Sana’a) and (Sa’dah) towards the Kingdom.

Colonel Al-Malki stated that the Saudi Royal Air Defense Forces managed to intercept and destroy the two ballistic missiles, stressing that the Houthi militias have not succeeded in achieving any of their goals by launching ballistic missiles or drones, and stressing that Saudi Arabia continues to protect its lands and citizens, and also continues to play a leading role in solidarity with the international community in eliminating the Corona pandemic and limiting its spread. 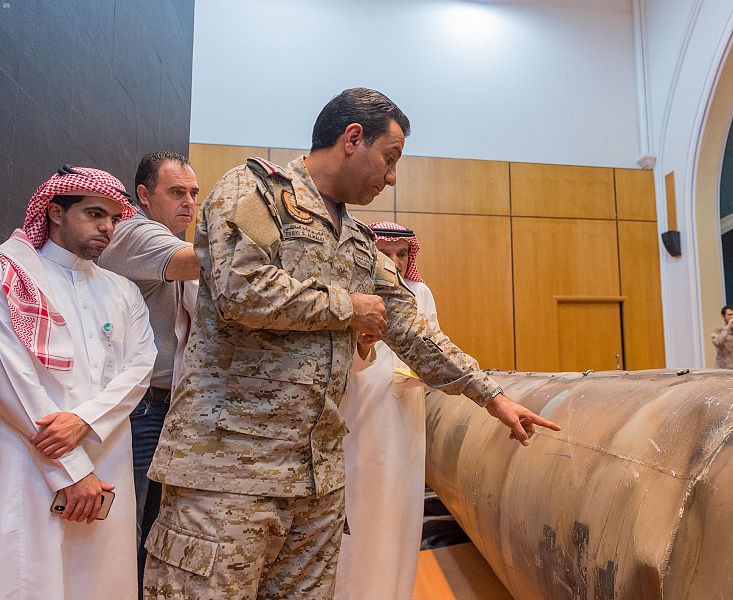 Colonel Al-Malki said, "The kingdom is strong with its leadership, people, and valiant armed forces men and the Houthi militia will not be able to reach its targets, pointing out that the Houthi militia is the first terrorist group in the world to obtain ballistic missiles, referring to the Iranian Revolutionary Guards' support for the Houthis, without whom these militias would not be able to continue for this period, which is deliberately deepens the wounds of the Yemeni people and continues the suffering.

He pointed to the targeting and failed terrorist attempts a few days ago, in a brutal barbaric attack by the Houthi militia and the Iranian Revolutionary Guard Corps on civilians in the cities of Abha and Khamis Mushayt, counting these terrorist acts as an extension of failed cowardly operations carried out by these terrorist militias.

And regarding his view of the two missiles launched by this militia at this time, especially in the light of the crisis that the whole world is suffering from, which is represented in fighting the epidemic of the new Coronavirus (Covid 19), Al-Malki said, There is a contradiction between what the Houthi militia is doing and its hostile and terrorist actions, as there is a call by the Secretary-General of the United Nations for a ceasefire and a reduction of escalation, and end the coup, and there was acceptance by the legitimate Yemeni government of this call and the coalition supported it, noting that after accepting the Houthi militia there was a launch of drones and two ballistic missiles yesterday, Saturday, in deliberately targeting civilians, stressing that the world is united in facing the Corona pandemic .

He pointed out that the continuation of hostilities by the Houthis confirms the support by the Iranian regime for them, as the Houthi militia has no decision to be part of the Yemeni social component, or even the political one, as well as military operations have also been run by the Iranian Revolutionary Guard, specifically from the General in the Guard Abdul Rida Shahlay from Sana’a.

As for the coalition response to the militias after this attack, Colonel Al-Malki confirmed that according to the international humanitarian law, the Kingdom has the right to protect its citizens and residents on its soil.

Al-Malki stated that the number of ballistic missiles fired at the Kingdom since the beginning of the military operations amounted to 307, while the number of drones reached 338, along with militia violations of international humanitarian law and the threat of maritime navigation and global trade lines south of the Red Sea and Bab el-Mandab, where 46 booby-trapped boats were destroyed, stressing that the Saudi armed forces efficiently combated these savage and hostile acts by the Houthi militia and its supporters.