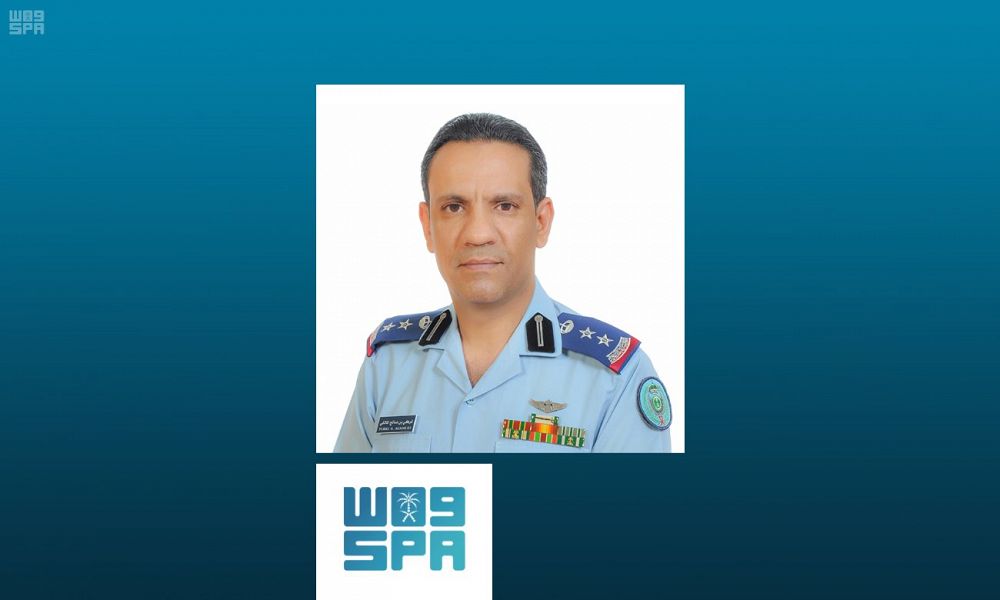 The official spokesman of the Coalition Forces (The Coalition for Supporting Legitimacy in Yemen) Colonel Turki Al-Malki stated that at 10:15 a.m., the Royal Saudi Air Defense Forces (RSADF) monitored a ballistic missile launched by Iran-backed Al-Houthi militias from Yemeni territories (City of Saada) towards the Kingdom's territories.

He pointed out that the missile, which targeted the City of Najran, was deliberately launched to target civilian and populated areas, as the RSADF have successfully intercepted and destroyed it without causing any injuries.

Colonel Al-Malki added that this hostile action by terrorist Al-Houthi militias backed by Iran proves the continuing involvement of the Iranian regime in supporting Al-Houthi armed militias with qualitative capabilities in a clear and explicit defiance for the violation of United Nations resolutions (2216 and 2231) in order to threaten the security of the Kingdom of Saudi Arabia and the regional and international security and that launching ballistic missiles towards densely populated cities and villages is contrary to the international humanitarian law.