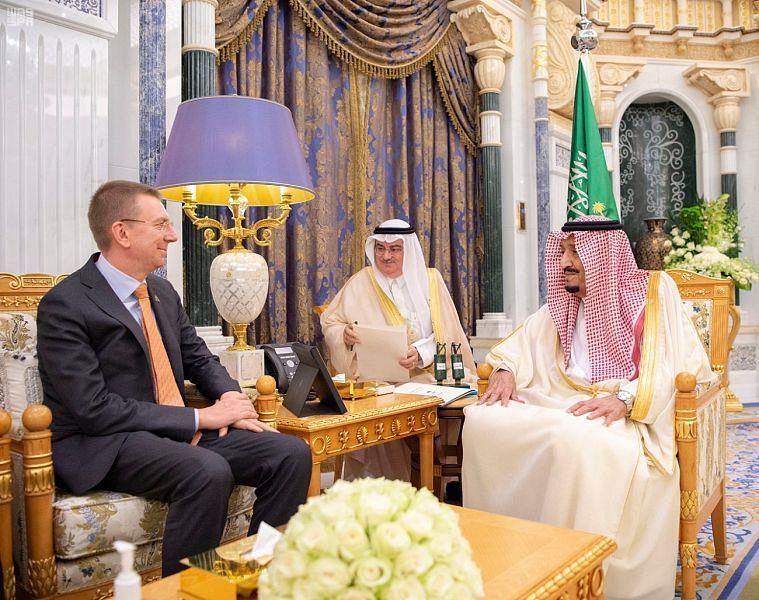 The Custodian of the Two Holy Mosques King Salman bin Abdulaziz Al Saud received today Minister of Foreign Affairs of the Republic of Latvia Edgars Rinkēvičs and his accompanying delegation.

During the meeting, they discussed ways to develop and strengthen relations between the two countries in various fields.