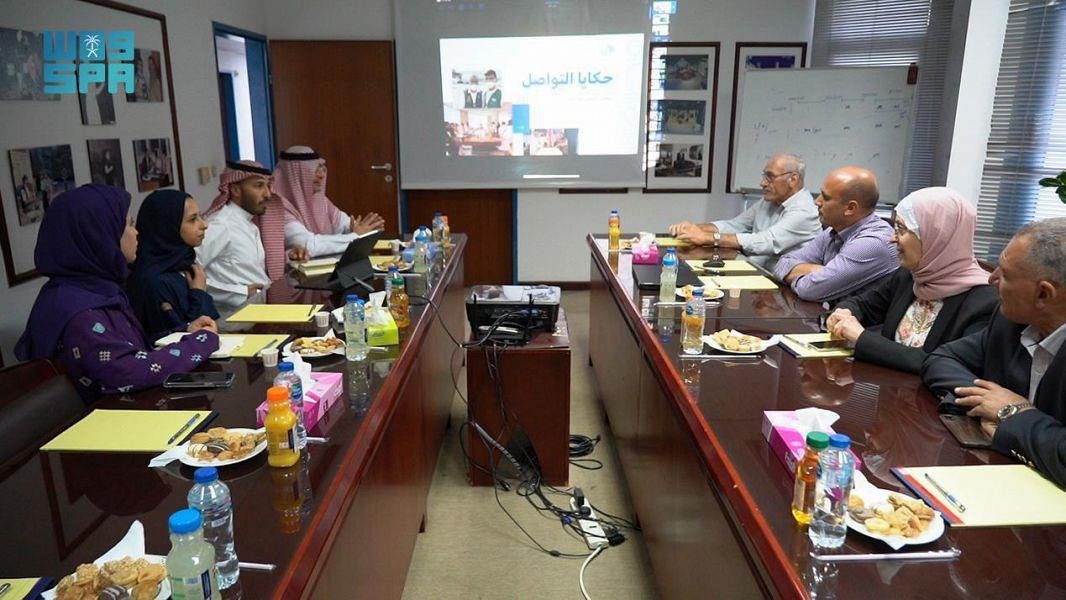 A delegation from the Center for Government Communication (CGC) at the Ministry of Media in the Kingdom of Saudi Arabia, on the sidelines of the visit of His Royal Highness Prince Mohammed bin Salman bin Abdulaziz, Crown Prince, Deputy Prime Minister and Minister of Defense, to Jordan, met with officials at the Jordan Media Institute and the Jordan Media City.
The two sides discussed possible cooperation and partnership opportunities, reviewing several experiments and expertise in the fields of planning, media production and training.
CGC delegates delivered a presentation on the outcomes of the center works during 2021 and its top projects in the first half of 2022, including the preparing of media plans, organizing the periodic press conference for government communication, designing visual IDs, in addition to the works of media operation room and covering local and international events and occasions, and joint production experiments.
The delegation members also reviewed the "Mutahidithoun" (spokespeople) project in its first and second editions, which targets developing the capabilities of spokespeople of government institutions and commentators in leading fields, and the media race project "Mediathone" that aims at innovating and developing solutions to media challenges with the participation of individuals and institutions.
Undersecretary of the Ministry of Media for Communication Spokesperson Dr. Abdullah Al-Maghlouth stressed that the meeting with officials in the two institutions reflects the deep-rooted relations between the two countries, and the importance of communication and exchanging media expertise in the fields of training and education as in the institute, and in the field of work and field practice that would benefit the two sides with scientific and practical experiments, and checking on modern practices in the media and communication sector.
He added that the meeting witnessed reviewing several experiments on production, training and communication, praising the media experiments that reflect what the Hashemite Kingdom of Jordan enjoys of a big media heritage.