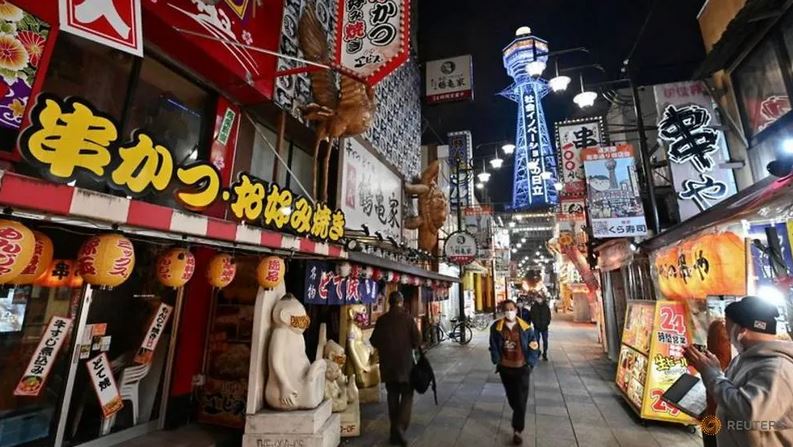 Pedestrians wearing protective face masks walk on a nearly empty street at the Shinsekai shopping and amusement district, amid the COVID-19 outbreak, in Osaka, Japan on Jan 12, 2021. (Photo: Kyodo via Reuters)
TOKYO - Reuters

Japan to expand state of emergency, public cools to Olympics

The Japanese government said on Wednesday (Jan 13) it would expand a state of emergency it declared for the Tokyo area last week to seven more prefectures, as the public's hopes for the Summer Olympics fade with the steady spread of COVID-19.

The move comes after the governors of Osaka, Kyoto and other hard-hit prefectures requested the government announce the emergency, which gives local authorities the legal basis to place restrictions on residents' movements and businesses.

Prime Minister Yoshihide Suga has been wary about taking measures that would hamper economic activity, while he has put on a brave face against the mounting challenges of hosting the delayed Olympics in Tokyo this year.

As infections hover at record levels in a third wave in Japan, opinion polls have shown a public increasingly opposed to holding the Summer Games this year - and growing frustration with Suga.

In a weekend survey by NHK, just 16 per cent of respondents said the Games should go ahead - down 11 percentage points from the previous poll last month - while a combined 77 per cent thought they should be cancelled or postponed. The Games are set for Jul 23 to Aug 8.

Even Takeshi Niinami, CEO of beverage giant Suntory Holdings and an economic adviser to Suga, told Reuters he was unsure whether the Olympics could be held as planned, and that a decision will likely be made by end-March.

Suga is expected to announce the expanded state of emergency to include Osaka, Kyoto, Hyogo, Fukuoka, Aichi, Gifu and Tochigi prefectures from Thursday at a 7pm local time news conference.

"Unless we rein in infections in big cities, we can't stop the spread nationally," Health Minister Norihisa Tamura said at a meeting with an advisory panel, which approved the plan on Wednesday.

The latest emergency declaration covering 55 per cent of Japan's population of 126 million is set to last through Feb 7 and is much narrower in scope than the first one last spring. It focuses on combating transmission in bars and restaurants, while urging people to stay home as much as possible.

The government will also suspend an entry-ban exemption for business travellers from 11 countries and regions during the state of emergency, the Nikkei business daily reported.

Suga has been criticised for what many observers have said was a slow and confusing response to the pandemic. That is a sharp reversal from the strong support he enjoyed at the start of his tenure, when he was seen as a "man of the people" who could push through reforms.

Among the most controversial moves has been a scheme that subsidised local tourism, e 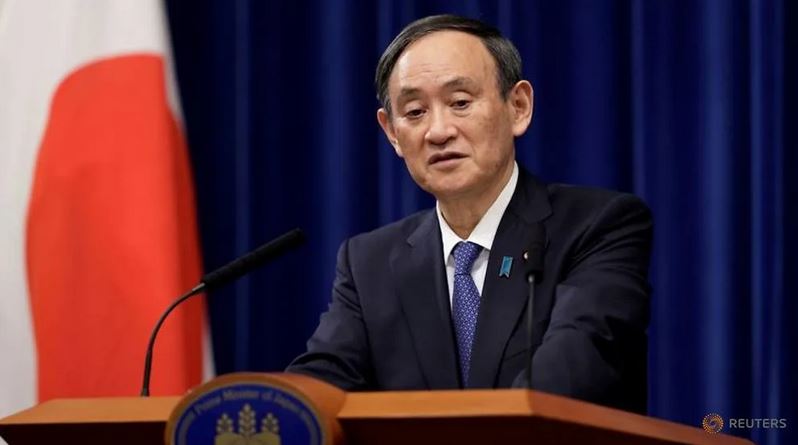 Political analyst Atsuo Ito said he saw two major problems with Suga's response to the pandemic: that it was incremental and slow, and that he was a poor communicator.

"He has almost no skill at messaging. Even at press conferences he's looking down and reading notes. That doesn't invite trust from citizens ... The result is that his support ratings are falling," Ito said.

Suga's approval rate fell below those who disapproved for the first time in an NHK poll since he took office in September - by 40 per cent to 41 per cent.

The poll also showed 88 per cent think Feb 7 is too early to lift the state of emergency - a view shared by many experts.

"Japan has been called a success story and there's been discussion about the so-called Factor X - something that makes the Japanese more resistant to the virus - but that's a complete fantasy," Niki said.