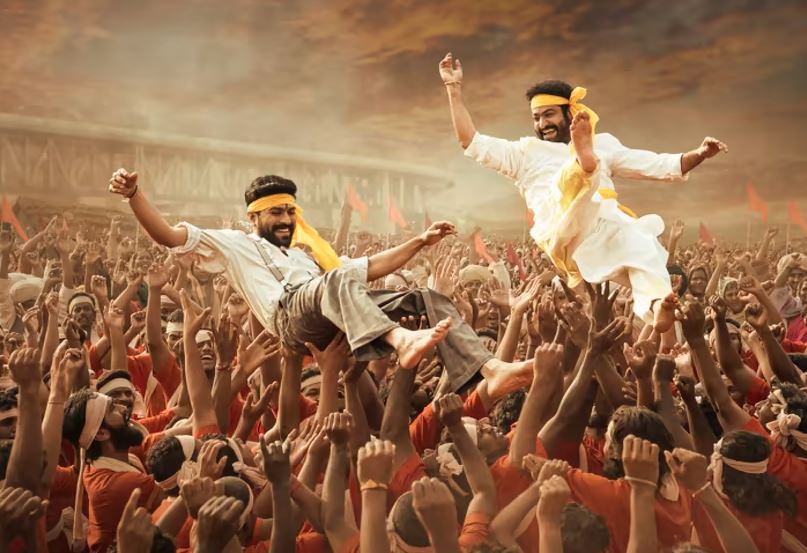 This image released by Netflix shows Ram Charan and N.T. Rama Rao Jr. in a scene from RRR.(Netflix via AP)
Agencies

Naatu Naatu nominated for best original song at the Oscars, alongside Lady Gaga and Rihanna's music

Lady Gaga and Rihanna earned Oscar nominations on Tuesday (Jan 24) in a best original song category. Gaga was nominated for Hold My Hand from Top Gun: Maverick, while Rihanna became a first-time nominee through Lift Me Up, a song from Black Panther: Wakanda Forever. The music superstars will compete at the 2023 Academy Awards in March.

Also in the running is MM Keeravaani’s Naatu Naatu from the action comedy film, RRR, written by Chandrabose. According to Deadline, it is the first song from an Indian film production to be nominated in that category.

Neeravani told Deadline: “My feelings about the Oscars is the best, because it involves the dreams of artists from all over the world; which is not a joke. It takes a great deal of effort and credibility. That’s why the Oscars is the Oscars. That’s why we respect and value it very much. And I’m very proud to be nominated for the first time from [South] Asia in this music category. I’m thrilled.”

Gaga co-wrote the Top Gun song with BloodPop, the uber-talented producer-songwriter who has created songs for several big names including Madonna, Britney Spears and Justin Bieber. It’s the fourth nomination for Gaga, who won an Oscar in 2019 for Shallow with Bradley Cooper.

Rihanna made her long-waited return to music with a major splash on the ballad Lift Me Up, which was written as a tribute to the late Black Panther star Chadwick Boseman, who died from cancer in 2020. She created the song with Tems, the film’s director Ryan Coogler and composer Ludwig Goransson, who took home an Oscar four years ago for his work on the first Black Panther film.

Taylor Swift's Carolina from Where the Crawdads Sing failed to get a nomination in the category. The song was considered an Oscar hopeful after receiving nominations for other awards including the Golden Globes.

Diane Warren received her 14th Oscar nomination through her song Applause from Tell It Like a Woman. The prolific songwriter was recognised with an honourary Oscar at the Governors Awards last year.

Also nominated is This is a Life from Everything Everywhere All at Once, which was created by Mitski, David Byrne and Ryan Lott, who along with his band Son Lux was also nominated for best original score.