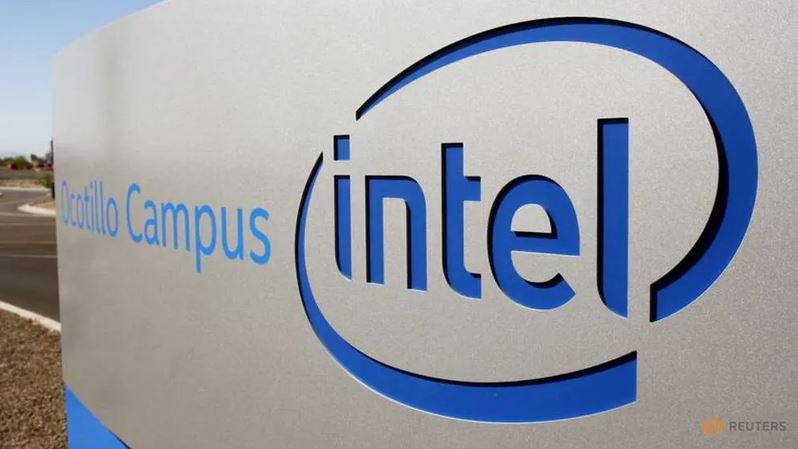 FILE PHOTO: The logo for the Intel Corporation is seen on a sign outside the Fab 42 microprocessor manufacturing site in Chandler, Arizona, U.S., October 2, 2020. REUTERS/Nathan Frandino
Reuters

Intel Corp plans to tap Taiwan Semiconductor Manufacturing Co to make a second generation discrete graphics chip for personal computers that it hopes will help it combat the rise of Nvidia Corp, two sources familiar with the matter told Reuters.

The chip, known as "DG2", will be made on a new chipmaking process at TSMC that has not yet been formally named but is an enhanced version of its 7-nanometer process, the two people familiar the matter said.

Intel, long the world leader in chip-making technology, has lost its manufacturing edge in recent years and is now debating whether to outsource some of it flagship central processor unit chips, or CPUs, slated for release in 2023.

Activist investor Third Point LLC last month sent Intel's board a letter asking it to consider whether to keep its chip design and manufacturing operations under one roof.

Intel has long outsourced chips other than its flagship CPUs and is a major customer of TSMC, the world's leading contract chip manufacturer. The head of Intel's self-driving subsidiary Mobileye last month told Reuters that its next autonomous vehicle processor will be continue to be manufactured by TSMC on its 7-nanometer process.

With its graphics chips, Intel is looking to tap into the booming PC gaming market. Its DG2 chip is expected to be released late this year or in early 2022 and compete with Nvidia and AMD gaming chips that cost between US$400 and US$600, the sources said.

The chip manufacturing technology for the DG2 is expected to be more advanced than the Samsung Electronics Co Ltd 8-nanometer process used in Nvidia's most recent round of graphics chips released in the fall, the people said. They added it would also have a leg up on the Advanced Micro Devices graphics chips made on TSMC's 7-nanometer process.

Intel officials last year said that it would outsource the DG2 chip but did not say which chip manufacturer had won the business or which chipmaking process it would use.