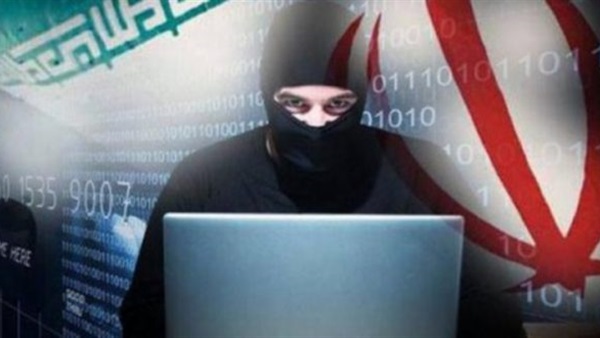 An Iraqi website ostensibly, but its management is from Qom

The Iranian regime, mired in intractable international and domestic crises, found its only way out of the crisis of overthrowing it, by striking a blow to its main alternative, the PMOI, by defaming it, falsifying and falsifying the facts related to it.

In 1982, when Khomeini was at the height of his power, he explicitly said: our enemy was not the United States, the Soviet Union, nor Kurdistan, but it is right here in Tehran, and that is the PMOI.

The current supreme leader of the Iranian regime, Ali Khamenei, clearly emphasized on several occasions that the main reason for the popular uprisings against his regime was the PMOI, after the uprisings that swept the country in late 2017 and 2019.

And recently, he warned his officials and agencies against the trend of young people being attracted to the PMOI.

The demonization campaign directed against the PMOI was one of the well-known and regular methods of the mullahs' regime since the beginning of clerical rule.

At the beginning of his rule, Khomeini alleged that the PMOI would burn the wheat crop of the farmers, torture themselves and blame the regime, and ... it was these lies and other similar allegation were designed to deceive the people and paved the way for the suppression of the PMOI. Up until today, the Iranian regime continues using various methods to demonize the PMOI, and among various methods, as the former Minister of Intelligence, Falahian, admitted, was the use of the media, such as launching websites and manage them by fictitious authors.

In this context, when the Ashraf and Liberty camps in Iraq were subjected to terrorist attacks by the mullahs' mercenaries and psychological warfare, the regime’s Ministry of Intelligence launched an apparently Iraqi website in Arabic which was ironically named as "Ashraf News" in order to defame the organization and undermine it before the Arab public opinion, but when the regime’s attempts and its agents in Iraq were discredited by the exodus of the PMOI from Iraq, the website's operation stopped.

But recently, especially after the success of the annual conference of the Iranian resistance, which was held on July 17, 2020, the Ministry of Intelligence re-activated the website and started publishing articles against the PMOI under a fictitious name "Ahmed Jafar Al-Saadi", which were later published in other Iraqi websites by exploiting loopholes in their management.

Of course, as soon as the administration of these credible websites realized this suspicious method of the mullahs' regime, they refused to publish the articles of the Ministry of Intelligence, and demanded identifying information for the acclaimed author, which turned out that he does not actually exist.

The regime’s ploys have recently been uncovered by websites that are not affiliated with the regime and are not prepared to be its propaganda mouthpiece. In addition to its domestic repression the regime is also engaged in killing people in the neighboring countries, namely Syria, Iraq, Lebanon and Yemen.

The regime has become growingly concerned as its misinformation machinery has lost steam and popular discontent leading to nationwide uprising appears inevitable. Thus, the mullahs' agents are targeted and expelled from independent and credible Arab websites.

Finally, it is important to uncover the truth about the “Ashraf News” website, which the Ministry of Intelligence tries to present it as an Iraqi website and distancing itself from it. It is in fact managed from Iran, specifically from the city of Qom. Its domain was registered by a company called CSL Computer Service Langenbach GmbH in Germany.

This website was registered in December 2012, at the height of the Quds Force attacks led by Qassem Soleimani, and when the regime’s ambassador to Baghdad was Danaifar. In cooperation with the Iraqi Prime Minister Nuri al-Maliki, they launched a psychological war against the PMOI. After the PMOI left Iraq, the website was frozen. As per this company registration, its expiration date is December 2020

Interestingly, Tooba Web is a subsidiary of the Ministry of Culture and Islamic Guidance and is commercially registered in the city of Qom at the address of the Publishers Complex, fourth floor, Unit 428

The host company that provides services to Tooba Web in Iran is in Germany, at the following address:

The above information about the regime’s efforts is just the tip of the iceberg.