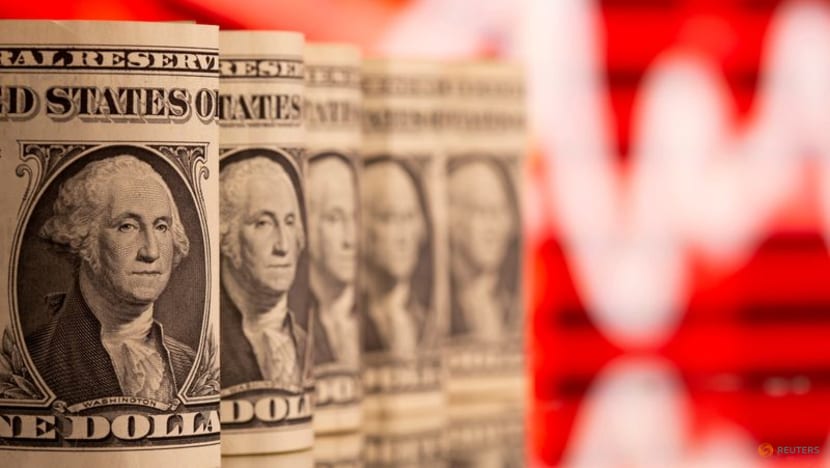 The dollar index stood at 92.536, about 0.2per cent lower on the day from Tuesday, when it dropped following the inflation data only to recover on haven demand as stocks slid on Wall Street.

The index has meandered between 92.3 and 92.9 over the past week as several Fed officials have suggested the U.S. central bank could reduce its buying of debt securities by the end of the year, even after a much-weaker-than-expected payrolls report at the start of the month.

The Federal Open Market Committee (FOMC) holds its monetary policy meeting next week, with investors keen to find out whether a tapering announcement will be made.

Tapering tends to benefit the dollar as it suggests the Fed is one step closer toward tighter monetary policy. It also means the central bank will be buying fewer debt assets, effectively reducing the number of dollars in circulation.

"Eventually, inflation numbers provided no answers to the market's dilemma around the timing of Fed tapering," said Francesco Pesole, G10 FX strategist at ING in a note to clients.

"The quick reverse in dollar weakness, however, could suggest that some short delay in the tapering announcement (i.e. in November instead of September) may not be enough to generate a sustained dollar downtrend. After all, the dollar has recently received support from the narrative of a potential combination of monetary tightening and slowing growth in the medium term: it is no surprise that a marginal decrease in inflation did very little to ease such concerns."

One euro bought US$1.1816 on Wednesday, mostly flat from the previous session.

The dollar slipped slightly to a 3-week low of 109.44 yen, keeping close to the centre of the trading range of the past two months.

Commonwealth Bank of Australia is more bullish on the dollar's prospects, predicting that accelerating employment costs in the United States will keep consumer prices elevated.

"Above‑target inflation will prove more persistent than the FOMC expects," Carol Kong, a strategist at CBA, wrote in a report.

"The implication is the FOMC will likely need to raise the Funds rate by more than what markets are currently expecting, which could support the USD down the track."

Adding to the broader China worries in financial markets was a media report that embattled property developer China Evergrande Group won't be able to make interest payments on its debt next week.

The yuan extended its decline for the day to as far as 6.4433 yuan per dollar before trading about 0.1per cent weaker at 6.4410, threatening to snap a five-day string of gains.

The Aussie sank as low as US$0.73015 for the first time in more than two weeks following China's data, but recovered to be little changed at US$0.7320.