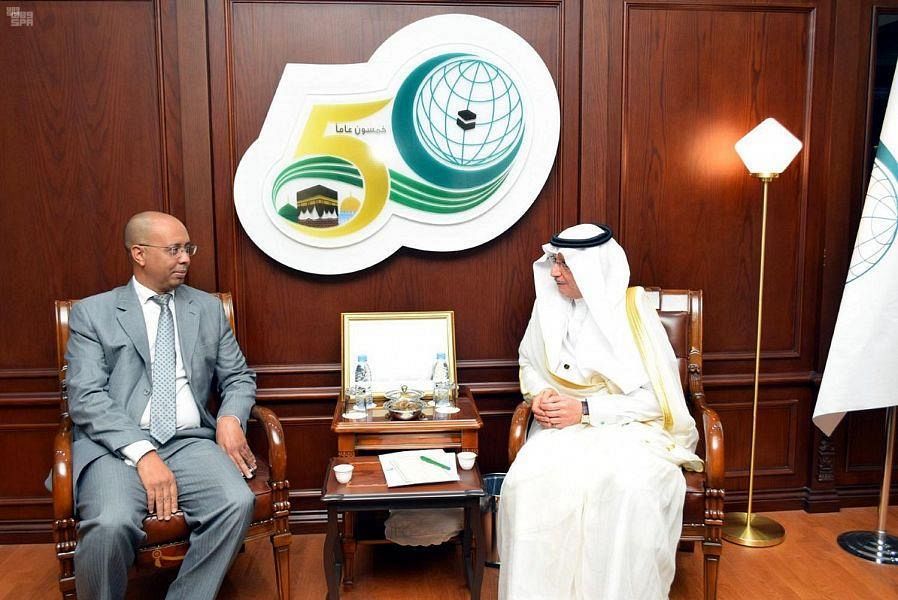 The Secretary General of the Organization of the Islamic Cooperation (OIC) Dr. Yousef bin Ahmed Al-Othaimeen received here today Permanent Representative of the Islamic Republic of Mauritania to the Organization Ahmed Mahmoud Sweid, who bade farewell to him on the occasion of the end of his tenure as his country's Permanent Representative to the OIC.

The Secretary General expressed his thanks and appreciation for the contributions made by Sweid during his tenure as a permanent representative of Mauritania to the organization, wishing him success in his future missions.