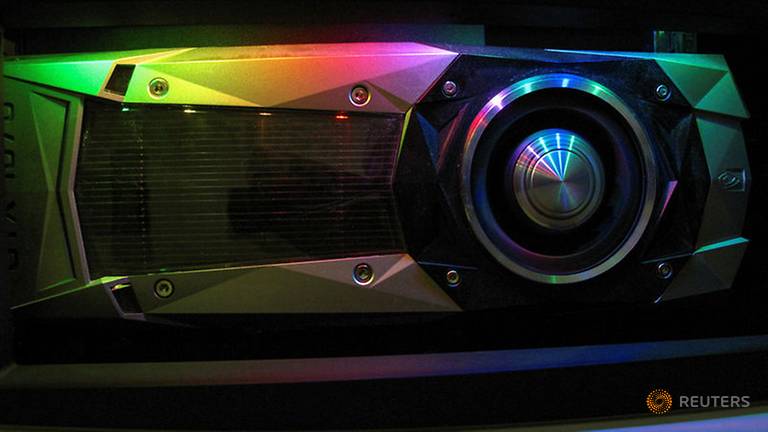 Graphics chipmaker Nvidia Corp is trying to grab a bigger slice of the business computing market from dominant rival Intel Corp with a new set of software tools released on Wednesday (Oct 10).

With new software it calls RAPIDS, Nvidia is hoping to move beyond the fast-growing but relatively small market for artificial intelligence chips. It's aiming for the much larger market for chips that do basic business data crunching such as forecasting inventories. Nvidia announced the software at a conference in Germany.

Nvidia got its start in the 1990s with graphics processors to make video games look more realistic. But in recent years its chips have become used as so-called "accelerators" in data centers to speed up artificial intelligence work, like training computers to recognize images or human speech.

Nvidia's processors are not direct replacements for Intel's general purpose computing chips. But when businesses use a lot of Nvidia's chips, they often buy Intel's chips at a slower rate.

But for all the buzz artificial intelligence generates, other types of computing - like perfecting analytical models for more accurate inventory forecasts - are more common in businesses. Nvidia's new software aims to speed up that kind of work. 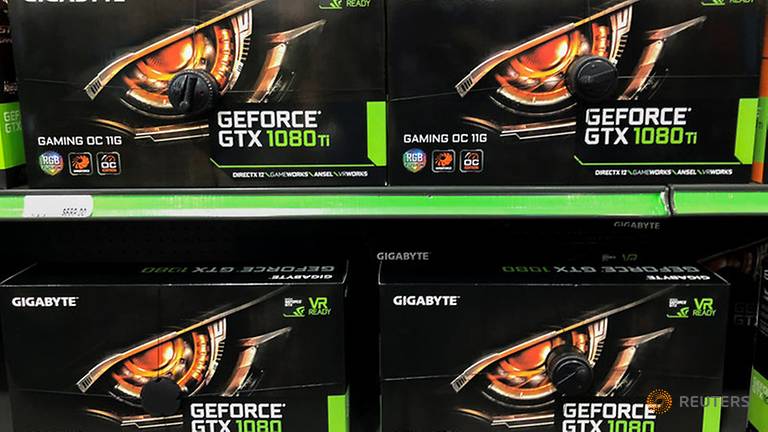 Nvidia has teamed up with a range of companies, including Hewlett Packard Enterprise, Oracle Corp and a branch of International Business Machines, to release the new tools. They are being used by Walmart Inc, Nvidia said.

"It's really an ecosystem we're trying to build out," Jeff Tseng, head of product for artificial intelligence infrastructure at Nvidia, told Reuters in an interview.

But Nvidia will have a tough fight against Intel, whose chips are already the industry standard for business analytics work. The key will be for Nvidia to find early customers for whom the speed benefits outweigh the cost of new chips, said Stephen O'Grady, an industry analyst with RedMonk

"In many cases where we're talking about basic data science, it's going to be computationally faster," he said. "This is their big play to get into the general purpose data science side of things."