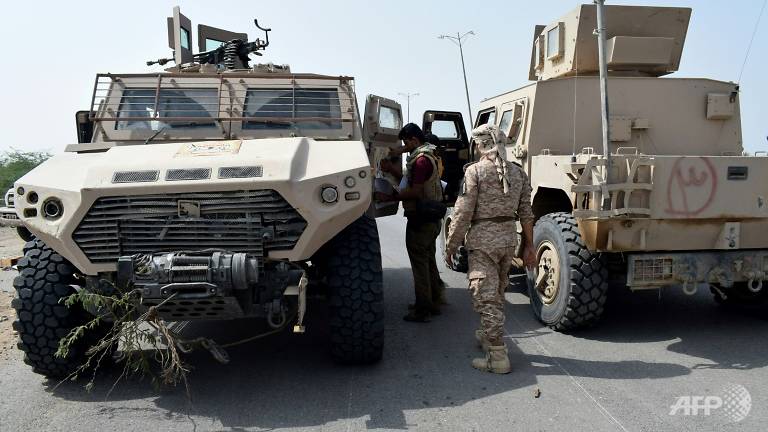 Yemeni pro-government forces said Wednesday (Nov 7) they had advanced closer to the rebel-held port city of Hodeida after fierce battles that have killed nearly 200 fighters in the past week.

The clashes come as the United Nations pushes to restart negotiations between the warring parties, after planned talks in Geneva collapsed in September before they even began.

In the past 24 hours, 27 Iran-backed Huthi rebels and 12 pro-government fighters have been killed on the outskirts of Hodeida city, a medical source told AFP on Wednesday.

A pro-government military source said that loyalists backed by a Saudi-led coalition made "limited advances" towards the city and its Red Sea port, through which more than 70 percent of the impoverished country's imports pass.

The coalition is supporting the Yemeni troops on the ground with fighter jets and Apache attack helicopters, he told AFP.

Rights groups have voiced fears for civilians after fighting intensified in the region.

Save the Children reported almost 100 air strikes - five times as many as in the whole first week of October - at the weekend.

Hodeida, one of the last Huthi strongholds on Yemen's western coast, was seized by the rebels along with the capital Sanaa in 2014.

The Saudi-led coalition intervened on the side of the government the following year.