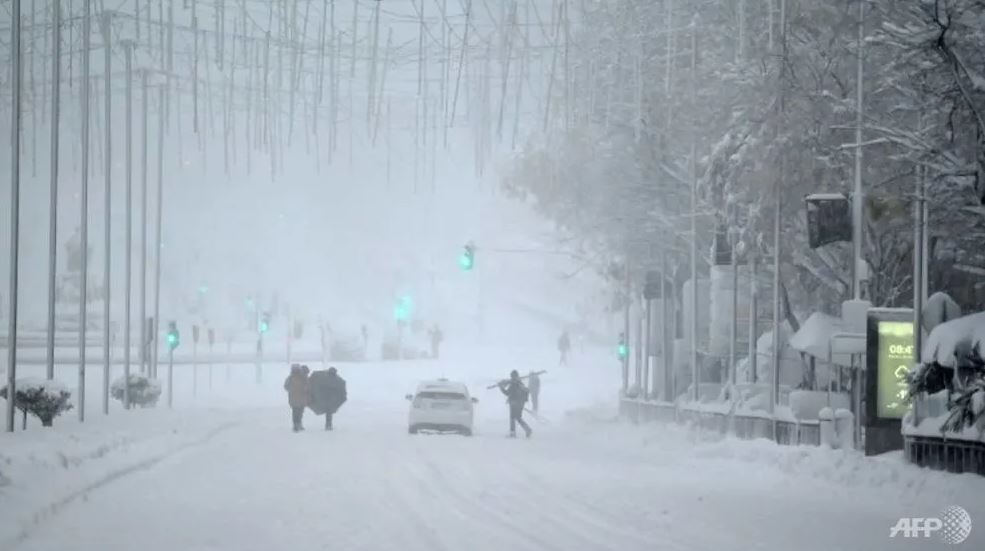 Atletico Madrid's La Liga game at home to Athletic Bilbao had to be called off on Saturday (Jan 9) as Spain was engulfed by an historic snowstorm.

The snowfall in Madrid on Friday was the heaviest since 1971, with drivers left stranded on motorways and the capital's air and rail links closed.

Athletic Bilbao's players were unable to land in the city and returned to Bilbao early on Friday evening.

Real Madrid's match away at Osasuna in Pamplona, scheduled for 2000 GMT, remained in doubt on Saturday afternoon.

Real started the weekend in second place in the table, two points behind Atletico.

Rayo Vallecano's away fixture at Mirandes was one of two called off in Spain's second tier.

Some of Rayo's players were unhappy about being made to begin their journey north on Friday night, before having to turn around due to the poor conditions.

The club put up a video on social media of their players pushing cars down the snow-covered motorway and midfielder Mario Suarez posted a photo of the road, writing: "One question... do you think you should travel like this by bus to Miranda?? I wait for your answers please..."

Alcorcon's game at home to Albacete was the other match postponed in Segunda on Saturday.

Seville was among the areas spared the awful weather conditions, with Sevilla able to play against Real Sociedad and win a five-goal thriller 3-2.

Youssef En-Nesyri grabbed a hat-trick in a frantic match at the Ramon Sanchez Pizjuan, where four goals were scored in the first 14 minutes before En-Nesyri decided it early in the second half.

Defeat means Real Sociedad have won only one of their last six matches. They drop to fifth in La Liga, level on points with Sevilla.