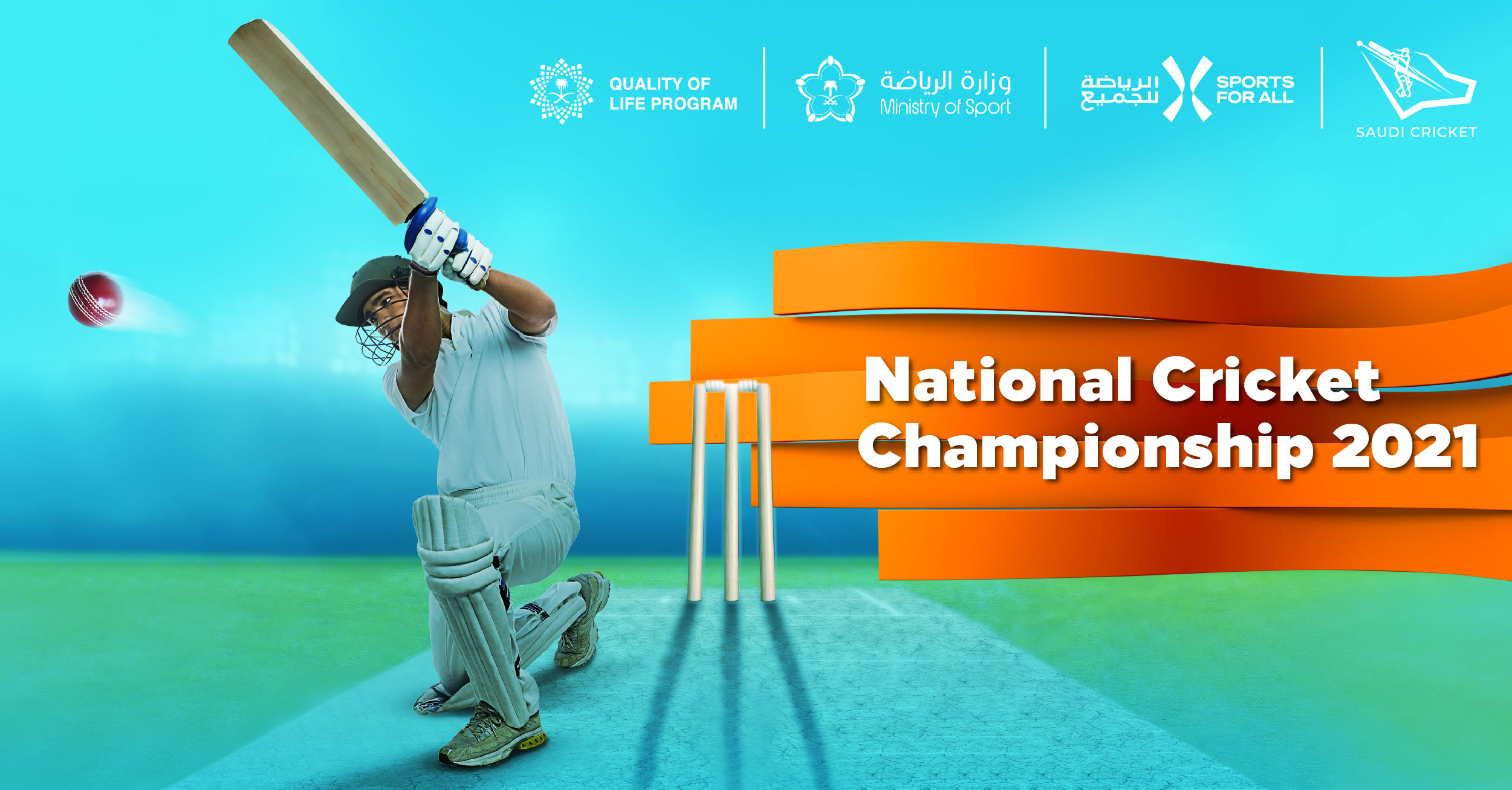 Cricket teams across Saudi Arabia will battle it out to be crowned National Cricket Champions, as the Saudi Sports for All Federation and Saudi Arabian Cricket Federation join forces to launch one of the Kingdom’s largest ever cricket tournaments.

More than 6,800 players from 369 teams and 15 cricket associations will take part in the mega-competition, which soft launched on January 29, and will run for 11 weeks until April. As well as the thousands of players taking part, some 456 officials will help keep things running smoothly and fairly when matches are played every Friday on the 106 grounds across 11 cities.

The competition format is T20 – each team having one innings with a maximum of 20 overs – and the host cities include Riyadh, Dammam, Jubail, Jeddah, Madinah, Yanbu, Tabuk, Abha, Jizan, Al Qassim, and Najran.

The 2021 tournament is the first in a series of cricket events and activations jointly delivered by the SFA and SACF. It follows the cricket tournament delivered by Sports For All back in 2020. The objective of both tournaments is to provide  opportunities for physical activity to expat communities within the Kingdom – particularly those from India, Pakistan, Bangladesh, and Sri Lanka, where cricket is highly popular.

A second competition – the Softball Cricket Tournaments – will take place in two stages: firstly, between February and April, and then between October and November. Around 5,000 people are expected to take part with 11 cities hosting matches.

And finally, a Social Cricket Program will take place in Jeddah, Riyadh, Dammam and Yanbu between February and April.

In total, more than 22,000 people are expected to take part in the various initiatives, which are supported by the Ministry of Sports and the Saudi Arabian Olympic Committee. All matches and activities will be played strictly under Covid-19 guidelines provided by the Ministry of Health.

“The launch of the National Cricket Championship, planned with our partners at the Saudi Arabian Cricket Federation, is an exciting time for us at the SFA. Cricket plays an important role in the Kingdom’s athletic fabric; clips from games can be seen across social media posted by heavily invested players and fans alike. Now, we’re proud to bring about the largest ever activation covering so many different areas in Saudi and involving thousands of people. We’re looking forward to seeing the results, and we’re cheering you on,” said HRH Prince Khaled bin Alwaleed bin Talal Al Saud, President, Sports for All Federation.

The tournaments and activations are the latest in a long line of initiatives by SFA to promote, encourage and facilitate a healthy and active lifestyle for everybody in the Kingdom, no matter their age, ability or background.

Working under Vision 2030’s Quality of Life program, the SFA is mandated to increase physical activity levels across the population from 13% in 2015 to 40% by 2030. The Federation has organized a number of highly successful events and initiatives to help reach this target, including Step Together and Move to Game, as well as a number of online training sessions and campaigns.

The SFA has also used cricket as a fun way to stay active in recent years, most notably the MBS Vision 2030 T20 Cricket Championship – a joint initiative with SACF, the Ministry of Labor and Social Development, Ministry of Sports, and Quality of Life program that ran in 2019 and 2020.

The Championship saw 353 teams and 6,307 people take part, with a social cricket activation attracting 213 teams and 4,004 participants, while a school cricket tournament featured 119 teams and 1,990 participants from 11 schools.

As well as health benefits ranging from stamina, balance, coordination, hand-eye coordination, strength and speed, cricket is regarded as having an important social function, not only in terms of developing community and camaraderie, but also in developing team skills, cooperation and communication.

The Saudi Arabian Cricket Federation was established in 2020 under the auspices of Saudi Arabian Olympic Committee and the Ministry of Sports, with HRH Prince Saud bin Mishal Al Saud as its first president and chairman of the board of directors. There are 15 regional cricket associations under SACF with around 6,800 registered players.

“Since the introduction of Saudi Vision 2030, the Kingdom has taken great strides towards realizing a thriving future for all who live here. Organizing programs such as this for expatriates – for whom cricket is one of the main forms of entertainment – is a key objective of Sports for All under the Quality of Life program, and the Saudi Arabian Cricket Federation is honored to partner in this initiative”, said SACF Chairman, HRH Prince Saud Bin Mishal Al Saud.