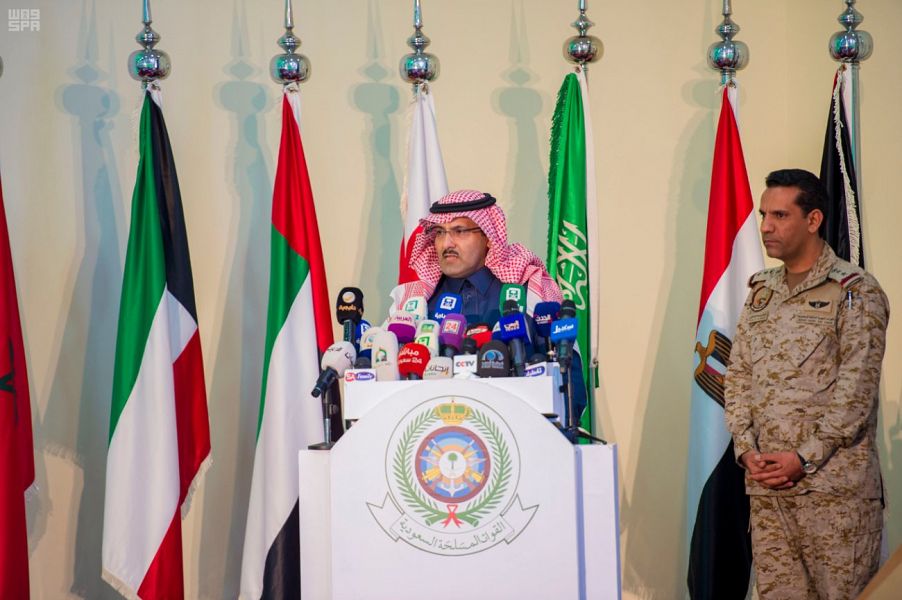 Spokesman of coalition forces, ambassador of kingdom to Yemen: Attacks of Huthi militia on Yemeni people and kingdom come with support of Iranian regime

Ambassador of the Custodian of the Two Holy Mosques to Yemen Mohamed Al Jaber confirmed that the attacks of the Houthi militia on the Yemeni people and the kingdom comes with the support of the Iranian regime, which provided the Yemeni people with only death by supporting and funding the militias and supplying them with qualitative weapons, ammunition and ballistic missiles in clear violation of Security Council resolutions 2216 and 2231, and continues to send elements of the Iranian Republican Guard and its arm Hezbollah terrorist organization to Yemen to train these militias in special training camps and provide them with the necessary techniques and experts to deal with weapons and the assembly of ballistic missiles and launch them on populated cities of the kingdom in order to prolong the war, disrupt the political process, kill the Yemeni people and threaten the safety and security of Yemen and the countries of the region and sea lanes and international peace and security.

He said: "Everyone knows that the Yemeni people are going through difficult economic and humanitarian conditions. International reports indicate that more than a third of the Yemeni people need urgent humanitarian assistance. This is the result of what the Iran-supported Houthi militias have done after the end of the national dialogue in 2014 to destroy the institutions of the Yemeni state and control the capabilities of the Yemeni people by taking over the assets of the Central Bank and the transformation of the financial and economic system to serve their war effort to kill and starve the Yemeni people and impoverish it, rejecting all efforts to reach a political solution, the most recent of which is the proposal by the Special Envoy of the Secretary-General of the United Nations Ismail Ahmed Ould Sheikh Ahmed on Hodeidah, and it continues to kill and terrorize the Yemeni people and assault the territory of the kingdom and threaten the security and stability of the region and sea passages. 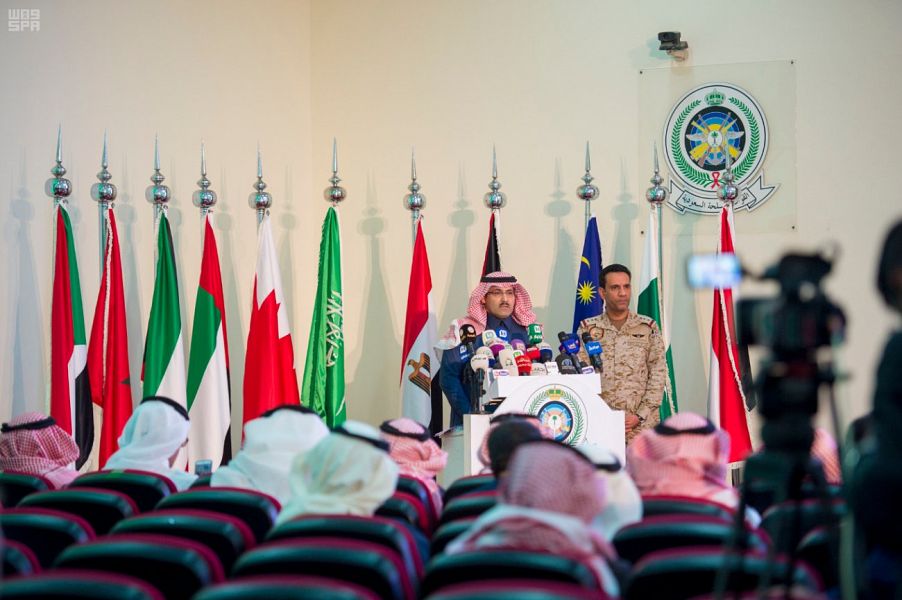 Al Jaber pointed out that since the year 2015, the kingdom has provided more than eight billion dollars of humanitarian and development assistance to the brotherly Yemeni people and will continue to support our brothers in Yemen to confront the hunger and poverty caused by the Iranian-backed militias that have killed and committed crimes against the people of Yemen and the kingdom, stressing that the Kingdom of Saudi Arabia, in continuation of its concern for the brotherly Yemeni people, is currently working on finalizing the comprehensive humanitarian operations plan, which includes more than 11 humanitarian initiatives in addition to the efforts of King Salman Center for Relief and Humanitarian Operations. 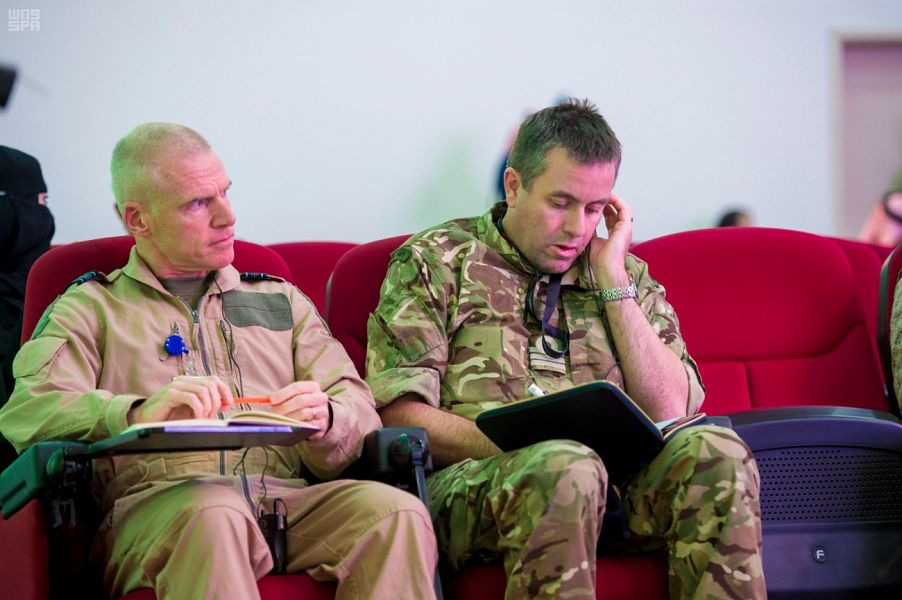 The Ambassador of the Custodian of the Two Holy Mosques to Yemen said that we are taking these steps at a time when our country, cities and citizens are being attacked by the Houthi militias with ballistic missiles. We, in the kingdom with these comprehensive humanitarian operations, are seeking to lift the injustice by these Iranian-backed militias against our brothers the Yemeni people.

The Ambassador of the Custodian of the Two Holy Mosques to Yemen replied to the questions of journalists, stressing that the Kingdom of Saudi Arabia and the United Nations are working together and have continuous meetings with United Nations organizations to address the differences currently taking place, indicating that there are promises to address all these issues, hoping that reports issued by the United Nations from areas under Huthi authorities to be reviewed and verified. 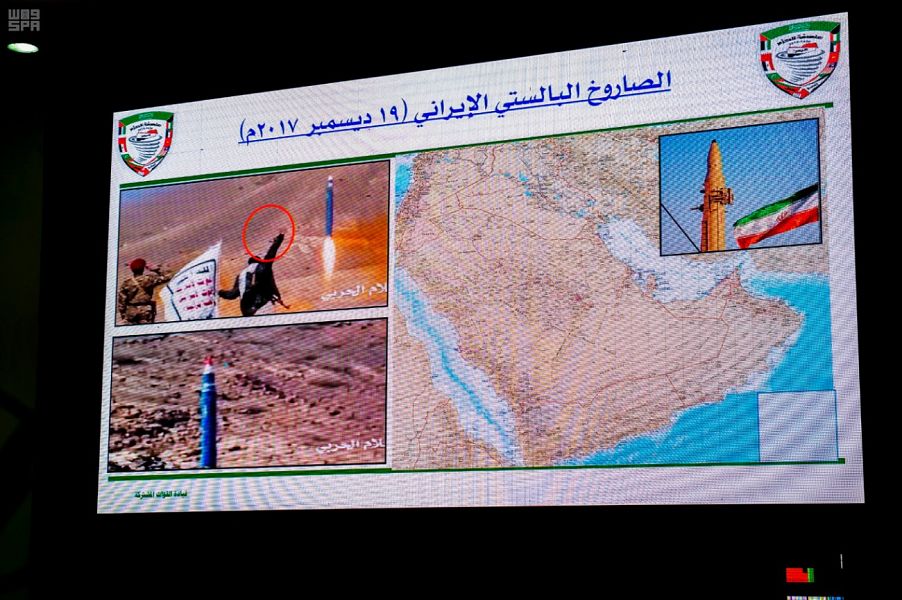 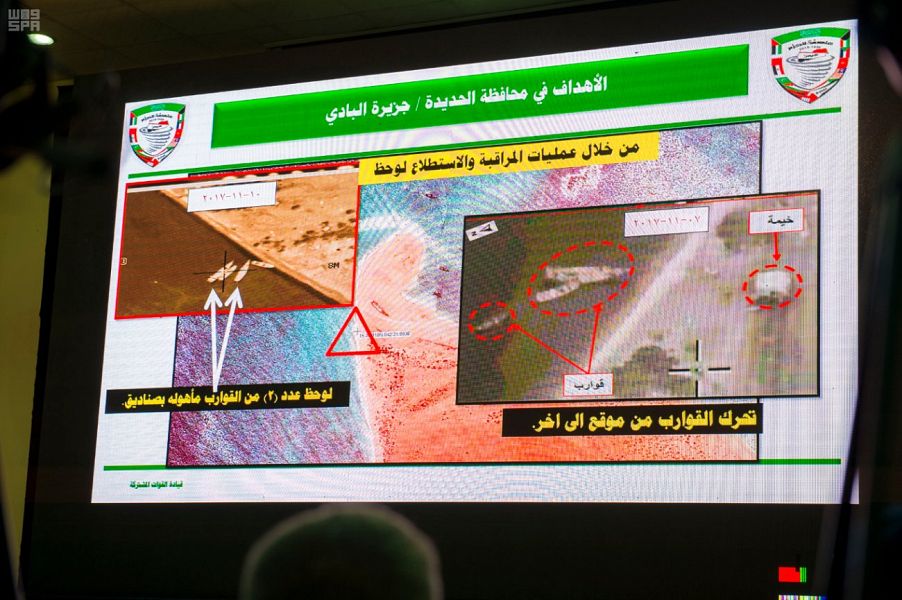 For his part, official spokesman of the coalition forces Colonel Turki bin Saleh al-Maliki noted yesterday's missile on Riyadh as a serious escalation of the Iranian armed militia group and proves beyond any doubt the continued smuggling of weapons through the relief outlets and exploitation of these outlets and weaknesses in entering ballistic missiles, indicating that all these violations are contrary to international humanitarian law.

Colonel al-Maliki said the coalition welcomed the positive positions, especially what was announced last week after the evidence was announced on the use of Iranian-manufactured missiles and smuggling them to the Houthi group and launch them on the Kingdom of Saudi Arabia.

He said that the international community has become increasingly aware of the seriousness of these blatant interference from the Iranian regime and its control of many terrorist groups in different parts of the world. We welcome the condemnation of many fraternal and friendly countries, led by the United States of America and the United Kingdom and the Federal Republic of Germany.

Colonel al-Maliki said more than 85% of the Yemeni land is now under the control of the legitimate government.

Colonel al-Maliki noted that the total casualties of the enemy in the last three months amounted to 11,326 dead and 6730 weapons and equipment.

He added that since the beginning of the operations, citizens of 85 countries have been evacuated as part of the efforts of the evacuation cell.

He added that the total number of permits since the military operations so far amounted to 16494 permits.

The coalition spokesman also showed videos of a number of sites of the destruction of ballistic missiles and land-to-surface missiles and other operations. 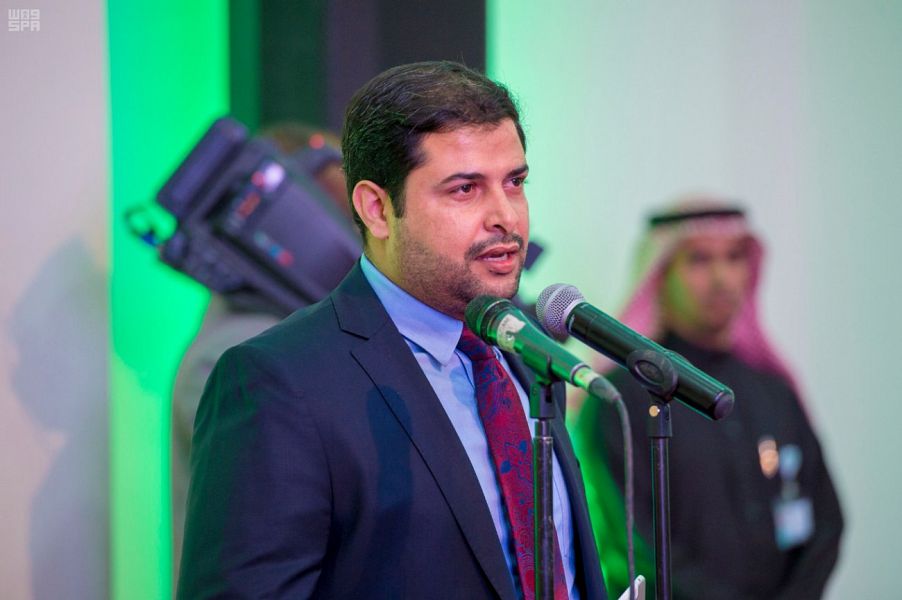 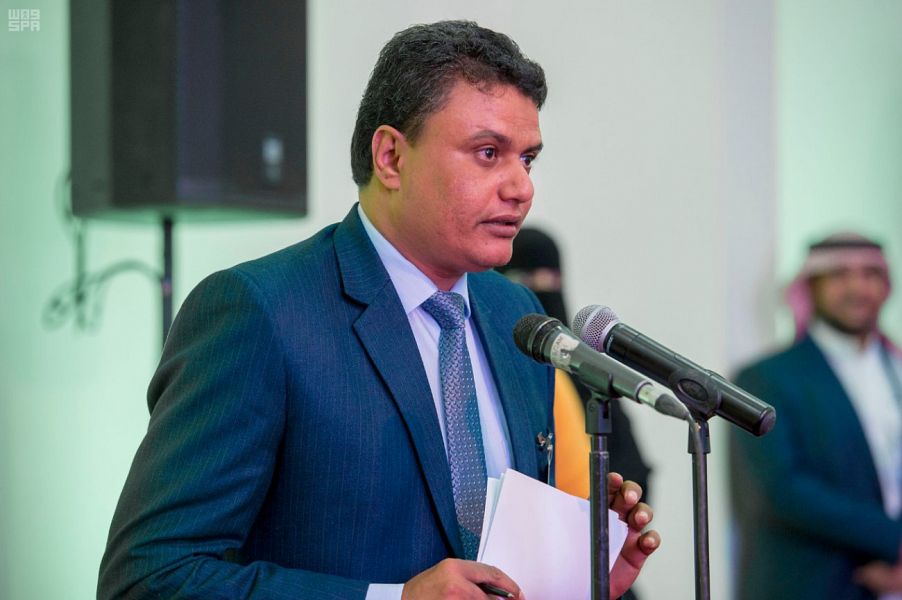 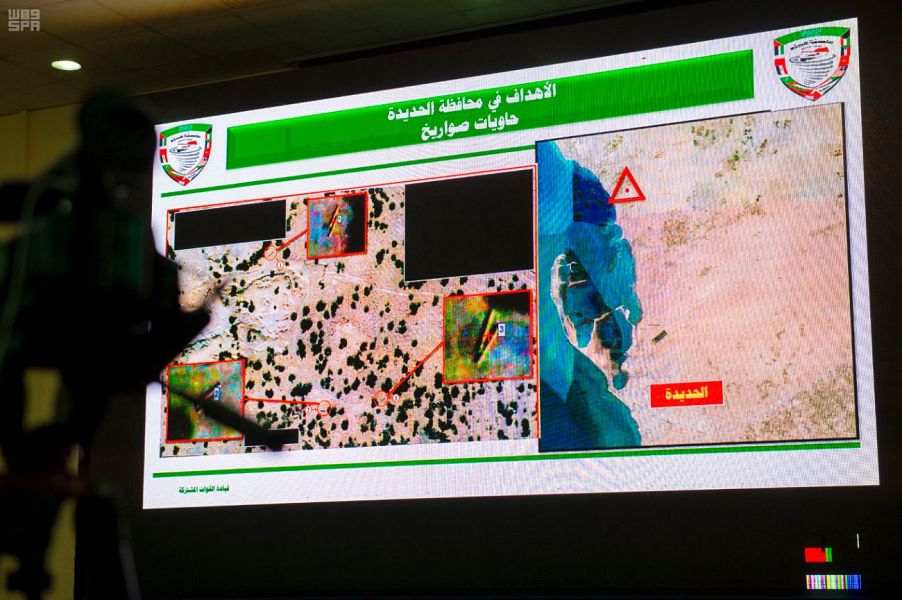 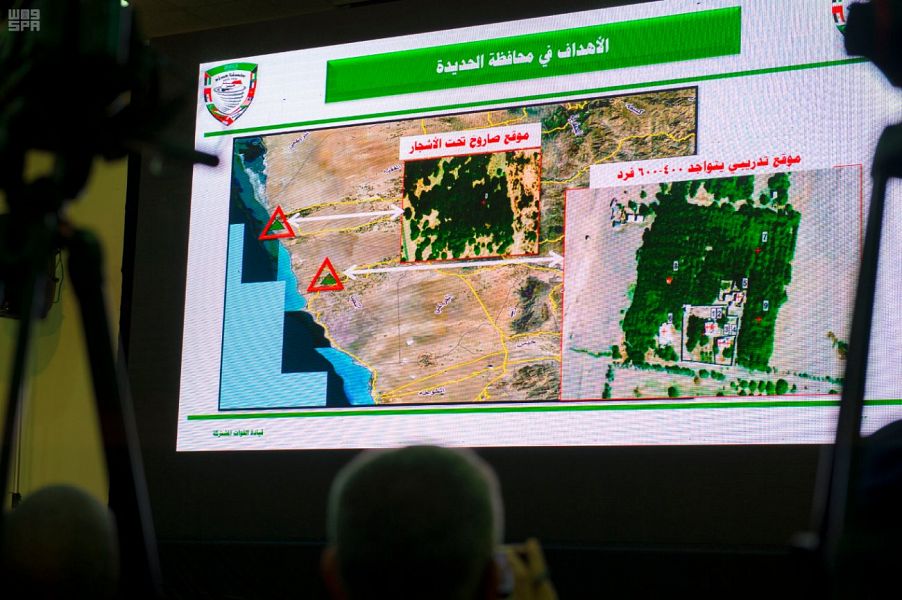 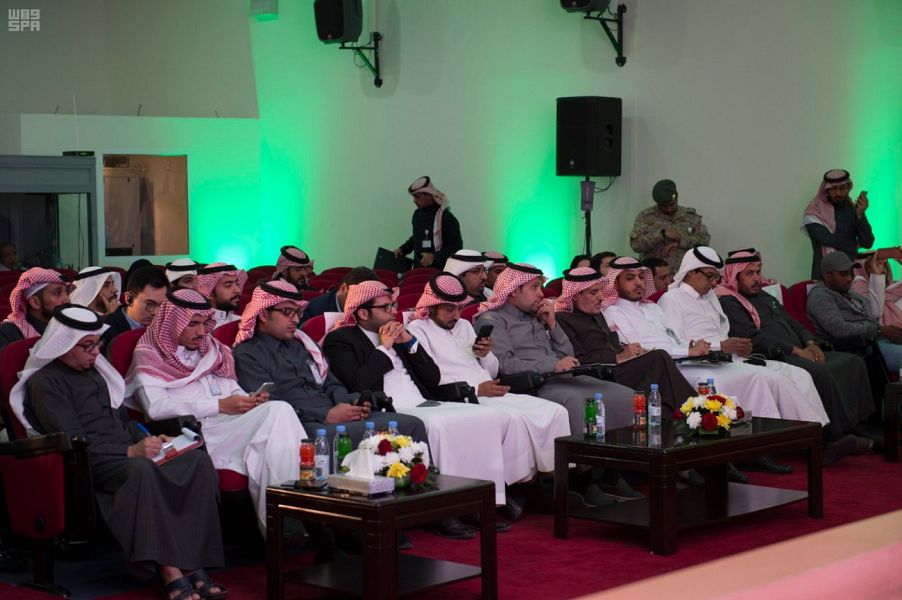 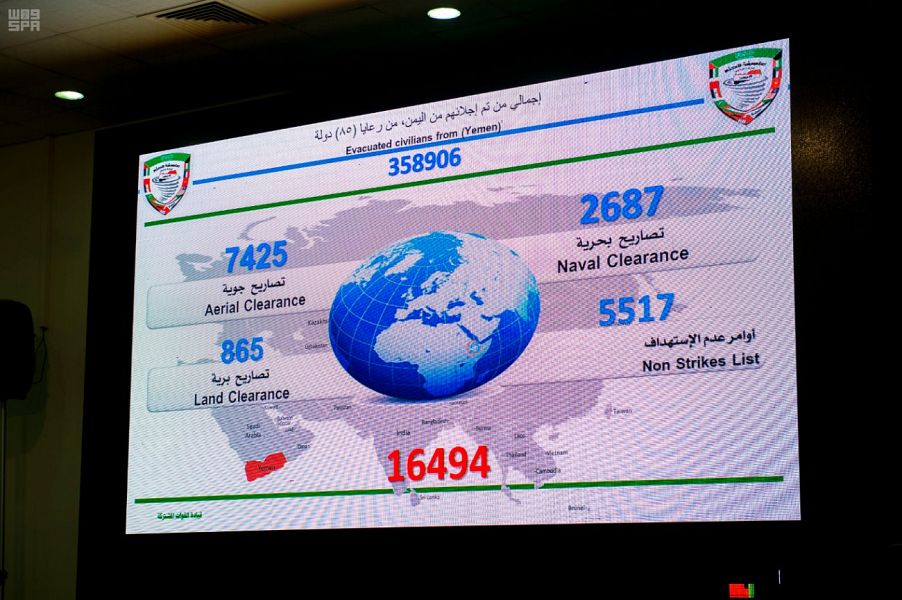 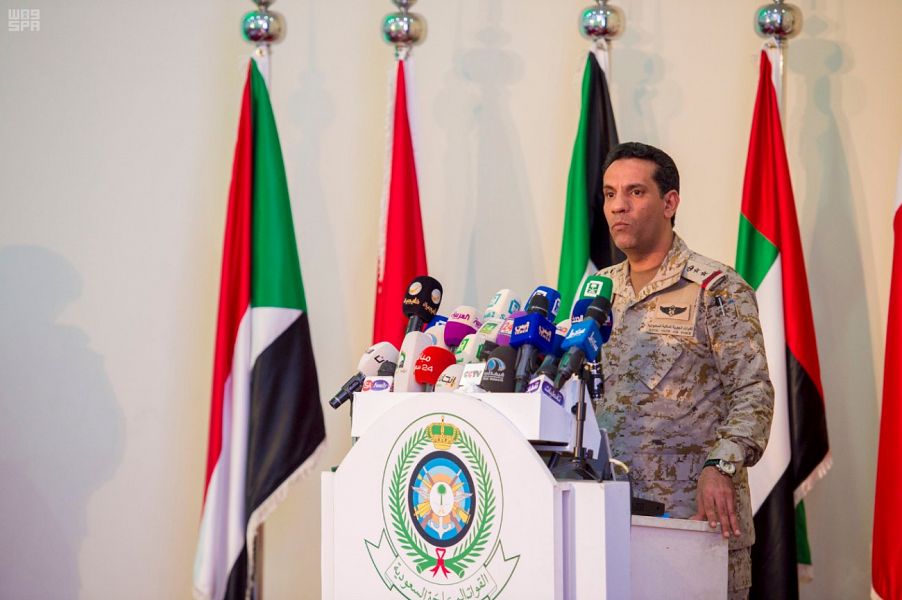 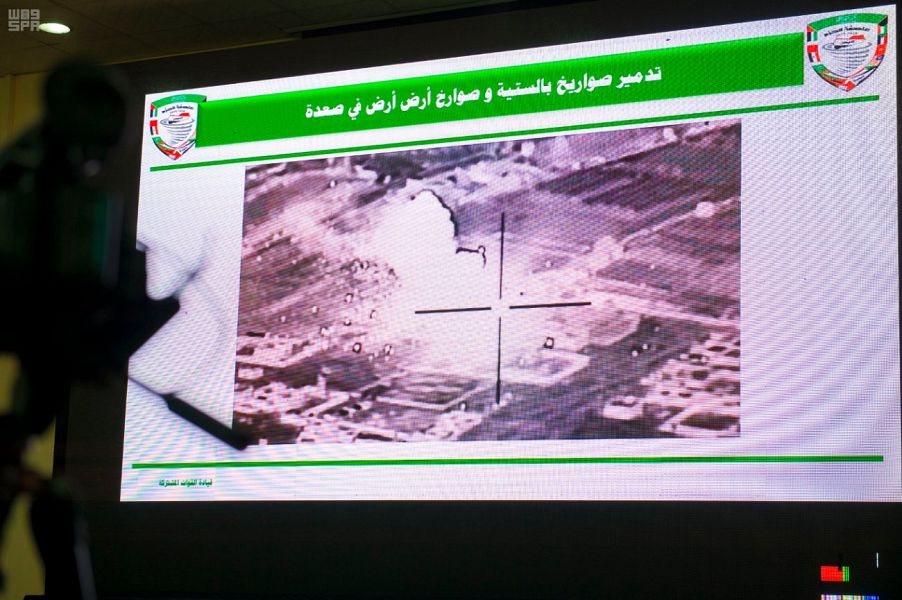 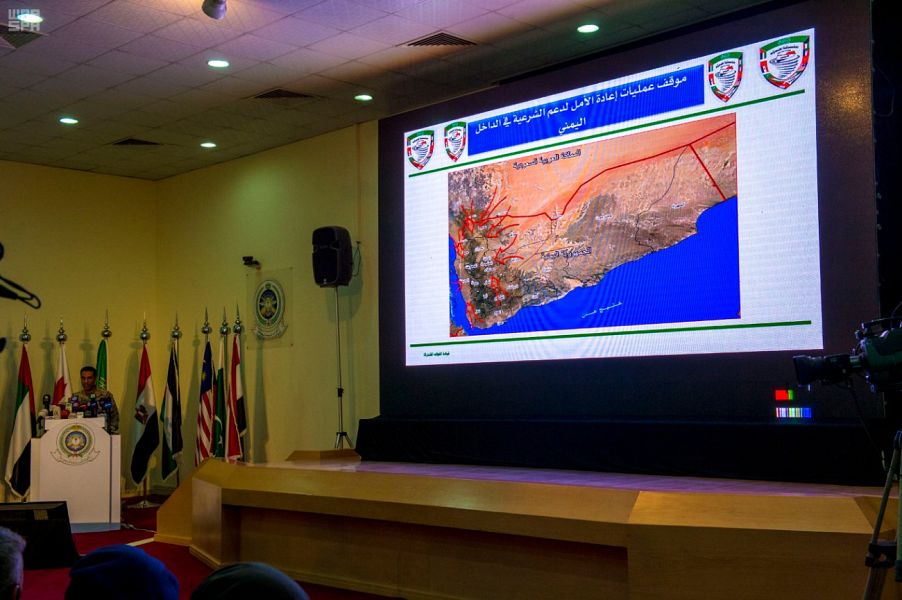 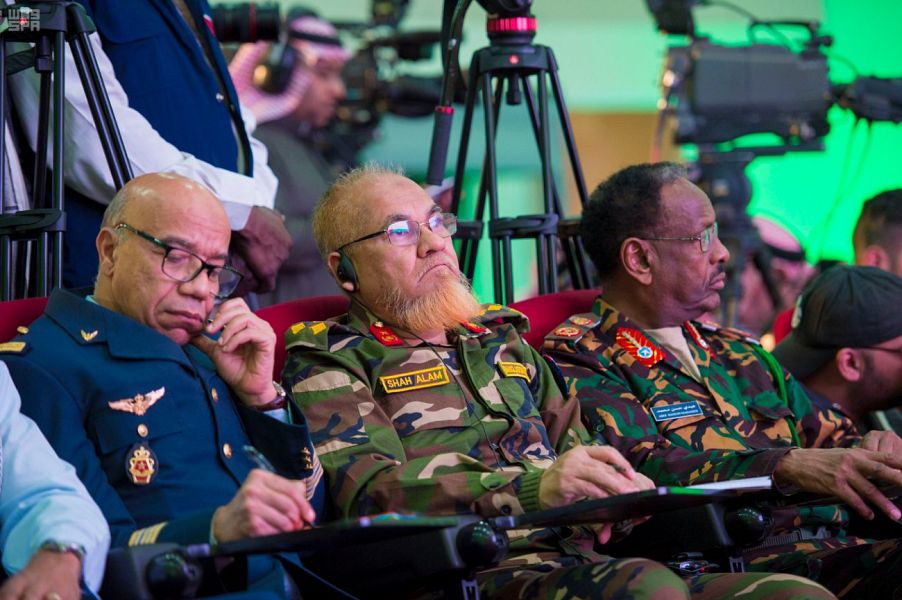 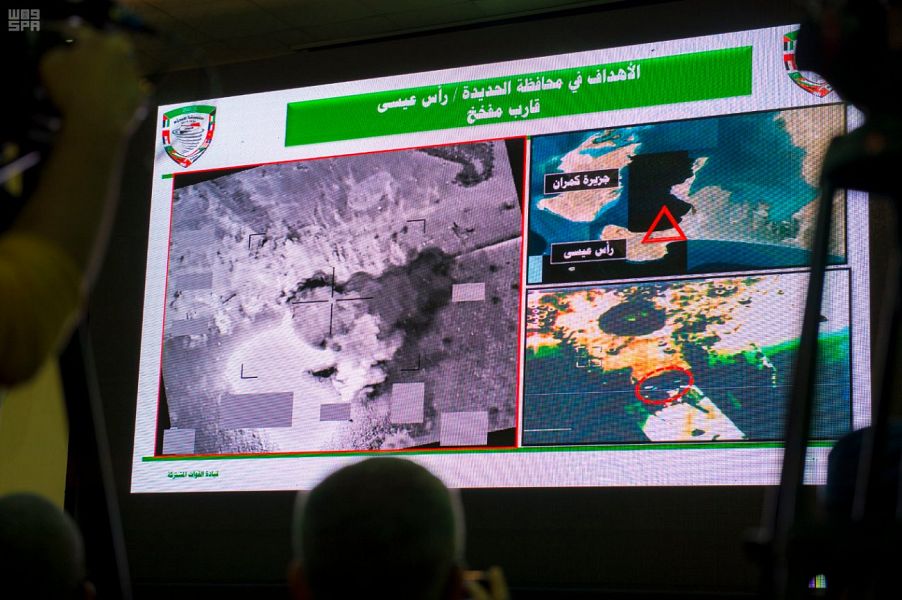