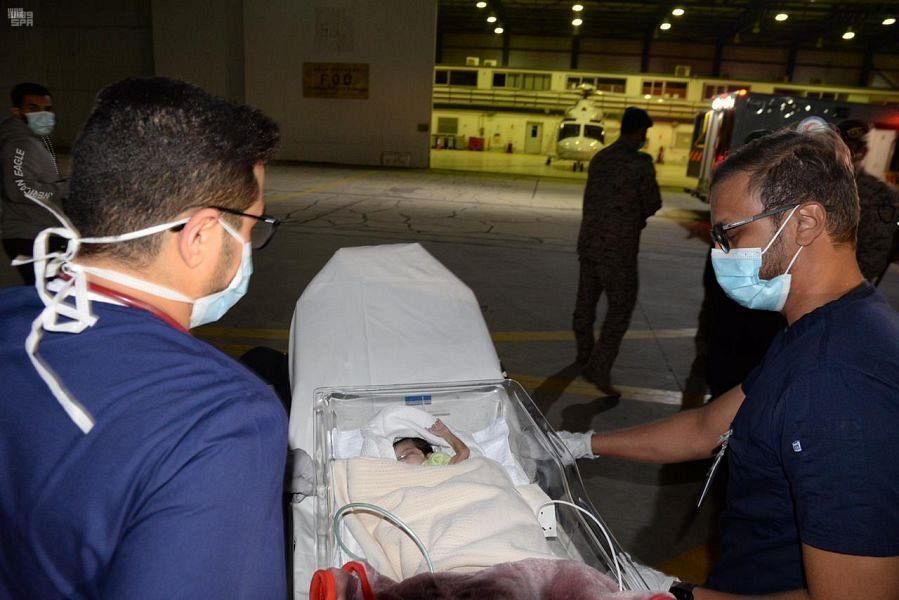 In implementation of Directives of Custodian of the Two Holy Mosques, Yemeni Parasitic Twins Arrive in Saudi Arabia

In implementation of the directives of the Custodian of the Two Holy Mosques King Salman bin Abdulaziz Al Saud, the Yemeni parasitic twins arrived at King Salman Airbase today, accompanied by their parents, coming from Makala, in Hadramout, Yemen, via a medical air-evacuation plane.
As soon as they arrived, they were rushed to King Abdullah Specialist Hospital for Pediatrics, at the Ministry of the National Guard, to study their case and consider subjecting them to a separation surgery.
Both the parents of the twins and the Advisor at the Royal Court, who is also the Supervisor General of King Salman Humanitarian Aid And Relief Centre (KSrelief Center) and the Head of the Medical Team Dr. Abdullah bin Abdulaziz Al-Rabia'ah extended thanks to the Custodian of the Two Holy Mosques and HRH Crown Prince on such noble humanitarian initiative that came in response to a difficult circumstances facing the fraternal Yemen and reflected the humanitarian role played by the Kingdom towards dozens of stricken and needy countries for being given a hand, in such cases, all over the world.
The Yemeni parasitic twins is the 108th case to arrive in the Kingdom from as many as 21 countries, in order to be examined by the Saudi National Program for Separating Conjoined Twins.
In case the medical decision deems that a surgery is to be undergone to separate the parasitic Yemeni twins, the case will be the 49th of its sort to be done, within one of the largest Siamese or conjoined twins operations, all over the world. 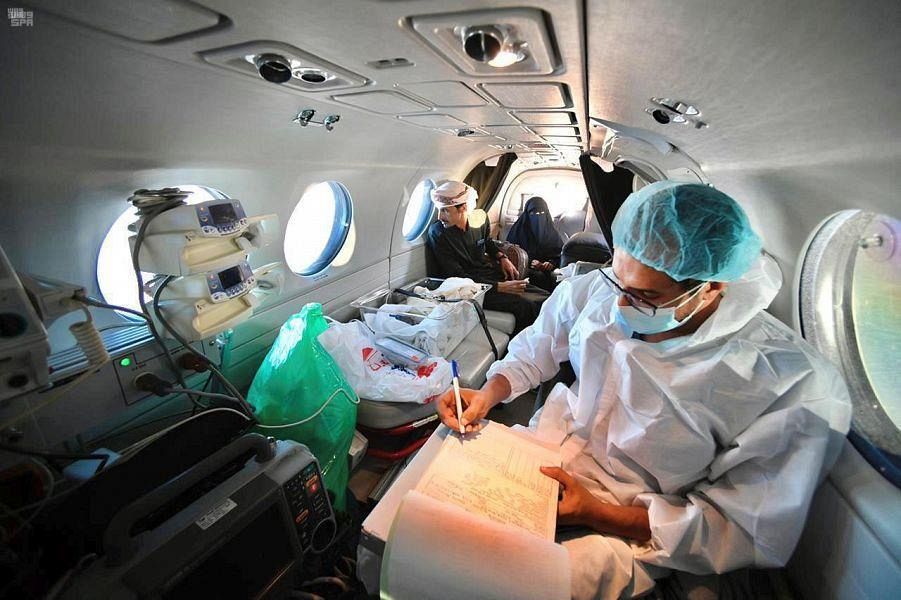 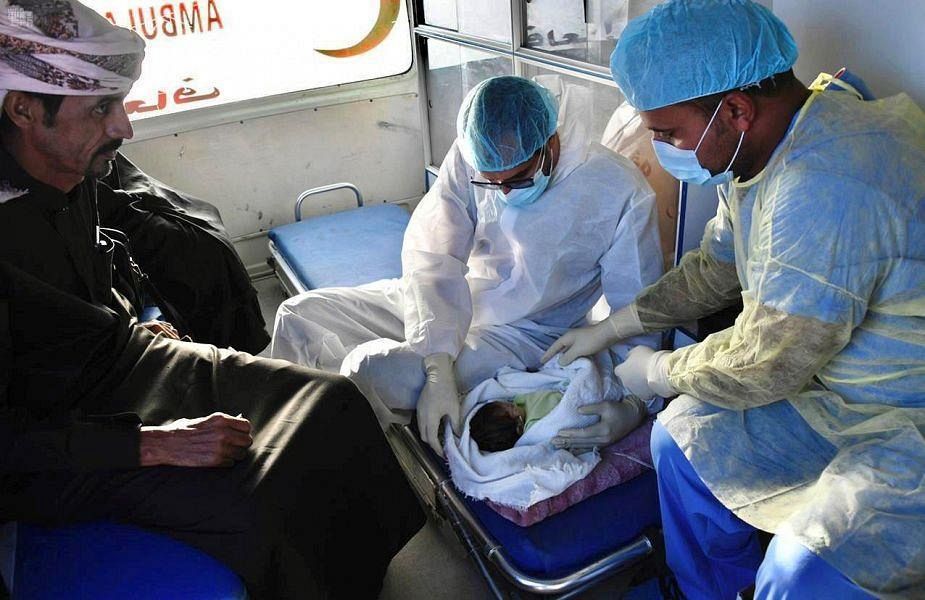 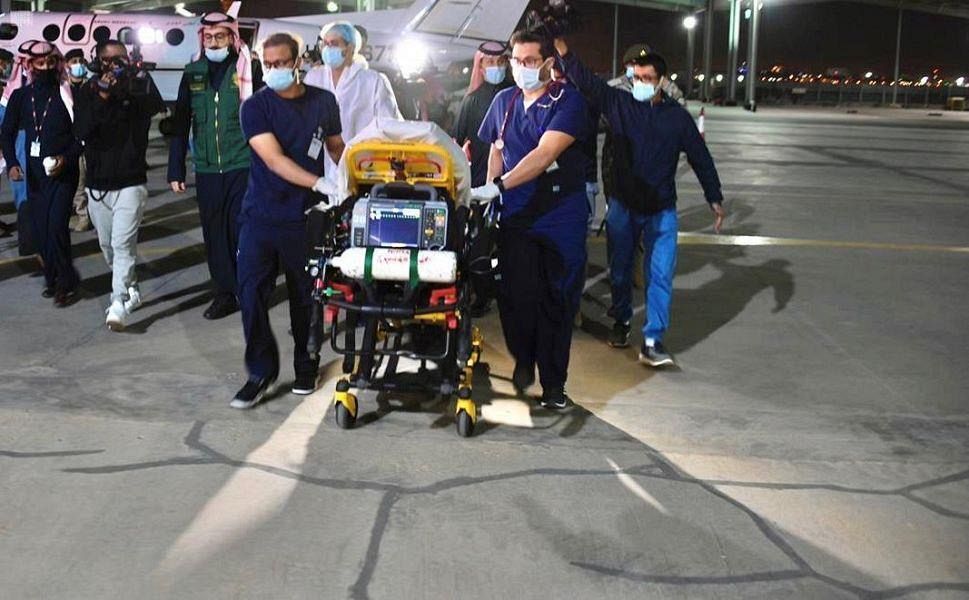 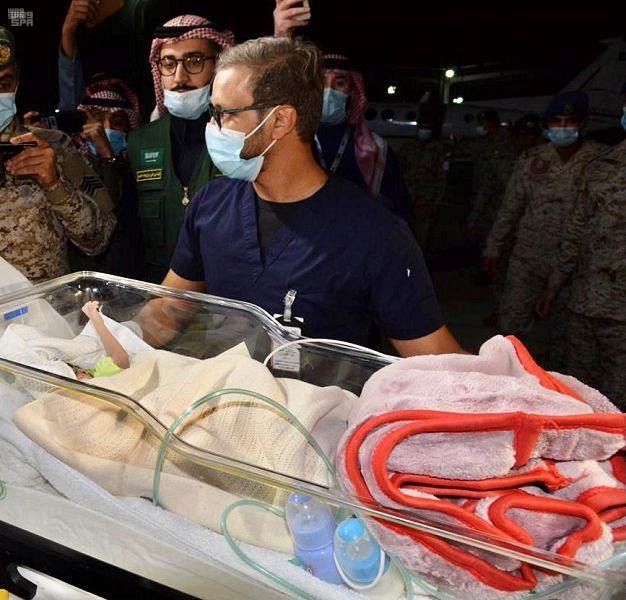