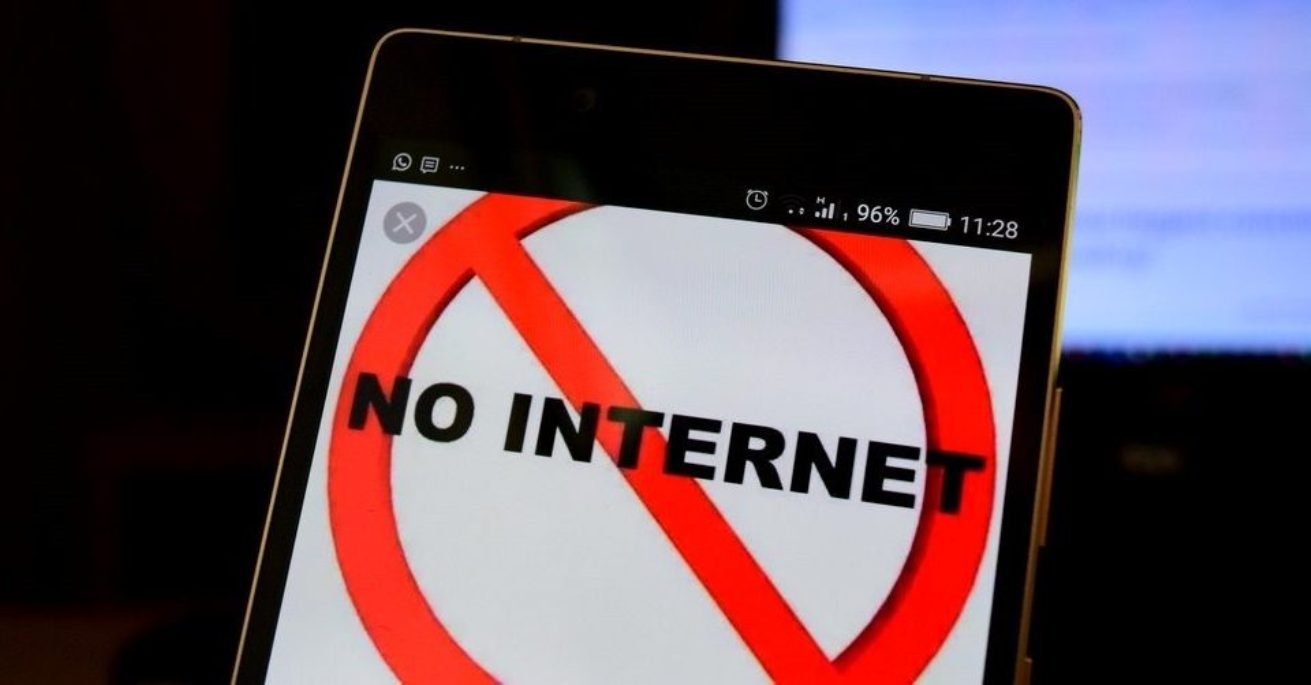 The right to access the Internet for every human being is recognized in the UN Charter on Freedom of Expression, Thought, and other fundamental rights. In Iran, however, the judiciary and lawmakers have not yet enacted any kind of laws in this regard and have deliberately ignored it.

The uprising, which was sparked because of the gasoline price hike last Friday, has quickly spread to 171 cities and 900 areas. So far, the number of people killed by the security guards has reached 250.

In the face of the uprising, the regime cut off access to the Internet to control and suppress demonstrations and prevent people from communicating with each other inside and outside Iran so. The regime’s intention was to deny the world to see the rise of uprisings in Iran and feel free to suppress it.

Last Monday Amnesty International tweeted: "We are disgusted with reports of dozens of deaths, hundreds of injuries and more than 1,000 arrests during Friday's demonstrations in Iran.

We were warned that authorities were blocking the Internet to prevent news of a brutal crackdown to reach the world. The disconnection of the Internet precludes strong news outlets outside of Iran, which raises international concern.

advocating freedom of expression and communication. Iran’s economy has also suffered greatly from the internet disruption.

According to the nonprofit group NetBlocks, which monitors Internet access worldwide, Iran's relationship with the outside world has dropped to 4 percent from its usual level.

NetBlocks director Alp Toker wrote on the organization's website: "The disturbance is the most severe incident recorded in Iran since the inauguration of President Rouhani and the severest severity of communication detected by NetBlocks in all countries due to its complexity and technical extent.” این The site has estimated that Internet failure in Iran over the past five days has hit more than $ 306 million equivalent to about 672 billion tomans (Iran’s currency) in business in the country.

The Iranian Writers' Association issued a statement on November 20 calling the Internet shutdown "another way of suppressing protests out of sight of the world" and protesting "depriving the Iranian people and the world of access to news events.” On November 21, 2019, Congressmen David Trone of Maryland, USA, tweeted that Iranian citizens have protested because they are legitimately embarrassed by the regime's terrible policies

Disconnecting people from the internet is a means of repressing people and not a sign of victory.”

On Thursday Hossein Shahidzadeh, managing director of Tehran Air Quality Control Company said that the information the company needs partially relies on information from global sites and models. "That is, we do not have access to this global information, and as a result, we are not able to upload weather forecasts for the next few days, wind gusts and rainfall on our site.”

Reza Olfat Nasab, a member of the board of directors of virtual businesses, said internet disconnection has damaged nearly 900 billion tomans on internet business over the past three days.

Of course, this figure is just an estimate since the turnover of the activists in this field was 100 trillion tomans (equivalent to 273 billion tomans daily) last year and such companies are suffering from a loss of about 900 billion tomans.

”Internet disconnection has created many problems for universities that we hope will be resolved soon," said Mahmoud Nili Ahmadabadi, President of the University of Tehran, on Thursday, November 21, referring to the extensive interactions of Iranian universities with the world.

Ali Kalahi, a member of the Tehran Chamber of Commerce, told Ilna News Agency: "We are having trouble exporting and do not know where our shipments are right now. What is the status of the ships?" If the Internet is connected today and tomorrow, some of the damage to the international image may be offset, but it will surely be too late if it does not.”

However, despite the extensive economic damage due to internet disruptions, the regime prefers to keep the internet out of reach of the public. The regime is aware of the extensive level and spread of the recent uprisings and opts to hold the internet as a hostage and deny the population to access it.

Ali Fadawi, the deputy commander-in-chief of the IRGC, likened recent protests in Iran to Operation Karbala 4, a war plan during the Iran-Iraq war. The plan was somehow lost its secrecy and as a result, Iran suffered a major military defeat.

On its November 22 issue, the New York Times wrote: “Demonstrations that began with the rise of relatively peaceful fuel prices turned out to be a violent uprising against the system within days. As security forces mobilized to stop them, the demonstrators became brazen, which could be a new phase in the dynamism of resistance and repression that has marked Iranian history since the 1979 Islamic Revolution.