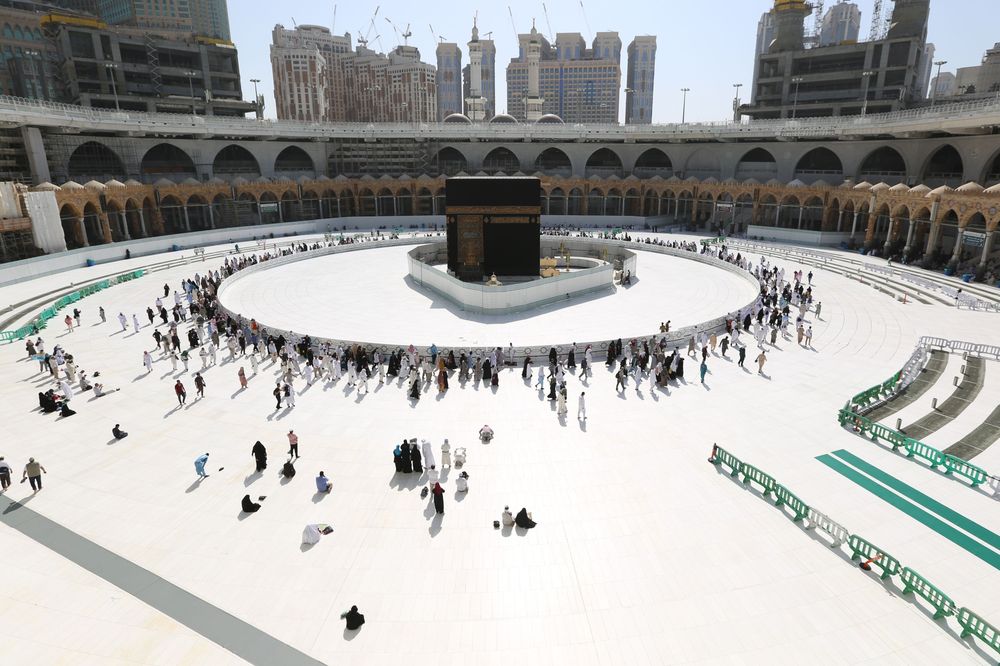 Countries, organizations endorse kingdom's decision to limit this year's Hajj performance to a limited number of pilgrims from kingdom

A number of countries and organizations endorsed the Kingdom's decision to limit performance of this year 1441 AH Hajj to a very limited number of pilgrims from within the kingdom to protect the health and safety of pilgrims.

Those who endorsed the decision included United Arab Emirates, General President of the Holy Mosque and the Prophet's Mosque Affairs, Egyptian Minister of Endowments and Alazhar as well as the Bahrain's justice minister, ambassador of Djibouti to the kingdom, Egyptian chamber of tourist companies, Egyptian Dar al-Ifta and speaker of Arab Parliament