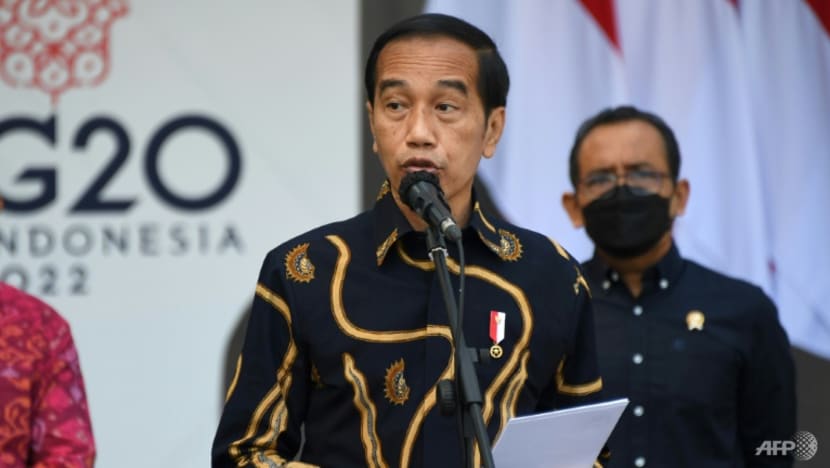 Indonesian President and G20 chair Joko Widodo will visit the leaders of Ukraine and Russia this month to discuss the economic and humanitarian fallout of Moscow's invasion, his foreign minister said on Wednesday (Jun 22).

The summit of the Group of 20 major economies - which will be held on the Indonesian island of Bali in November - has been shrouded in controversy thanks to Jakarta's decision to invite Russia despite alleged war crimes in Ukraine.

Indonesia holds the rotating presidency of the G20 this year, and has come under pressure from some Western countries, led by the United States, to exclude Russia from the meeting.

Foreign Minister Retno Marsudi said Widodo would visit Kyiv and Moscow after representing Indonesia as a guest country at the G7 summit in Germany on Jun 26 and Jun 27, becoming the first Asian leader to travel to both countries since fighting began.

"In the visit to Kyiv and Moscow, the president will meet with President (Volodymyr) Zelenskyy and President (Vladimir) Putin," Marsudi said in an online briefing on Wednesday.

Marsudi did not provide dates for Widodo's meetings but his security minister, Mahfud MD, was quoted by state media on Monday as saying the Indonesian leader would meet Putin on Jun 30.

The foreign minister said Jokowi would seek to tackle the global food crisis exacerbated by the war in Ukraine, which choked global markets and caused domestic shortages of cooking oil and surging prices for Indonesians.

"The president's visit highlights (Indonesia's) concerns on humanitarian issues, trying to contribute to resolving the food crisis caused by the war, as well as its impacts," she said.

The knock-on effects for Indonesia - the world's biggest producer of palm oil - pushed the government to impose a now-lifted export ban on the commodity in April.

Indonesia, like most major emerging economies, has tried to maintain a neutral position on the war and has called for a peaceful resolution to the months-long conflict.

Widodo refused to send weapons to Ukraine in response to a request from Zelenskyy, instead offering humanitarian aid.

Indonesia has invited Ukraine as a guest member of the G20 summit. Zelenskyy said he would attend at least in a virtual capacity, depending on the status of the war.