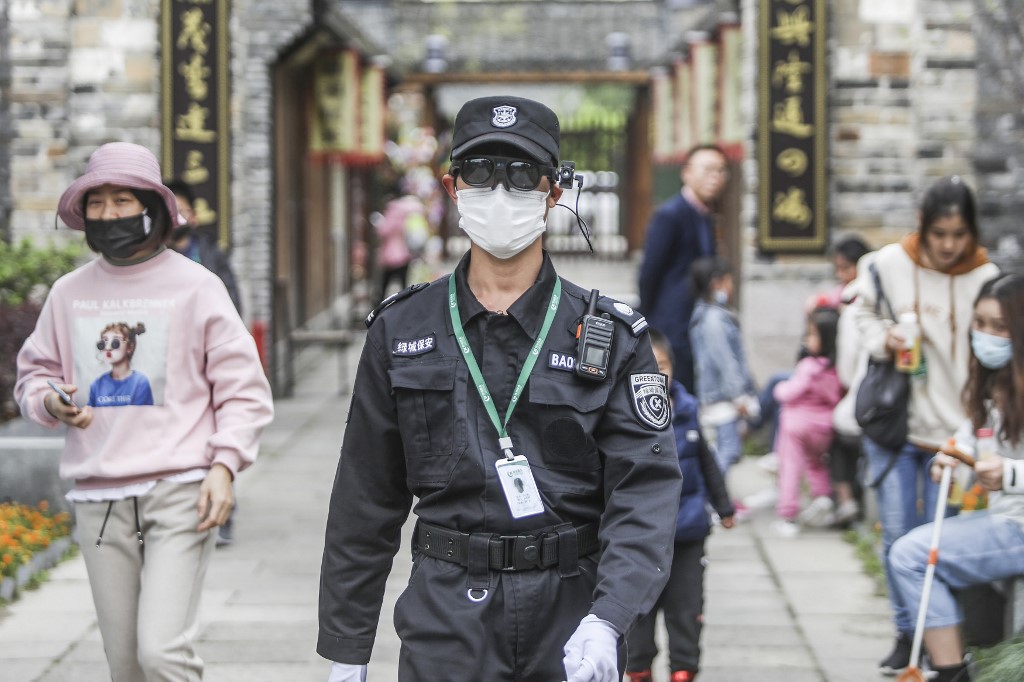 This photo taken on March 24, 2020 shows a security personnel wearing an augmented reality (AR) headset used on measuring visitor's body temperature at a park in Hangzhou in China's eastern Zhejiang province. China has loosened tough rules on the 50 million people in Hubei province on March 25 after a months-long lockdown as the country reported no new domestic COVID-19 coronavirus cases.
BEIJING - AFP

China lifted tough restrictions on the province at the epicentre of the coronavirus outbreak on Wednesday (Mar 25) after a months-long lockdown as the country reported no new domestic cases.

But there were another 47 imported infections from overseas, the National Health Commission said, as the number of cases brought into the country continued to swell.

In total, 474 imported infections have been diagnosed in China - mostly Chinese nationals returning home according to the foreign ministry.

China announced Tuesday that the lockdown would be lifted on more than 50 million people in Hubei, with residents now allowed to leave if healthy, with some airports and train stations opening.

The city of Wuhan - the initial epicentre of the outbreak - will allow residents to leave from Apr 8.

Hubei ordered the shutdown in January but had been gradually easing rules and permitting people to move about within the province and return to work over recent days.

New cases have slowed dramatically over the last month.

But as nations globally struggle to contain the pandemic, surging numbers of imported cases in China are fuelling anxiety about a possible second wave of infections just as the country seems to be bringing its outbreak under control.

Many cities have brought in tough rules to quarantine arrivals, and all Beijing-bound international flights are being diverted to other urban centres where passengers are screened for the virus.