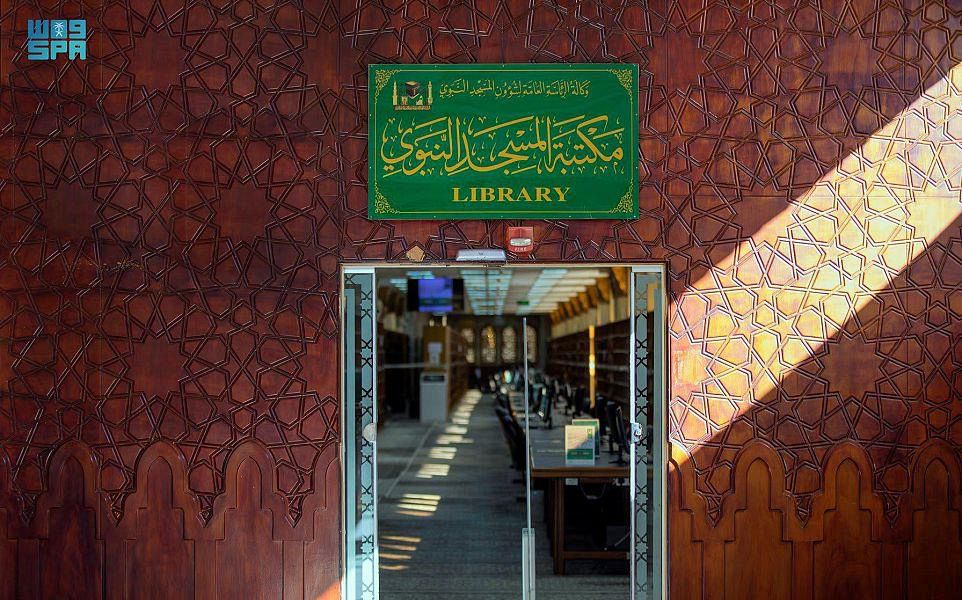 The library houses around 180,000 books and 71 classifications, the top of which are books on the prophetic biography with 86 titles, and other specialized administrations and departments, including the administration of smart digital library that was inaugurated after the global digital transformation, where the library's administration at the Prophet’s Holy Mosque provided several computers with certain e-books loaded on the devices.

The General Directorate for the Affairs of the Prophet’s Holy Mosque has allocated a location for the library on the northwestern roof of the second Saudi expansion that has all the halls, where access to them can be made through the escalator on Gate 10. 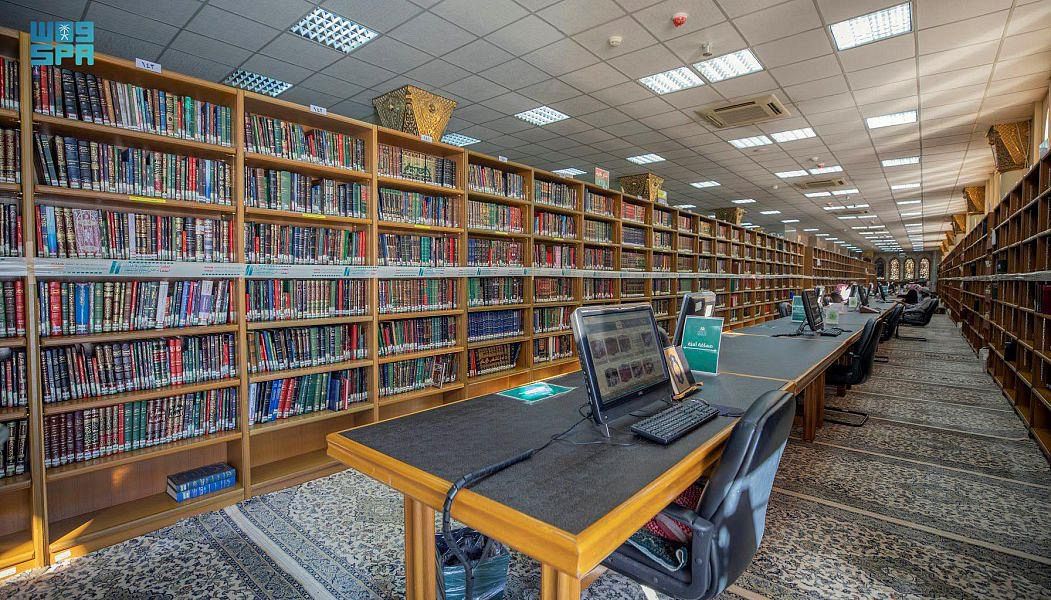