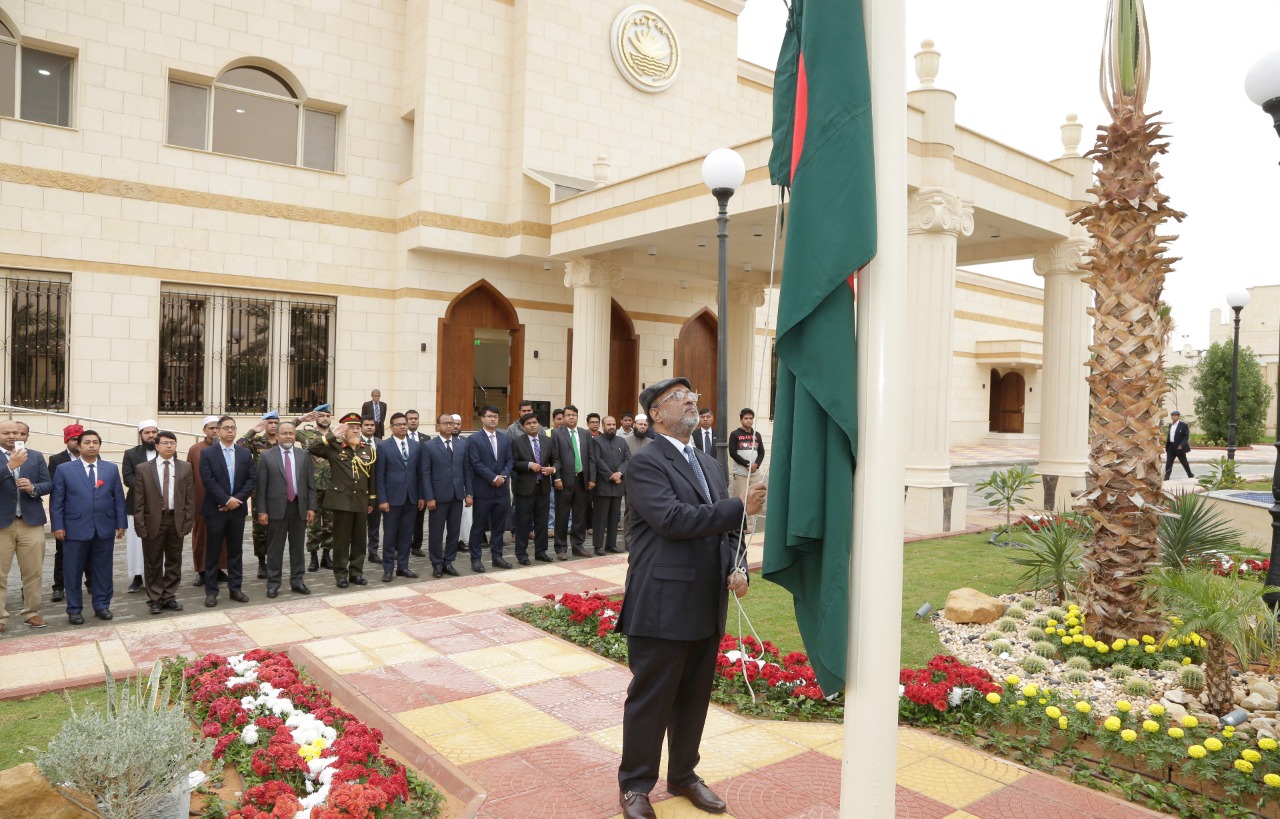 Bangladesh celebrated its 47th anniversary of the Victory Day in Riyadh at its newly built Chancery Building in diplomatic quarters in Riyadh on 16th December amid much festivity.

To mark the day Ambassador Golam Moshi hoisted the Bangladesh National Flag at full mast in the morning. Hundreds of Bangladeshi Expatriates from Riyadh and adjacent cities and Embassy officials joined the program. A day long program was organized at new chancery building premises to celebrate the day. A one minute solemn silence was observed to pay homage to the Father of the Nation Bangabandhu Sheikh Mujibur Rahman and the martyrs of liberation war of 1971. Messages from the President, Prime Minister, Foreign Minister and the State Minister for Foreign Affairs, released on the occasion, were read out by the officials of the Mission.

Ambassador Golam Moshi said Bangladesh has achieved independence by nine months long bloodstained Lliberationwar with the leadership of Father of the Nation BangabandhuSheikh Mujibur Rahman and the sacrifice of the lives of three million people. Prime Minister Sheikh Hasina has been working relentlessly to implement the Bangabandhu’s Golden Bengal dream and to make Bangladesh a developed country by 2041, Ambassador stated in his speech. By her dynamic leadership Bangladesh has become the middle income country and has achieved tremendous development in many areas. Ambassador Moshi said Bangladesh is now the role model of many countries in the world. He urged the new generation to come forward to work hard to build Banglad 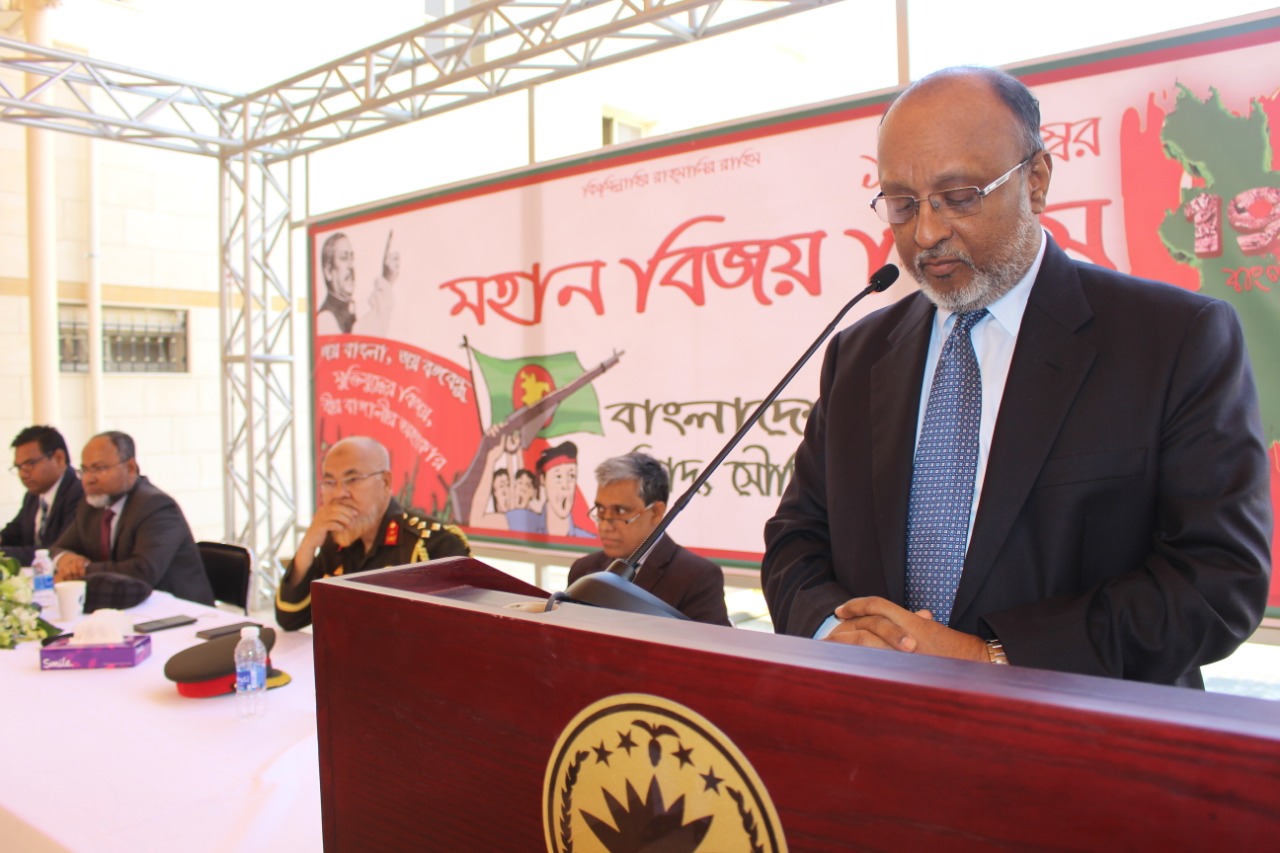 Golam Moshi said the remittance sent by Bangladeshi Expatriates playing a vital role to build Bangladesh and Embassy is always ready to serve expatriates Bangladeshi at any time. To ensure the education of Bangladeshi expatriate children, the construction of the school building will begin soon after purchasing its own land in Saudi Arabia. Ambassador said, the bilateral relation with Saudi Arabia is at a new height and he hoped it will grow further in the coming days.

Deputy Chief of Mission Dr. Nazrul Islam said Bangladesh’s recent development and the contribution to maintain world peace are being highly acclaimed in all over the world. The construction of Padma Bridge, Ruppur Nuclear Power Plant, Metro Rail Project and launching of Bangabandhu Satellite-1 in the space are clear testimony of a unique height of Bangladesh’s capability.

Embassy’s Minister Anisul Haque also gave a speech highlighting significance of the day. Besides, the leaders of different organization of expatriate Bangladeshi community highlighted the significance of the victory day. A special Munajat was offered for the peace and prosperity of the country. At the evening a cultural program was organized at the Embassy Auditorium. Embassy officials, staff and their family members took part with enthusiasm and festive mood to celebrate the great victory day.