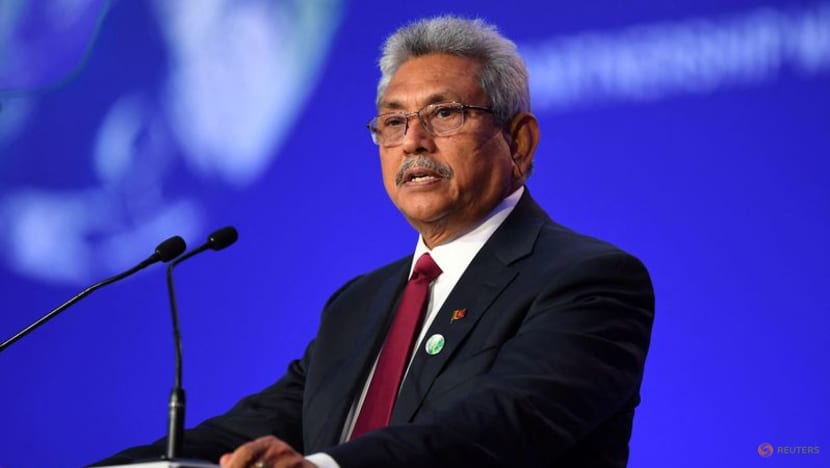 Former Sri Lanka president Gotabaya Rajapaksa left Singapore on Thursday (Aug 11) after entering the country about a month ago on a short-term visit pass.

Mr Rajapaksa's short-term visit pass was due to expire on Thursday.

He was initially given a 14-day visit pass when he arrived in Singapore on Jul 14. This was later extended by another 14 days until Aug 11.

Mr Rajapaksa, who fled Sri Lanka amid mass protests over his country's economic crisis, is expected to arrive in Thailand on Thursday.

Thai authorities said he has no intention of seeking political asylum and would only stay temporarily.

"This is a humanitarian issue and there is an agreement that it's a temporary stay," Prime Minister Prayuth Prayut Chan-o-cha told reporters on Wednesday.

Tens of thousands of people overran Mr Rajapaksa's official residence last month over acute shortages of food, fuel and medicine, prompting him to flee to the Maldives and then to Singapore, where he announced his resignation.

Critics and protesters also accuse him and his family of mishandling the economy during his term as president, leading to the country's worst financial crisis since independence from Britain in 1948.