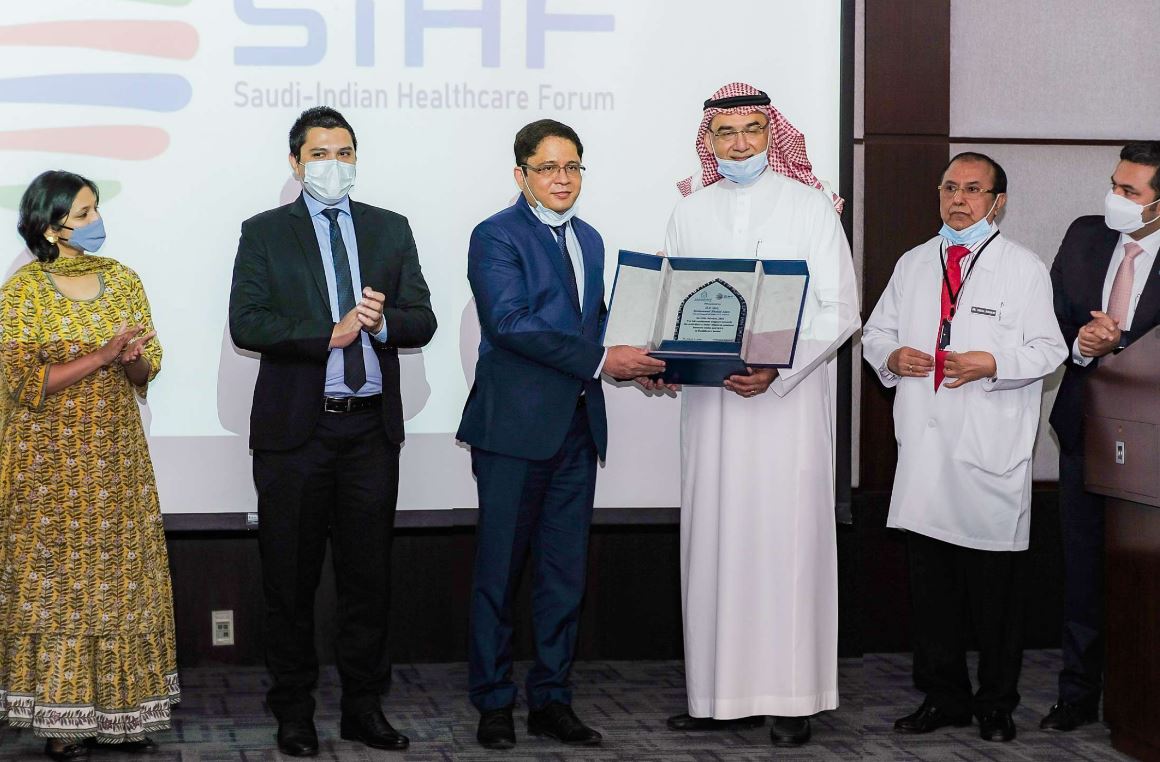 A Blood Donation Camp was organized by Saudi Indian Healthcare Forum (SIHF), Jeddah Chapter in association with the Indian Consulate- Jeddah. Over 75 people registered and donated blood at the event hosted by International Medical Center (IMC).

Mr Mohammed Shahid Alam, Consul general of India inaugurated the event and remarked about the noble act of donating blood and stated that this would enhance the bond of friendship between India and Saudi Arabia further. India and KSA are celebrating 75years of friendship this year.

Mr Sabir. Y, Deputy Consul General and Ms. Hamna Mariyam Khan, Consul Commerce also attended the event and lined up to donate blood. It was a first time experience for many of the donors and they encouraged more people to come forward for such events.

Dr Ashraf Amir, Executive Director – IMC and the President of SIHF- Jeddah welcomed the gathering and extended all support from IMC for community initiatives like this.

The benefits and medical aspects of blood donation was explained to the audience by Dr Iqbal Musani. Dr Sheikh, the blood bank director at IMC clarified the process to be followed and the precautionary measures after donating blood.