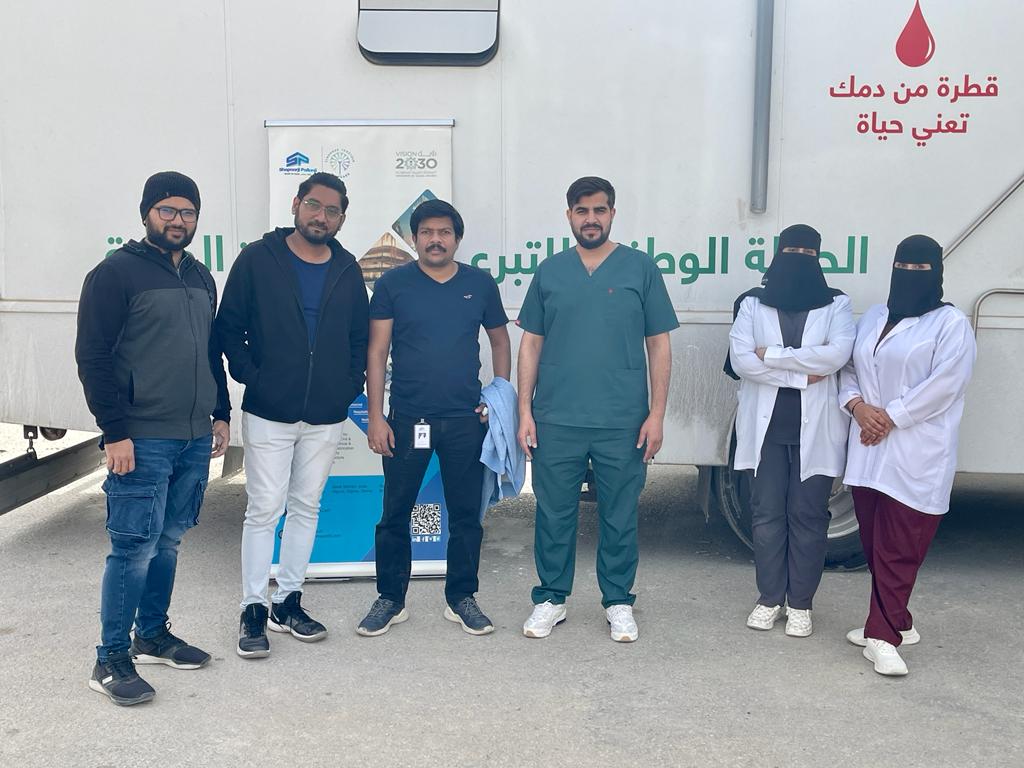 The Shapoorji Pallonji Group, a construction giant and engineering company with a substantial presence in Saudi Arabia and the Middle East, has launched a blood donation drive across its facilities in the Kingdom. The move to organize this significant blood donation campaign will go a long way in replenishing the blood supply at the blood banks and the health facilities in the country.

The blood donation drive, which coincides with the Indian republic day celebrations, was inaugurated by Johar Gangannagari, Vice President and Country Head of Shapoorji Pallonji Mideast (LLC) in Riyadh. The campaign was organized in collaboration with the King Saud Medical City, Riyadh.

After formally inaugurating the event, Johar said “this is a good initiative taken by Shapoorji Pallonji Group to donate blood. Indians have always come forward to support such initiatives.” He further said that Shapoorji Pallonji is one of the flagship companies, which is executing several prestigious projects here. “We are proud that Shapoorji is contributing to the economic development of Saudi Arabia, especially when we see a lot of momentum in the construction sector”, he added.

SP International, the international arm of Shapoorji Pallonji and Company Private Limited (SPCPL), is contributing significantly towards the Kingdom’s Vision 2030. Across GCC region, SP International is executing construction projects in excess of $5.5 billion; with around $2 billon alone in Saudi Arabia.

Commenting on the blood donation campaign, Johar Gangannagari expressed his happiness and said “I can’t think of a more meaningful way to mark Indian republic day than to help replenish the blood bank. Our employees across the country have been encouraged to donate…I believe, together, we can all make a difference,” he added while pledging to do more for the local community within the framework of their corporate social responsibility.

Country Head Johar further said: “We feel very honoured to be collaborating with the King Saud Medical City in Riyadh to organize the blood donation campaign.” He said the Shapoorji Pallonji had always been on the forefront to support community initiatives. The company has donated two medical vans to the World Malayali Federation to support needy Covid-19 patients. The company also extends a helping hand to poor school children, and to needly employees, who fail to provide medical treatment to their ailing relatives.

Shapoorji Pallonji International has been extensively involved in the construction operations outside India, especially in the Gulf countries including Saudi Arabia. It has successfully built hundreds of diversified landmark structures worldwide in various segments, including residential, commercial, industrial, healthcare, hospitality, educational and stadiums.

This international venture by SP Group is characterized by its ability to turn projects into unique, innovative realties adapted to the needs of the client and market demands. The SP International has bagged many leading properties in the Gulf region, with a portfolio that includes the Fairmont Bab Al Bahr hotel in Abu Dhabi, the Marriott Hotel Abu Dhabi, the Sultan Qaboos Palace in Muscat, Damac's Park Towers in Dubai and the Barwa City Amenities Zone in Doha. 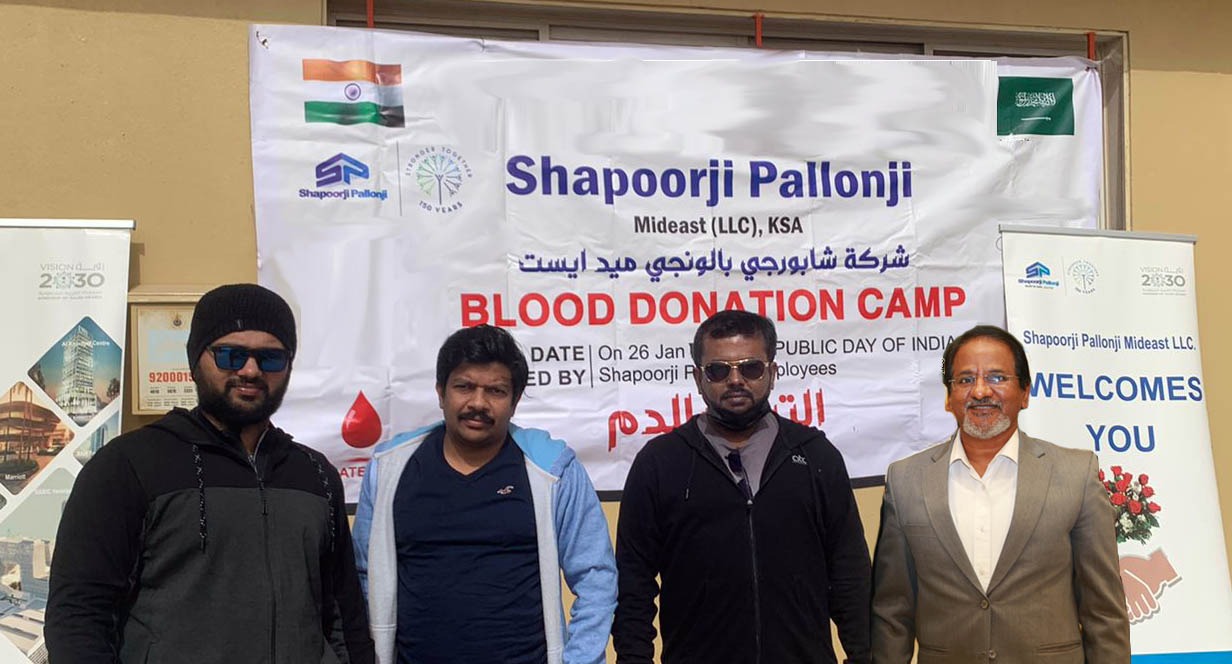