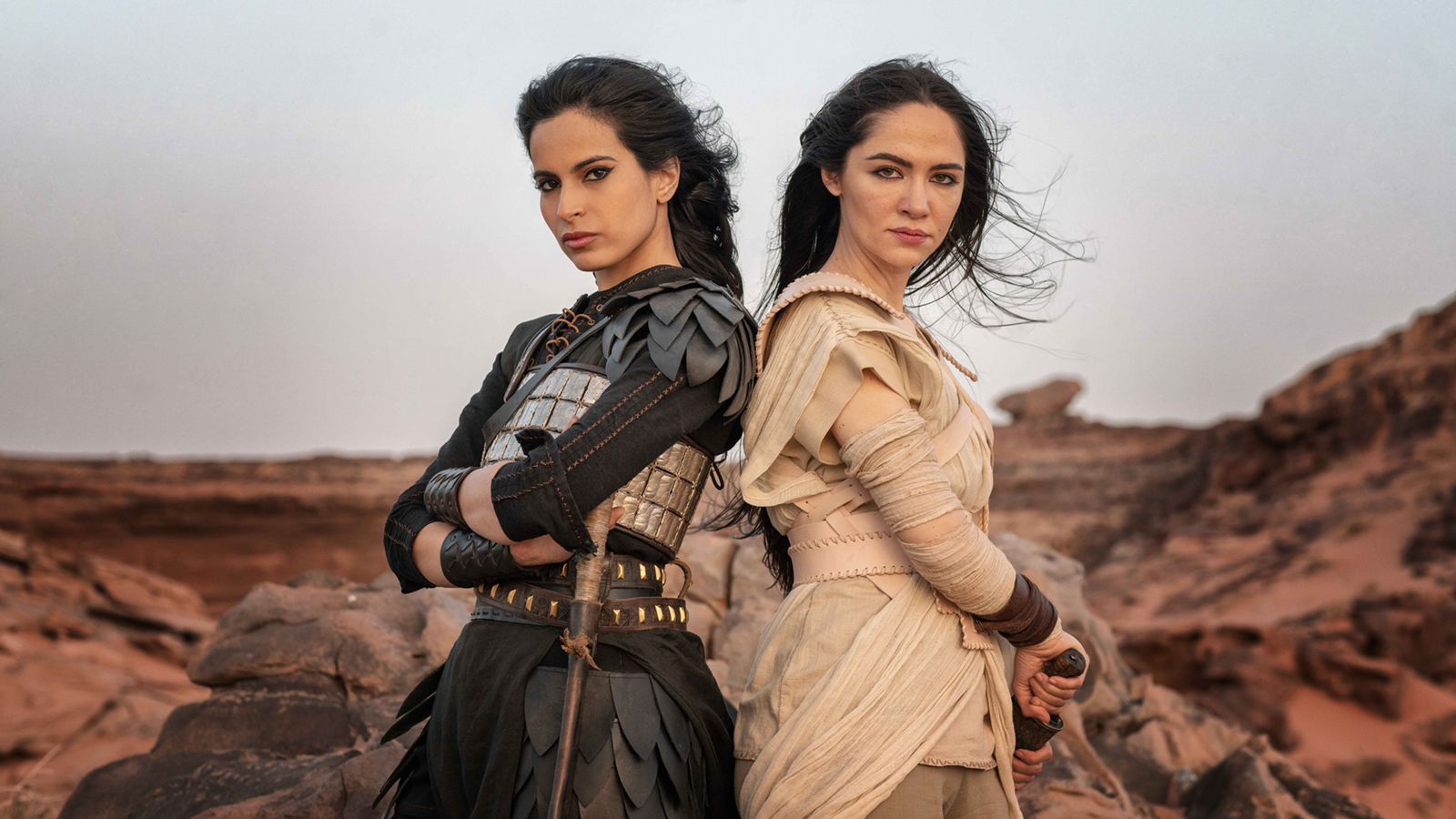 MBC STUDIOS, the in-house premium content production arm of MBC GROUP, announces the production of “Rise of the Witches”, the biggest TV series to be ever made in the Kingdom of Saudi Arabia to date.

The top-budget fantasy-adventure is the biggest series to be ever produced with a homegrown Saudi cast, and holds the largest ever budget for special effects (SFX) for a Saudi production.

Supported by NEOM, the upcoming series is being filmed on three purpose-built studio sets, including Saudi Arabia’s biggest purpose-built backlots to date.

Based on the best-selling Saudi mythology books by Osamah Almuslim, the series – set in ancient Arabia – tells the story of an epic war between two rival witch covens, led by Afsaar and Da’ja’a.

Growing up in a world dominated by male magicians who want to prevent women from having any access to magical powers, both witches secretly learn the arts and go on to form their own groups in order to protect themselves and gain power. But will they continue to be threatened by each tribe, or can they actually join forces? Do not count on it.

The series is directed by Declan O’Dwyer and Craig Pickles, with production led by Dominic Barlow, and MBC GROUP’s Zeinab Abu Alsamh as Executive Producer.

Abu Alsamh, who is also General Manager of MBC STUDIOS KSA, commented: “’Rise of the Witches’ is a true homegrown production, and features recognisable and new faces, with talent both in front of and behind the cameras coming from our very own MBC ACADEMY and MBC TALENT hubs. This series will no doubt make household names of the cast – this outstanding fantasy-adventure is not one to be missed!”

Currently in production, the ten-part series is a Shahid Original and will stream via Shahid – the world’s leading Arabic streaming platform – later this year.

MBC GROUP is the largest and leading media company in the Middle East and North Africa (MENA).