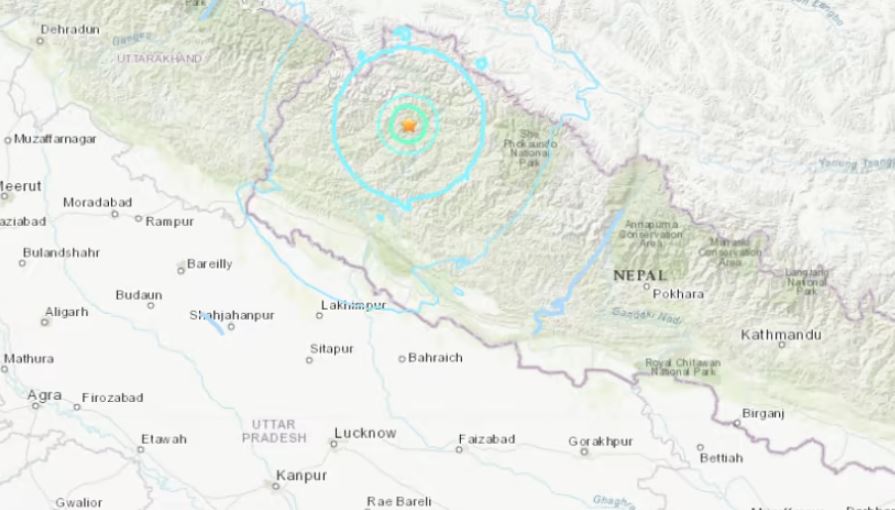 An earthquake of magnitude 5.6 struck Nepal on Tuesday (Jan 24), damaging some houses and sending tremors out as far as India's capital, New Delhi.

The US Geological Survey said the quake was at a depth of 25km, about 63km to the northwest of Nepal's Jumla district, more than 300km from the capital, Kathmandu.

"It was quite a big tremor. There were people all gathered on the streets. There was terror for some time," said Nain Rawal, an official in Bajura district near Jumla.

There were no immediate reports of any casualties.

Three houses in Bajura were damaged, according to Surya Thapa, a district police official.

The European-Mediterranean Seismological Centre said earlier that the magnitude of the quake was 5.4.