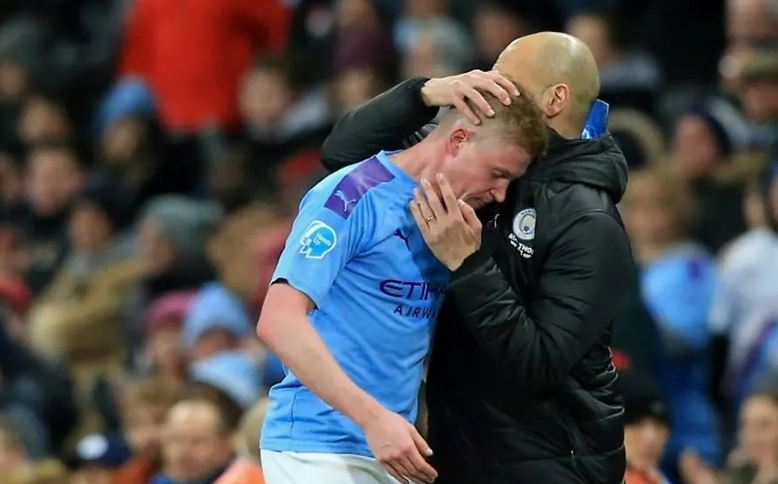 Manchester City's appeal against a two-year ban from European competition opened before the Court of Arbitration for Sport (CAS) on Monday by videoconference, a court official told AFP.

City are accused of overstating sponsorship revenue to hide their failure to comply with UEFA's financial fair-play (FFP) rules between 2012 and 2016. In addition to the ban, they were also fined 30 million euros (US$34 million, £27 million).

"The hearing has started well and the video conference is working well," Matthieu Reeb, the secretary general of the Lausanne-based CAS, said.

The remote hearing, which pits Manchester City against UEFA lawyers, opened 09:00 local time (0700 GMT) and is scheduled to last three days before closing on Wednesday evening.

Reeb said a decision could announced in July.

Even if City's appeal to CAS fails, the English champions could present a further appeal before the Swiss Federal Court, also based in Lausanne.

UEFA's case was prompted by a series of leaked emails published by German magazine Der Spiegel in 2018 that seemed to show how City manufactured extra sponsorship revenue from a series of companies with connections to the club's Abu Dhabi-based owner Sheikh Mansour.

Under the Sheikh's ownership, City's fortunes have been transformed, winning four Premier League titles in the past eight years.

However, the billions invested in players and managers have not yet delivered the club's first Champions League title.

City are still involved in this season's competition and will be allowed to compete should the 2019/20 edition of the Champions League return in August, no matter the outcome of the appeal.

Another European powerhouse, Italian club AC Milan, has already been excluded from European competitions for failing to comply with the FFP rules, after losing their appeal to CAS in June 2019.

A two-season ban from the competition would represent a huge blow to City's prestige, finances and hope of keeping manager Pep Guardiola and key players like Kevin De Bruyne and Raheem Sterling.

"Two years would be long. One year is something I might be able to cope with," De Bruyne told Het Laatste Nieuws last month.

The further loss of gate receipts and commercial revenue would make it extremely difficult for the club to meet FFP regulations without cutting costs.

"Based on our experience and our perception, this seems to be less about justice and more about politics," said CEO of the City Football Group Ferran Soriano.

UEFA has been under pressure, most publicly from La Liga president Javier Tebas, to impose a harder line on clubs backed by states, such as City and Qatari-owned Paris Saint-Germain.

European football's governing body also have plenty riding on the case. If they lose the appeal, the FFP regulations would be undermined.

A delayed outcome would leave a cloud hanging over the return of the Premier League season.

City seem certain to secure Champions League qualification on the field with a 12-point lead over fifth-placed Manchester United.

If they are excluded, fifth would be good enough for the riches of next season's Champions League, which are all the more valuable during the economic crisis caused by coronavirus.

Just six points separate United from Crystal Palace in 11th, leaving plenty to play for in the final nine rounds of matches of the season once the Premier League restarts on June 17.