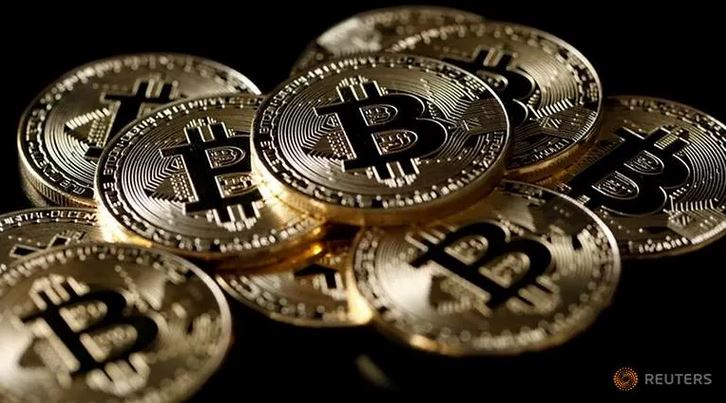 Bitcoin started life in 2009 essentially worth nothing.

A decade later, the cryptocurrency has hit repeated highs, hitting a lifetime peak of more than US$61,000 in mid-March.

The second is the fear of missing out, he added.

"Just to put things into perspective, only five  years ago in 2016, there were only 5 million people with an account at a crypto exchange," said Mr Arslanian.

"Last quarter, you had over 100 million people with an account inside a crypto exchange. This is not even counting all the people who are now able to buy bitcoin and cryptocurrencies using technology platforms like PayPal or Square,” said Mr Arslanian.

Student and financial blogger Lin Yun Heng first heard of bitcoin in 2017, but the lack of knowledge kept the 22-year-old on the sidelines.

"I just keep on reading and reading about bitcoin but I didn’t find the courage to go in because I didn’t understand fluctuations or volatility back then," said Mr Lin.

He made his first bitcoin investment in August 2020. Within five months, he said, the value of his investment doubled to nearly US$6,000.

Founder Zann Kwan said the company is seeing a surge of new investors. She estimates that right now, more than half are new customers.

One pull factor for bitcoin is its scarcity.

“Every 10 minutes, you have 6.25 bitcoin that are created. There’s about 700 bitcoin created each day. This is going to continue until the year 2140 where you’ll hit the maximum 21 million bitcoin. And one of the mechanisms is that every four years, the number of bitcoin that are offered to miners every 10 minutes, is cut by half," explained Mr Arslanian.

Despite its scarcity and skyward trajectory, there are still plenty of risks when it comes to investing in Bitcoin.

Ms Kwan points out that one feature of bitcoin is its price fluctuation, and this is something new investors might not be used to.

She has this advice for such users: “Unless you want to actively trade in it, if you just want to buy it to own some, buy it and just don’t look at the price. Maybe check it out only every few months rather than checking it every hour. Because it can really drive you crazy.”

According to one recent study in the United States, two-thirds of millennials see bitcoin as a better store of value than gold.

But unlike gold and fiat currencies, there are questions over bitcoin’s usefulness as a store of value. And that’s another risk that investors have to keep in mind.

Mr Steve Brice, chief investment officer at Standard Chartered Wealth Management, said: “What is its valuation? How do you value bitcoin? It’s really difficult. If we look at currencies or gold, there is a long history of factors that you can look at to value them. Whereas cryptocurrencies, because they are quite new, it’s a lot harder for us to come up with the fundamental value as with any currency.

"It really depends on the trust people have in that currency. And that can evaporate even from typical currencies. For cryptocurrencies, probably the risks are higher than for normal currencies.”

But despite such uncertainty, investors such as Mr Lin say they are in it for the long run.

Mr Lin explains the appeal: “Other than the scarcity, bitcoin is extremely liquid. So as and when I want to buy or sell, it’s extremely simple and I don’t need to go through a bank or broker to do it. My target price for bitcoin is around US$100,000 per coin and I have a holding period of more than 10 years. My target is to accumulate around 10 per cent in crypto and the other 90 per cent in equities.

Experts say that more price volatility can be expected for bitcoin.

Some, like Mr Arslanian, estimates that bitcoin could range between US$50,000 and US$100,000 by the end of the year, while others like Mr Brice say the price could drop.

“I would say probably by the end of the year, I’d expect it to be lower than today, and potentially significantly lower," said Mr Brice.

"You should be comfortable with the risk that if it goes to zero, it’s not going to devastate you financially. If you want to play the cryptocurrency area, nothing wrong with that per se, but just make sure you size it appropriately", he said.