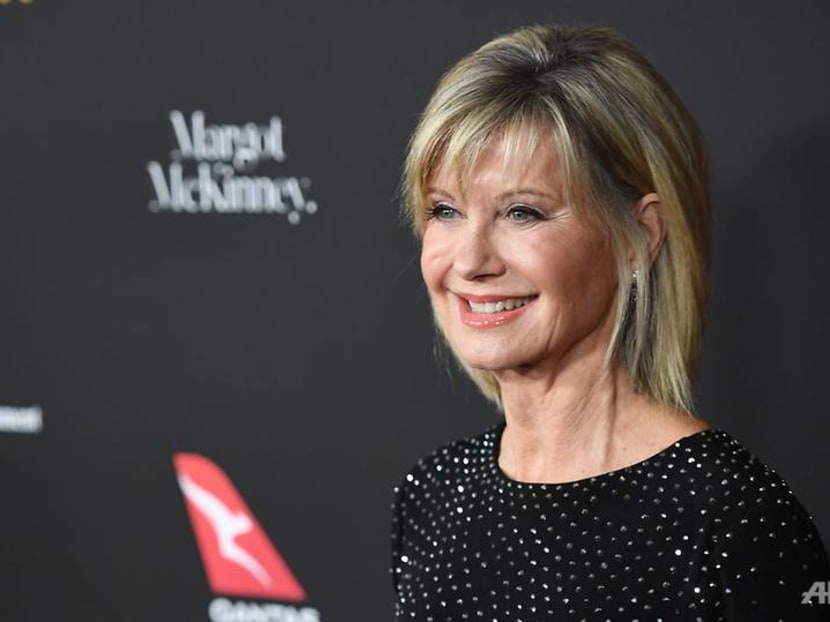 Singer Olivia Newton-John, who gained worldwide fame as high school sweetheart Sandy in the hit musical movie Grease, died on Monday after a 30-year battle with cancer. She was 73.

Newton-John "passed away peacefully at her ranch in Southern California this morning, surrounded by family and friends", said a statement from her husband John Easterling posted on her official social media accounts.

The multiple Grammy-winning entertainer, whose career spanned more than five decades, including chart-topping songs such as Physical, devoted much of her time in later years to charities after first being diagnosed with breast cancer in 1992.

The British-born and Australian-raised star dedicated a number of albums and concerts to raise funds for research and early detection of the disease, including the construction of a health centre named after her in her adopted home Melbourne.

"I don't like to say 'battled,'" a defiant Newton-John told Australia's Channel Seven TV in September 2018 after revealing she had been diagnosed with cancer for a third time.

"I like to say 'win over,' because 'battled' sets up this anger and inflammation that you don't want."

No cause of death was given in the family's statement.

Newton-John was best known for starring in the 1978 musical Grease alongside John Travolta as the-girl-next-door Sandy, who trades her ankle-length skirt and prim and proper hair for skin-tight black pants and a perm.

The high school sweetheart-turned-bad girl resonated with audiences worldwide, and continues to capture hearts decades after the movie was released.

"Making it was fun but you never know with movies if audiences are going to go with it or not, even if you love it," she said in a Forbes interview in 2018.

"It is incredible that it is still going but it's not even just that, it's showing no signs of stopping. You say 'Sandy and Danny' and people instantly know what you're talking about."

Grease remained the highest-grossing musical for three decades, with Newton-John and Travolta maintaining a close relationship long after the film was made.

"My dearest Olivia, you made all of our lives so much better. Your impact was incredible. I love you so much," wrote Travolta, in an Instagram post Monday signed "Your Danny, your John!"

Travolta has previously said meeting and working with Newton-John "was my favourite thing about doing Grease".

There was no one else "in the universe" who could play Sandy, he said of Newton-John, who turned 29 during the making of Grease and later revealed she had to be convinced by Travolta to take up the role after self-doubts that she was too old to play a teenager.

"If you were a young man in the 70s..., if you remember that album cover with Olivia with that blue shirt on, with those big blue eyes staring at you," Travolta recalled, in an interview to mark the film's 40th anniversary in 2018.

"Every boy's, every man's dream was: 'Oh I would love for that girl to be my girlfriend'."

Australian popstress Kylie Minogue said she had loved and looked up to Newton-John since she was a child.

"She was, and always will be, an inspiration to me in so many, many ways," the singer wrote on Twitter.

Born in Cambridge, England in 1948, Newton-John was the youngest of three children.

The granddaughter of Nobel Prize-winning physicist Max Born, she immigrated to Melbourne, Australia with her family when she was five.

A passion for music saw her perform in several Australian TV shows as a teenager, before moving to England in the 1960s where she teamed up with fellow Australian performer Pat Carroll on the UK pub and club circuit.

From the 1970s, she would go on to top international charts for decades with songs that stretched into folk, country and pop, earning four Grammys from 12 career nominations.

The 1981 hit song Physical, which saw Newton-John don a headband and spandex amid an 80s fitness culture boom, demonstrated the dexterity of a performer able to reinvent herself amid cultural change.

Despite her multiple cancer diagnoses, she performed into her late 60s, including a two-year residency in Vegas, a 2015 tour with Australian music legend John Farnham, and even recording a Club Dance track at 67 with her daughter Chloe Lattanzi.

Her philanthropy and passion for cancer research came to the forefront, championing natural therapies including medicinal cannabis in the treatment of cancer.

"I have done everything, and the icing on the cake as well," she said, reflecting on her career.

"So I feel grateful for anything that happens now."