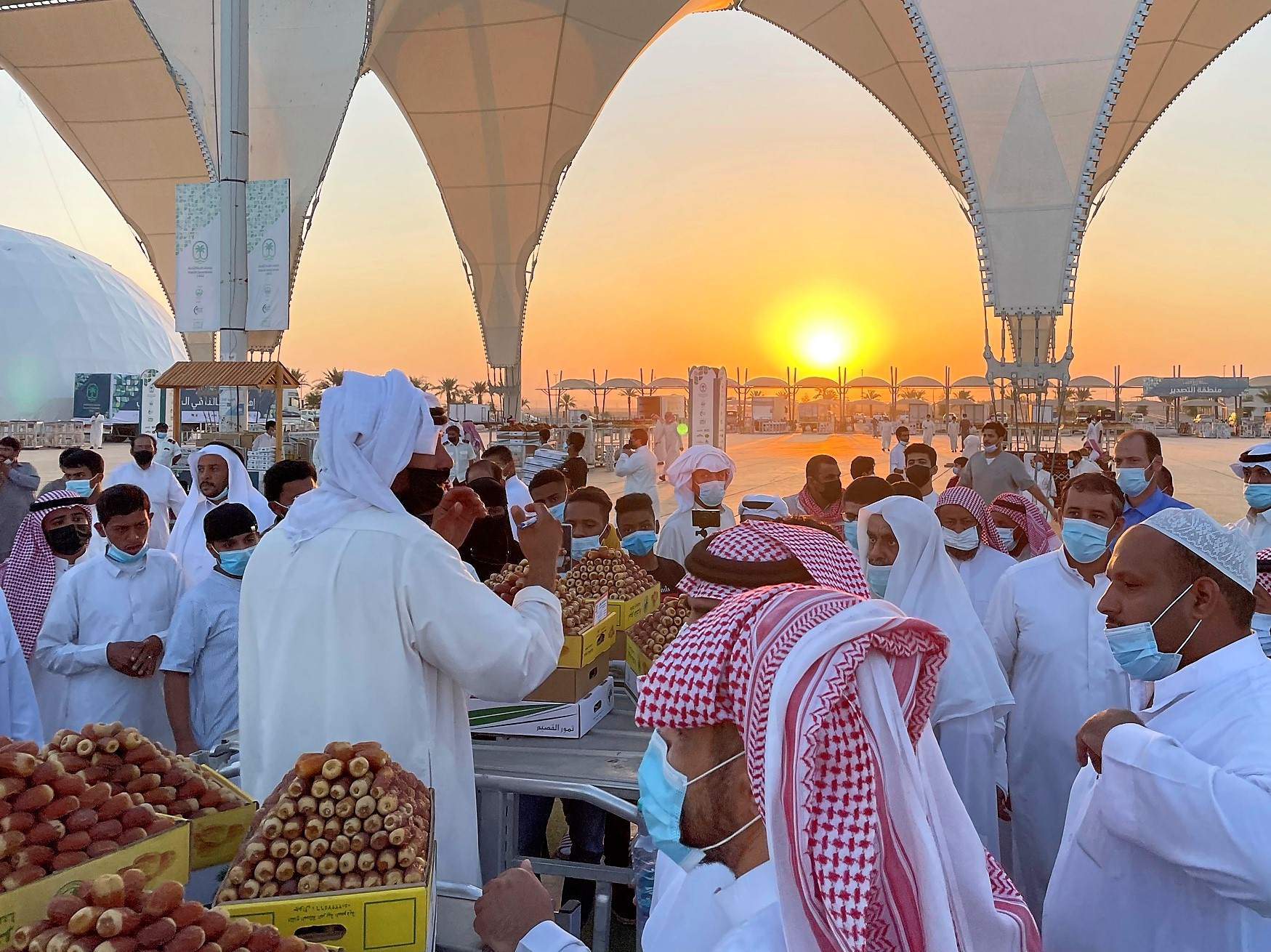 A date safari in Al Qassim

"A family with dates will never be hungry."

If you want to taste some of the most delicious Arabic dates in the Middle East region, then you need to head three hours north of Riyadh to the province of Al-Qassim.

The Al-Qassim province is one of the thirteen provinces of Saudi Arabia. It is also known as the Emirate of Al-Qassim and is located in the heart of Saudi, near the geographic center of the Arabian Peninsula. This province is home to a population of 1,370,727 spread over a vast 58,046 km², encompassing a wealth of agricultural assets and more than 8 million palm trees.

On this trip, my friend and I were aiming for Unayzah, or officially we should say the Governorate of Unayzah. It lies south of the province's capital Buraydah and is the second-largest city in Al-Qassim Province, with a population of 163,729 (2010 census).

Driving into Unayzah, we were immediately struck by this city's nicely laid out, clean, and orderly streets. And the endless date palm trees.

The city of Unayzah also has an airport, which is one of the twenty-six main airports dotted around the Kingdom. Since this was a slightly longer drive for a weekend excursion, we planned to stay overnight, and the first order of business was to check in to our hotel, which was called Al Malfa Resort. This beautiful quaint building is set up on its own little green plateau, which looked down on acres of date palm groves on either side. It was a good deal at 400 SAR per person for a comfortable ensuite bedroom and healthy, traditional breakfast.

The building is a traditional low-rise building design with extravagant colored windows and doors to compliment a tan-colored palate on the walls and ornate white trim. It is pretty, attractive, and welcoming. 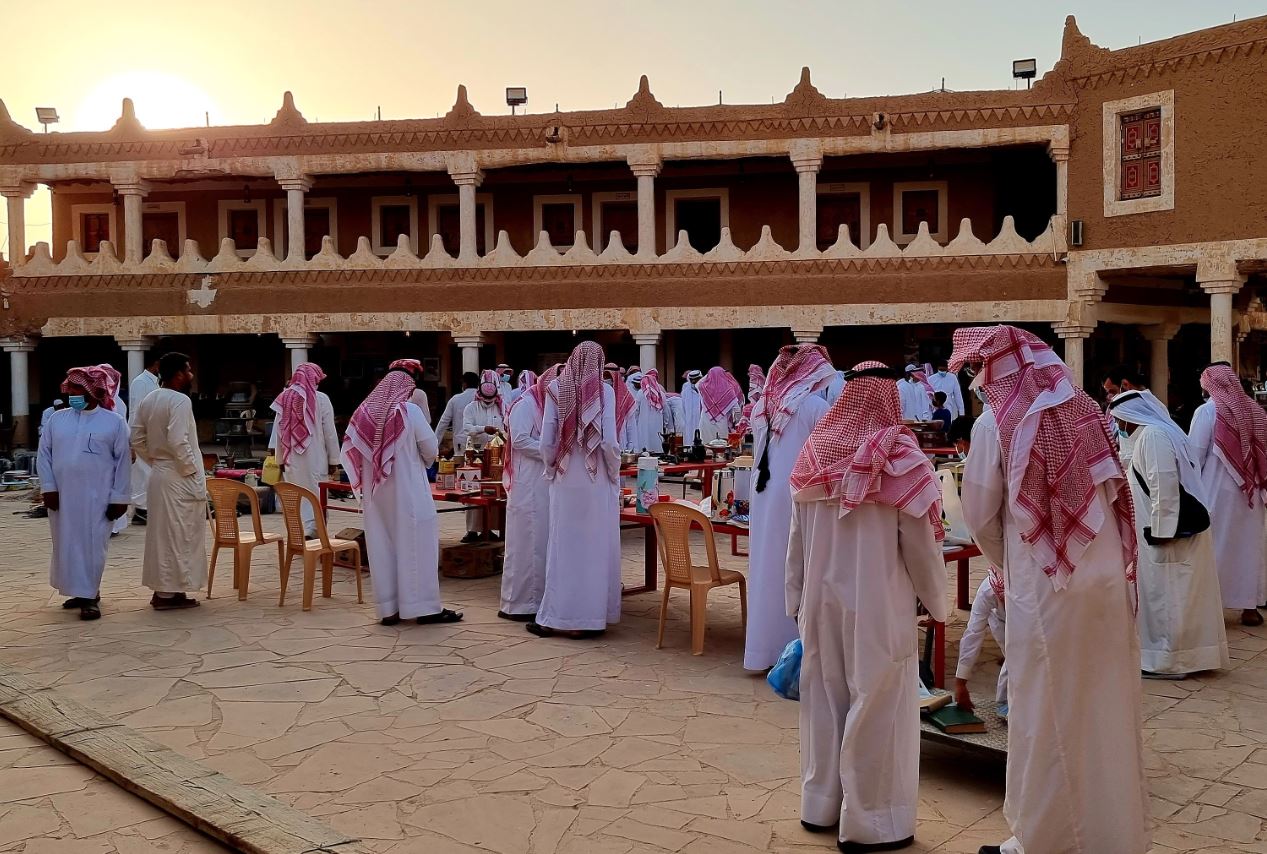 This weekend, our main target was to see the annual Date Festival, a 90-day event that starts in August each year. So after a bit of map studying, we set off to find Onaizah Dates Market.

The marketplace was only ten minutes away from where we were staying. Followed by an easy effort from me, "the Navigator," we arrived at our location. It was late in the evening, and there were not many people around. We soon discovered that the day's main activity began at 6 am and finished at 8 am. So, after an interesting exchange in pidgin Arabic and pidgin English, we all sat down for some refreshing Arabic coffee and our first taste of the local Sukkari dates. When our coffee was finished and our thirst replete, we agreed with our new hospitable friends to return early the following morning.

And then, we set off to find and explore Al Bassam Heritage House Museum. It was open late into the afternoon and was only a short distance away. Here we found another lovely building preserved and used today as a sort of antiques and flea market by the local community.

It was a vibrant place, with many shopping for local antiques, art, and traditional homemade snacks. We met Mohammed, an accomplished local artist who had a small stall full of beautiful hand-painted items, and other stallholders selling lots of exciting and very affordable treasures.

We emptied our wallets and then retreated for dinner in a local restaurant called Al Romansiah, which served a huge menu of fresh local delicacies at affordable prices. We returned to our hotel with full tummies following an even fuller first day that was action-packed and satisfying in terms of new experiences. We settled in the lush green garden of Al Malfa Resort to enjoy some fresh juice as we listened to the cicadas and observed some inquisitive passing desert hedgehogs. Al Malfa Resort has a breeding pair that live in their hedgerows.

Day two was an early start as we got up at 5 am just before the sun was up and made our way back to the date market. This is what we found, a bustling marketplace and a hive of activity by farmers, traders, and auctioneers and a growing crowd of tourists. There were plenty of friendly locals who were eager to tell us all about the proceedings. We walked about looking and smelling the sweetness of the different varieties of dates. We were invited for Arabic coffee, presented with an English version of the Koran, and gifted more dates than we could possibly eat ourselves. Thankfully we have many friends back in Riyadh who will be more than happy to help out on that score. 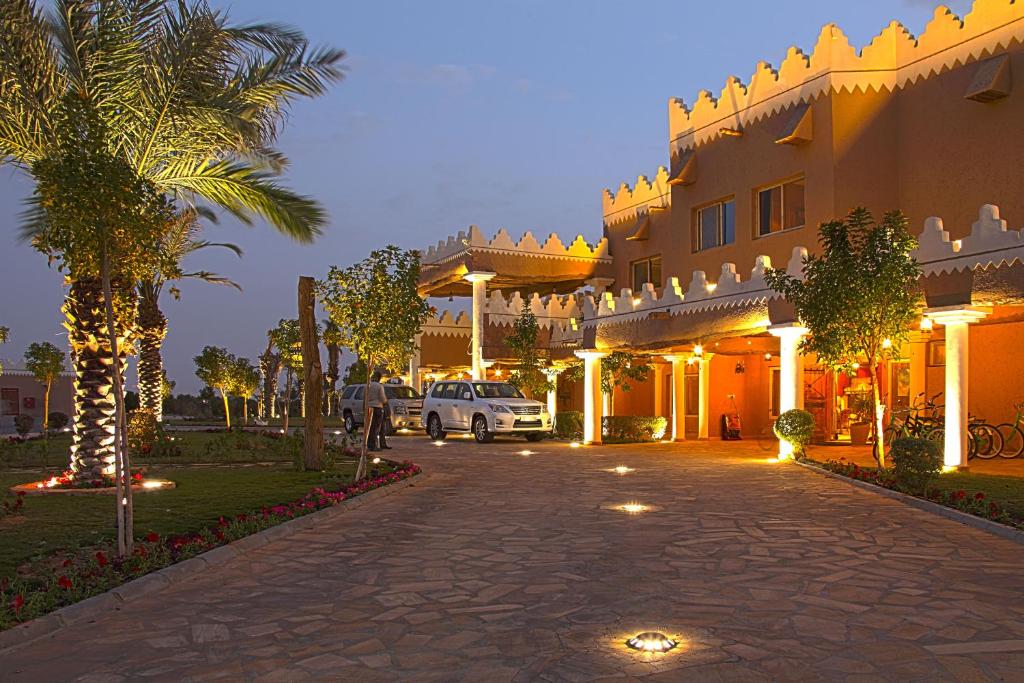 • There are more than 300 varieties of dates grown in Saudi Arabia.

• Saudi export to almost 60 countries each year, and this number is growing.

• Saudi produces 25% of the worlds dates 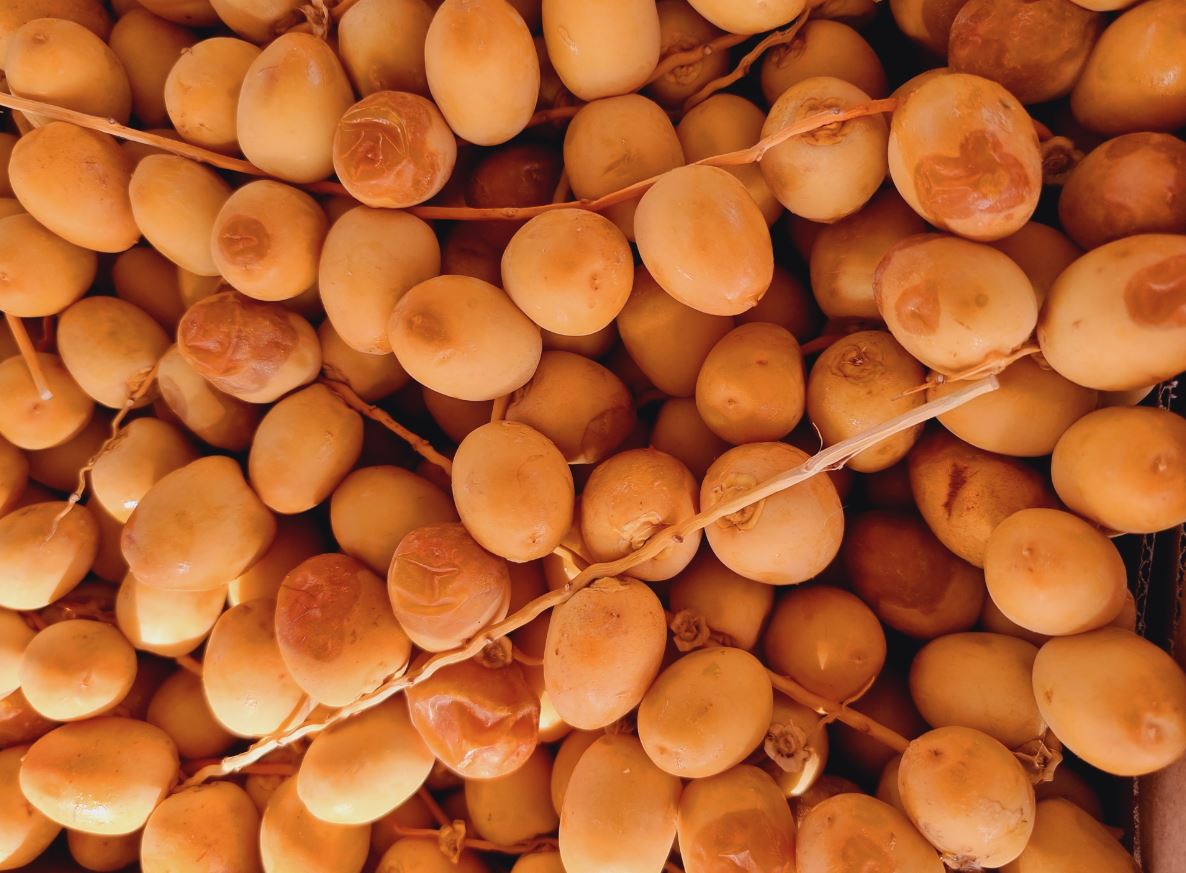 When the market started to draw to a close, we then moved on to take a closer look at one of the many local farms. We found Alturki's farm shop and palm groves on the ring road in the center of town. Here we got to see and buy more local fresh produce.

There was so much to see and do in Unayzah; it was a great weekend or long weekend trip. Before we left, we also visited Talent Gardens to see a bird aviary and its tea rooms. Talent Gardens is awesome fun for kids as they can feed the colorful little birds while mum and dad can relax and have tea and dates in the fabulous garden areas. The entrance fee is 75 SAR per person, including bird seeds, coffee, dates, and as long as you like in the cool gardens. Some other worthwhile spots to visit include Rasheed Dome Market and Aloqilat Museum.

Feeling exhausted, we left Unayzah mid-afternoon on the second day to drive the three and half hours back to Riyadh. We packed a lot of sightseeing into this trip and met lots of lovely friendly people and we drove home high on feel-good endorphins.