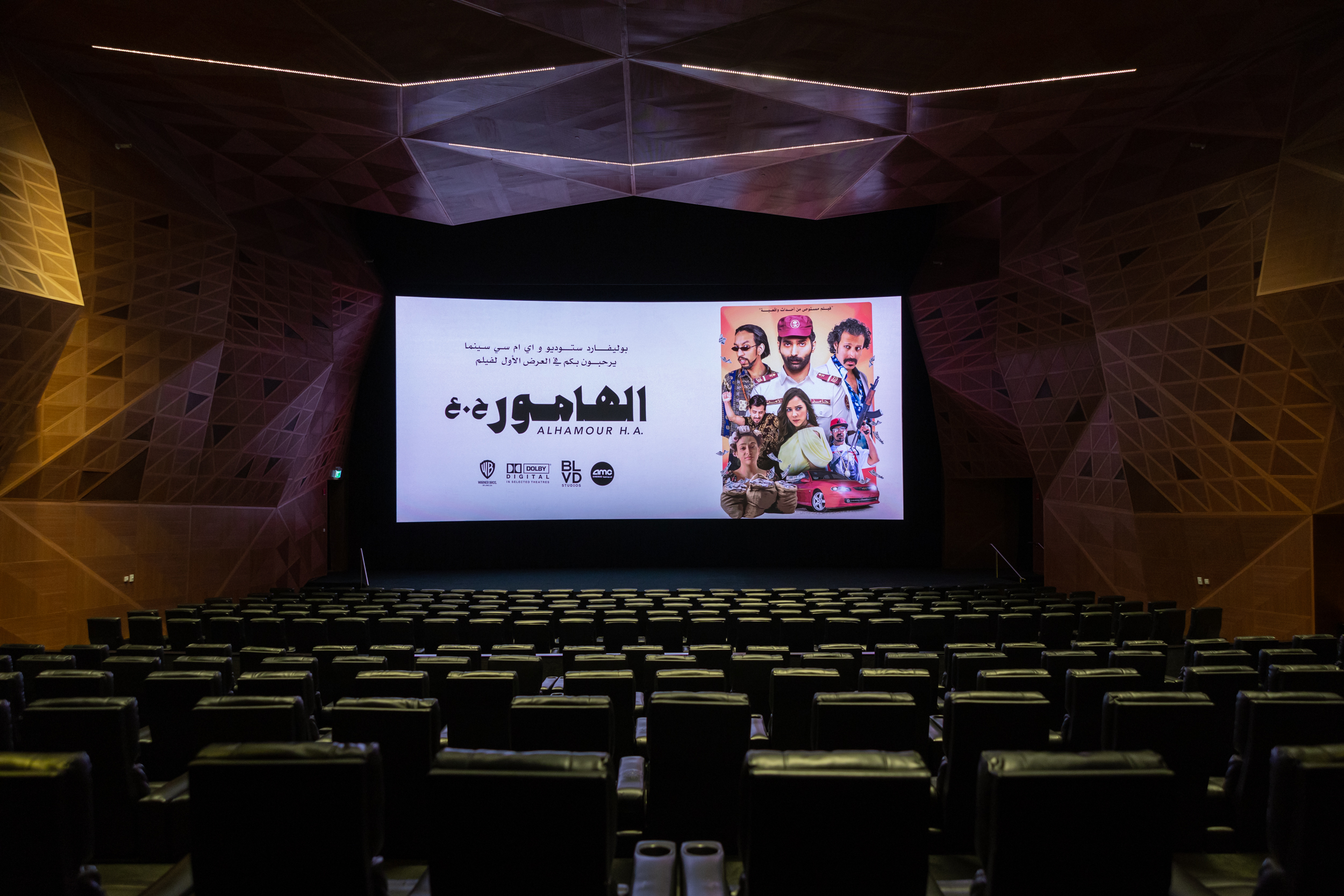 AMC Cinemas showcases the brilliance of homegrown cinema with the premiere of ALHAMOUR H.A

On January 18, 2023, at AMC’s King Abdullah Financial District (KAFD), AMC Cinemas’ hosted the premiere of the highly-anticipated Saudi film, ALHAMOUR H.A. to celebrate the launch of the new release, with the presence of the Cast of the Film to showcase the very best of homegrown filmmaking and support the evolving Saudi Cinema industry.

The premiere marked yet another significant milestone for the Saudi film industry, spotlighting the strides made by Local creators and filmmakers to produce world-class features for the big screen.

It also underlines the kingdom’s commitment to developing local talent — in front of and behind the camera — and empowering the next generation of artists and storytellers to fulfil their potential and share their unique visions with the world.

One of the most eagerly awaited films of the year, ALHAMOUR H.A. is primed to set a new benchmark for Saudi cinema. Produced by Boulevard Studios the gripping comedy charts a security guard’s meteoric rise to power, exploring the highs and lows of his newfound prominence and wealth as he faces various challenges from friends and rivals alike.

ALHAMOUR H.A is set to be released, only in theatres, across the Kingdom on January 19, 2023. For further information and a list of upcoming films and screening times, please visit: www.amccinemas.com