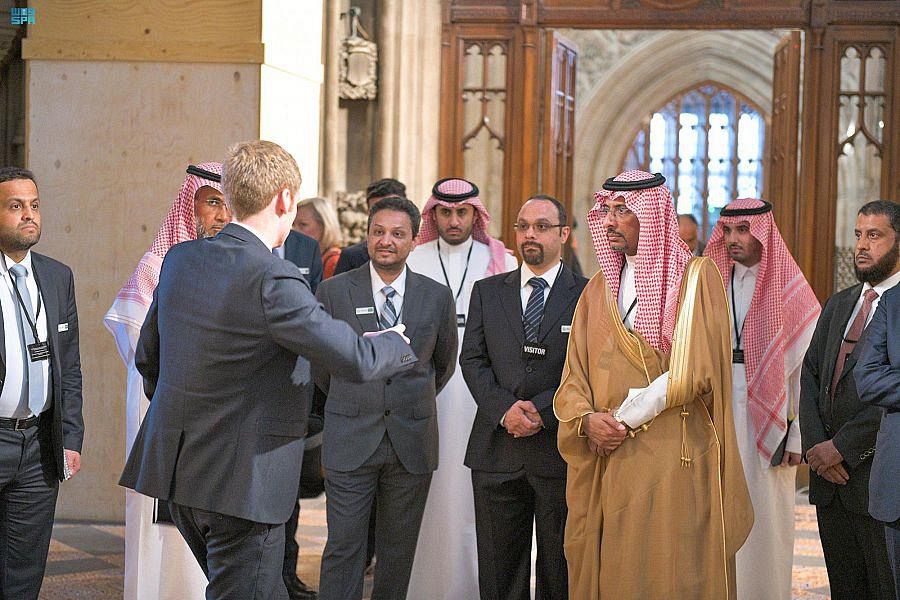 Minister of Industry and Mineral Resources Bandar Ibrahim Alkhorayef has visited the UK Parliament in the Palace of Westminster accompanied by the Under Secretary of State in the Department for Business, Energy and Industrial Strategy Le Rowley.
Numerous industry and mining leaders were with the Minister during his visit to the United Kingdom. The visit aims to enhance collaboration and bilateral relations in industry and mining.
Alkhorayef was briefed on the history of the palace and its most key features and artifacts during the tour of the Palace of Westminster. The palace is one of the largest parliamentary buildings in the world, and plays a pivotal role in British society and for the British government. The Minister also listened to an explanation about the history of the UK Parliament.
The Minister's visit is intended to strengthen Saudi-British relations, as the Kingdom's total non-oil exports to the UK amount to 1.53 billion riyals, while total non-oil imports to the UK amount to 10.50 billion riyals in 2020. The Kingdom seeks to increase collaboration by introducing investors to quality investment opportunities in the industrial and mining sectors.