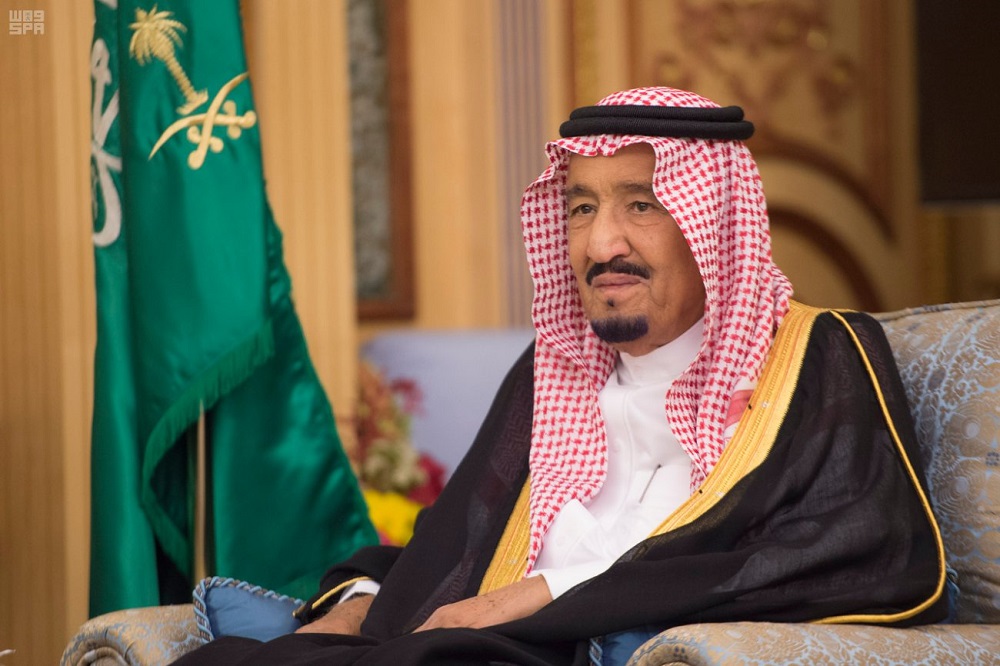 Saudi Kingdom... positive strength in the region and world

The people of the Kingdom of Saudi Arabia and its residents are all set to celebrate the 6th anniversary of Custodian of the Two Holy Mosques King Salman’s accession to the throne as King of Saudi Arabia. With hearts full of love, peace of mind, and a sense of accomplishment and gratitude for the generous contribution by the state in all fields of life, the people are discerning the development, the state authorities and institutions are achieving in all regions of the Kingdom.

For his part, Ambassador Mohamed Morsi, the former assistant foreign minister, congratulated the Custodian of the Two Holy Mosques on this great occasion wishing him and the Kingdom prosperity and stability during his reign. He pointed out that the pledge of allegiance to the Custodian of the Two Holy Mosques came at important moments because the recent period was full and is still flooded with challenges and difficulties whether at the level of neighboring countries orat the level of economic conditions in the world and their impacts on the countries of the region. There were successive crises that hit the region, whether in the form of civil wars or disputes. Consequently, the past years represented a great challenge to the wise Saudi leadership.

Ambassador Mohamed Morsi affirmed that the Kingdom succeeded, during the reign of the Custodian of the Two Holy Mosques, in preserving the approach of the sons of the founding king. In addition, King Salman succeeded in developing this approach whether in terms of internal reform in the Kingdom or the promotion of the close cooperation, friendship and integration with brotherly Arab countries.

The Ambassador expressed his feeling of great pride towards the Saudi, Egyptian, and Emirati coordination, which is currently carried out in all files of common interest among countries of the region. This coordination has had a clear stamp in preserving a great deal of national interests in the face of the winds of change sweeping the region and the ambitions of external parties. We should remember that the Kingdom had a decisive, clear and decisive role during the reign of the Custodian of the Two Holy Mosques. This key role is currently growing and continuing pertaining to fighting terrorism, resisting extremist ideology and showing the true image of Islam together with defending the Arab issues whether in Yemen, Syria, Iraq or Libya. We should also remember the Kingdom’s common positions with regard to confronting regional powers that are greed for Arab capabilities and wealth.

Ambassador Morsi pointed out that King Salman is well known for his patriotic and Arab stances all the time. These stances are well supported by His Highness Crown Prince Mohammed bin Salman who adopts ambitious plans and ideas to develop the Kingdom. Morsi also pointed out that the Kingdom is currently witnessing a significant change under the present wise Saudi leadership because the Kingdom, for decades, maintains well-known traditional constants at the internal and external levels. When I was a member in the Egyptian mission in the Kingdom, I have had the privilege of meeting King Salman when he was Prince of Riyadh. He adopted deeply-rooted national positions serving his country and the Arab nation. This has provided the opportunity for making major internal changes. During his reign, the pace of reform has increased strongly and we still see more positive changes that are in the interest of the entire Arab nation.

Ambassador Morsi said that King Salman's vision and long experience will positively reflect on making a quantum leap in the Kingdom. The Kingdom succeeded in facing and overcoming all the current challenges and achieving the aspirations of the Saudi people despite the problems that have faced the whole world in the recent period. We have recently seen many changes taking place with regard to human and women's rights. In addition, there are many economic and political issues side by side with the religious and social ones. Everyone sees the winds of change that extend to all parts of the Arab world. Thus, we laud these rapid and successive changes, which represent a great challenge because making change is always faced with some fear or hesitation from some traditionalists.

Ambassador Gamal Bayoumi, former assistant of the Egyptian foreign minister and president of the Union of Arab Investors, indicated that the Kingdom is now one of the most stable countries in the Arab world. Everyone sees the Kingdom, day after day, achieving tangible progress in new areas.

Ambassador Bayoumi stressed that the Kingdom, under the reign of King Salman, is present at all times and occasions, and a positive power for the region. Certainly, the stability of the Kingdom makes us confident of its key role in the Arab world. This is an important element of security, progress and development for the benefit of the peoples of the region.

In statements to “Al-Riyadh”, Ambassador Bayoumi stressed that the Arab and Islamic worlds are strong as long as the Saudi-Egyptian relations are deeply-rooted. In fact, both countries have succeeded in preserving this, and the existing cooperation is at its highest levels and we are proud of it and even at the level of the two peoples, relations are developing under King Salman's rule.

Dr. Akram Badr El-Din, a Professor of Political Science at Cairo University, said that  the Kingdom is an important and influential country, whether at the Gulf, Arab, Middle Eastern or global levels. This role appeared strong and influential in the reign of Custodian of the Two Holy Mosques King Salman bin Abdulaziz due to the tangible changes and developments both internally and externally. Since the pledge of allegiance to the Custodian of the Two Holy Mosques, the Kingdom has witnessed many important efforts at the economic, developmental, social and cultural levels with a view to achieving a boom in the Saudi economy through sound scientific planning for years. In addition, the Kingdom adopts the policy of fighting and combating the extremist ideology in its various forms. All competent authorities in the entire Arab world took necessary measures to block the financial support from reaching terrorist elements, especially tracking the sources and banks that finance terrorist elements and support their suspicious activities.

Dr. Akram Badr El-Din added that the Kingdom’s Vision 2030 aims to transform the Kingdom into an important economic power, whether at the international level or at the regional one. In addition, the Kingdom pays more attention to industry as an important locomotive that leads the economy to growth and prosperity. This industrial base increases exports to the external world and creates a state of self-sufficiency in the local market. The Kingdom also develops and promotes the human element through education, training and health care programs in tandem with developing various state institutions.

At the external level, Dr. Akram Badr El-Din believes that the Kingdom played a key role in foreign policy during the reign of the Custodian of the Two Holy Mosques. The Kingdom continues to play a key role within the framework of the Gulf Cooperation Council states. The Kingdom is also keen to confront the dangers and threats posed by Iranian policy, whether in the Arab Gulf region or by interfering in Arab issues such as Yemen, Syria and Iraq. The Kingdom continues to defend the Palestinian Cause, legitimate rights of the Palestinians and the international resolutions and principles in this regard, especially the two-state solution. The close and deeply-rooted relations between Egypt and the Kingdom have recently gained momentum. The Kingdom also relied on developing its balanced policy at the international level. It also established close relations with the United States, the European Union, Arab and Islamic countries, and various countries of the world. 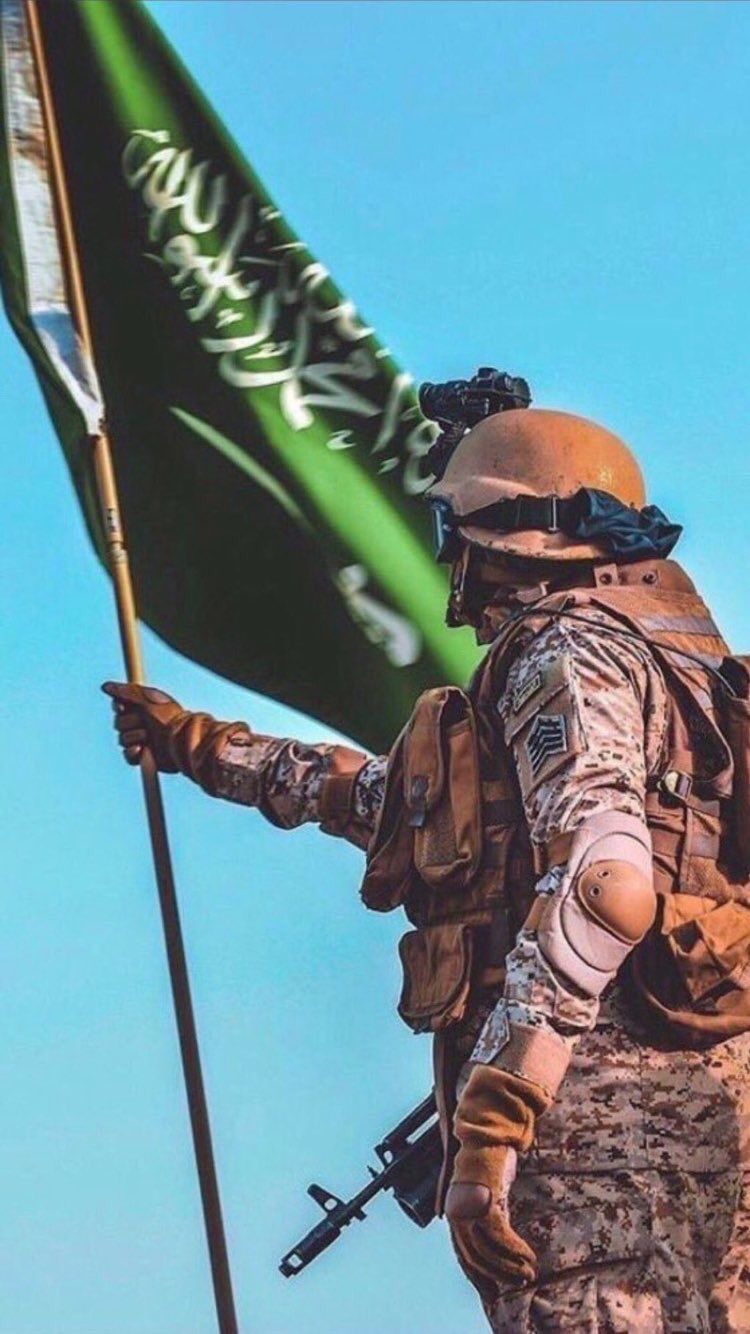 In statements to Al-Riyadh, Writer, Fatima Al-Zahraa Al-Ansari, said: “We celebrate the 6th anniversary of Custodian of the Two Holy Mosques King Salman’s accession to the throne as King of Saudi Arabia. The Kingdom has recently witnessed a great development at all levels. It continues to establish principles of transparency and justice to reinforce integrity and combat corruption.

Fatima Al-Zahraa Al-Ansari added that the kingdom's status and its heavy political weight in the Arab and Islamic worlds have been known for a long time. The Kingdom has gained this heavy political weight due to its strong positions towards all Arab issues, especially the religious ones. This status strongly increased since Custodian of the Two Holy Mosques King Salman’s accession to the throne, on the adoption of moderate and centrist approach. He said: “There is no place among us for an extremist who sees moderation as decadence and uses our tolerant belief to achieve his suspicious goals, and there is no place for an apostate who sees our war on extremism as a mean to disseminate decadence and exploit the easiness of Islam to achieve its purposes.”

Fatima Al-Zahraa Al-Ansari pointed out that during the reign of King Salman, the educational sector developed greatly in terms of the interest in raising and improving the performance of faculty staff through launching the program themed “Development of Creativity and Excellence” in the conviction of their important role and influence on the rising generation. Centers for scientific excellence were established in Saudi universities along with developing all forms of the scientific research. She also added that King Salman adopted great stances and positions internally and externally including his stances from Corona Virus pandemic “COVID 19” that hit the whole world. He provided the assistance to everyone within the Kingdom and in the entire world.

Turkish Political analyst, Turgut oglu congratulated the Saudi leadership and people on this great occasion.  In statements to "Riyadh, he said: “The Kingdom is our mecca. All Turkish people back you and we wish a wider cooperation with you in the near future.”

Yemeni Minister for Human Rights, Muhammad Askar, stressed that the presence of King Salman in these historical and critical moments represent a pivotal transformation on the dynamics of relations and policies taken at the level of the Kingdom or at the level of the contemporary Arab system. Operation Decisive Storm ('Āṣifat al-Ḥazm), was one of these major strategic decisions to counter Iran's interference in the region, especially in Yemen and its armed militia there. Muhammad Askar concluded his statements to Al-Riyadh, saying that King Salman’s decisions managed to give a leap to the contemporary Arab system to be able to deal with the major, difficult and existential challenges that threaten the existence of the entire Arab system These decisions had a great impact and were able to prevent Iran from controlling Yemen after it had announced through its leaders that the 4th Arab capital had fallen into its grip. The destiny of the Arab countries is common and the battle, waged by King Salman and his Crown Prince, is a fateful one that establishes a future safeguarded from regional and international interference.