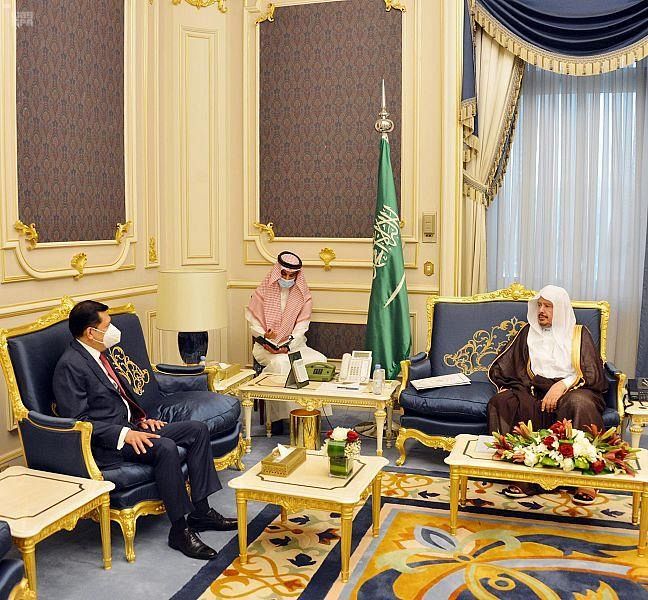 The Speaker of the Shura Council Sheikh Dr. Abdullah bin Mohammed bin
Ibrahim Al Al-Sheikh received at his office in Riyadh today the
Ambassador of the United Mexican States to the Kingdom of Saudi Arabia
Aníbal Toledo.

Sheikh Dr. Al Al-Sheikh pointed out the importance of strengthening
the work of joint parliamentary friendship committees between the Shura
Council and the Mexican Parliament, stressing the importance of
continuous communication in the interest of the two countries.

For his part, the Ambassador stressed the importance of cooperation
between Mexico and the Kingdom in various fields, and the importance of
parliamentary relations and their role in achieving greater
rapprochement and a wider contribution to the development of bilateral
relations. He commended the role of the Shura Council in the Kingdom's
developmental movement in light of Vision 2030.

He affirmed his country's keenness to work with the Kingdom in all
fields, praising the continuous development in relations in various
fields.

The meeting discussed issues of mutual interest that contribute to advancing bilateral relations in all fields.