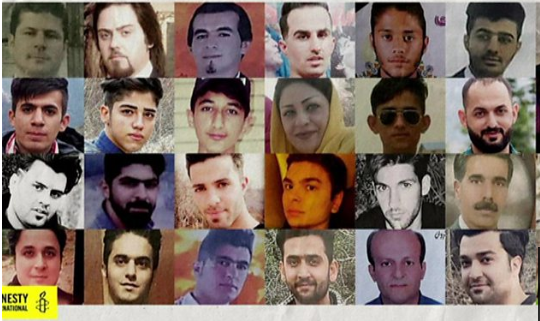 Hamid's journey ended in the November protests in Iran

One day after the 300% price hike of gasoline in Iran, Ayatollah Ali Khamenei, the Supreme Leader of the Islamic Republic labeled the protesters as “foreigners’ and blamed other countries for the unrest in Iran.

During the following 7 days, a huge number of youths, civil and political activists and university students were arrested and this continues. As has been the case for the past many years, the regime in Iran has forced a number of detainees to give false confessions and interviews, with Iranian state television broadcasting parts of these sham shows.

Far too many other protesters have been shot in the street and died of their wounds without a chance of life, even in prison. Hamid Rasouli, 32, is an example of one of these brave souls who protested against poverty, inflation and government corruption and lost their lives for this noble cause, shot twice by Khamenei’s attack forces.  By his life and death, he exemplifies the brutality of this regime against peaceful protesters and epitomizes the courage, bravery and determination of the ordinary people of Iran, qualities that the Iranian regime is incapable of extinguishing.     According to what his friends and family have said, Hamid joined the protesters on Saturday night, 16 November, at an area called Hosein Abad, in the city of Karaj. It was there that he was shot by one of the regime’s guards and soon after passed away.

Hamid held a degree in mechanical engineering and began working in an industrial plant a few years ago. He was very serious about his job and gained many skills in a very short time. However, after a couple of years, he once again became unemployed. With the gas price hike and the beginning of the protests in Iran that followed, Hamid told his friends that he was just so tired of being unsettled and out of job. “I have nothing to lose.,” he said. “I am going to join the protesters, hoping the authorities will hear our dismay.  This is a chance for the government to realize that people are indeed unhappy and frustrated.”

According to one of his friends, Hamid was in high spirits and optimistic about change. He was determined and feared no obstacles. One of his friends, who was with him at the scene, said that Hamid walked toward an armed officer who was standing in front of the demonstration and said to him "What's going on?" Why do you do this to us? Don’t you see in what a miserable situation we are living? I am unemployed. We have the right to be here because nobody is ready to listen to us. We are sick and tired of all the government’s hollow promises.” The armed guard viciously pointed his gun at Hamid and pushed him. 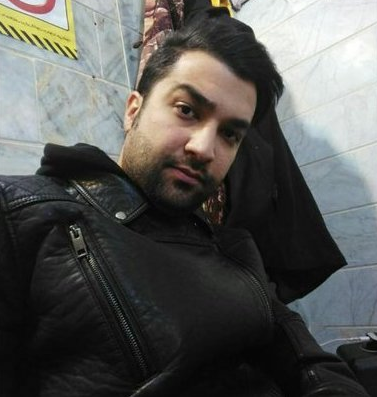 Hamid then asked “Who has given you the right to push me?” and continued by saying again that he is here in this protest to seek his rights. According to Hamid’s friend, the guard received the kill order and then shot twice at Hamid, hitting him in his abdomen. Hamid's friends immediately set out to take him to a nearby hospital, but unfortunately, because of excessive loss of blood, he lost his life in the car on the way to the hospital.

At first, the security personnel did not allow Hamid’s body to be released. Then they spoke to his family and offered a conditional release. This meant that the family was allowed to have a funeral, but there should be no mention of how Hamid died and only immediate family members were allowed to attend.  No friends, acquaintances, co-workers, or neighbors were allowed anywhere near the funeral. At the funeral, a young person, it is not clear whether a friend, who should not have been there or a family member, stated his disgust at all the limitations imposed on Hamid’s family. Two government security guards, who were present at the funeral, forced the young man to the side and started insulting, threatening and beating him.s

Hamid Rasouli was born in Qazvin and was originally a Lur (Ethnic minority living mainly in western and southwestern Iran) Hamid's parents originally came from the city of Taleghan in the Alborz mountain range. They moved to Qazvin, where Hamid was born, and then again, with him, several years ago, to Karaj. Hamid's parents returned to Qazvin in recent years, but Hamid and his wife had settled in Karaj, where his journey ended: "His journey ended here, but his body was taken to Qazvin and buried there.”

Hamid had a short story, but with his death, he symbolized the value of courage and dignity and humanity to all his friends and to Iranian history.

There were other Hamids in the 173 cities that rose up and protested, each with a separate story of devotion and dedication to writing the history of freedom for Iran.

The regime ordered an almost complete shutdown of the Internet on the evening of Saturday, 16 November, to stop news, video, and images of protests reaching the world through social media. The order has not yet been abolished, trying to close the way for the world to hear the important narratives of those who stood up and died in the protests, individuals not just statistics.