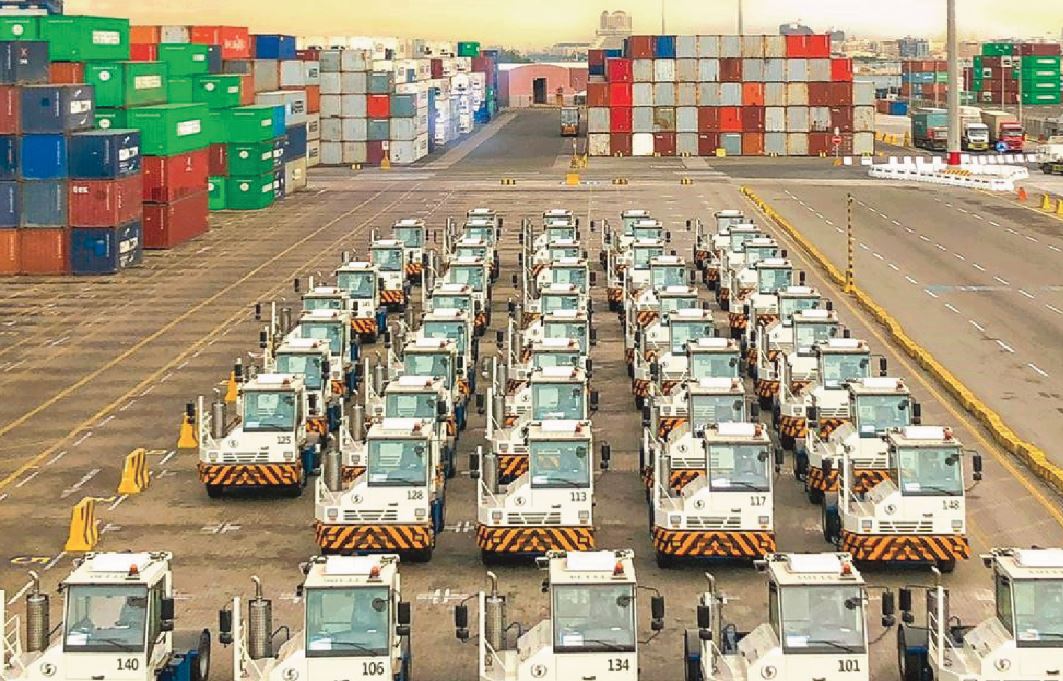 Red Sea Gateway Terminal (RSGT) a world-class terminal spearheaded by the Saudi Industrial Services group SISCO, has announced the arrival of the first consignment of new advanced terminal equipment, which includes terminal trucks and trailers that will accelerate and speed up port and quay operations at the Northern Part of Jeddah Islamic Port (JIP), the biggest and busiest port in Saudi Arabia.

Jeddah Islamic Port is the primary port of call and trade conduit for trade and shipping in and out of the Kingdom via the Suez Canal.

The delivery of the new advanced machinery follows the recent signing in December 2019 of the 30-year concession mega contract valued at SAR 6.6 billion by RSGT with the Saudi Port Authority (Mawani) to redevelop and modernize the Northern Part of Jeddah Islamic Port.

The new Terminal Trucks and Trailers, the newest of its kind in the Kingdom, come equipped with the latest and most demanding safety features, which will significantly contribute to increasing productivity and performance at JIP.

Red Sea Gateway Terminal is the first container terminal in the Kingdom of Saudi Arabia which is built by the private sector under a ‘build, operate, and transfer’ (BOT) agreement, and the only terminal at the Jeddah Islamic Port capable of accommodating Ultra-Large Container Ships (ULCS) of 20,000+ TEU capacity.

The Red Sea Gateway Terminal is committed to regional and global infrastructure and facility investments to better serve the growing requirements of global shipping lines and domestic cargo, and container services, as well as expanding our presence internationally in the global logistics chain through organic growth and by obtaining new concessions or acquisitions.