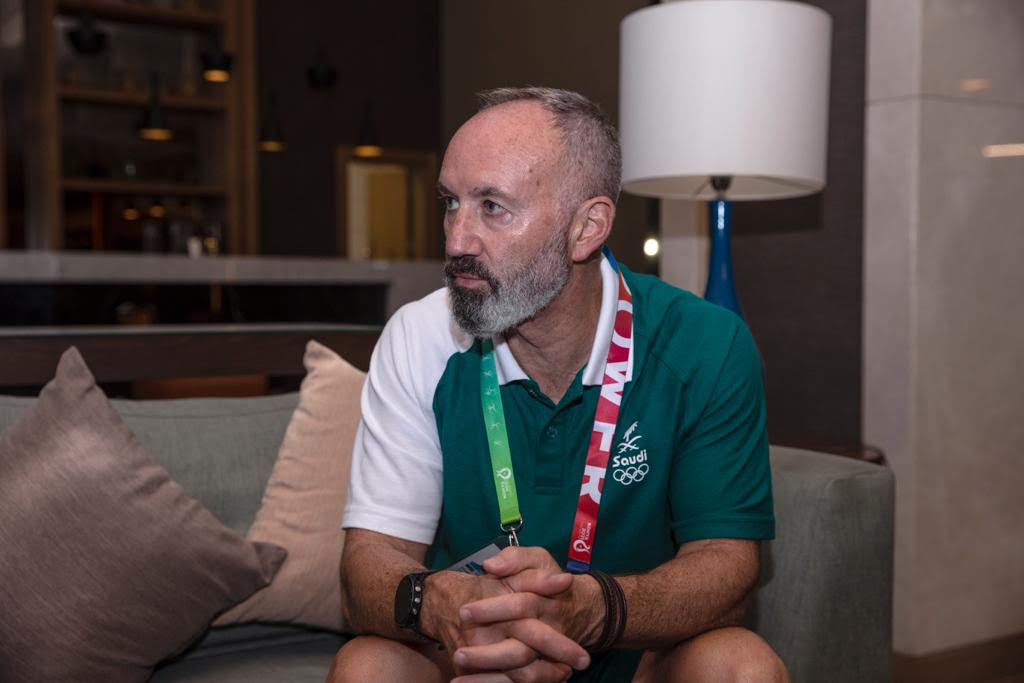 Riyadh 2034 Asian Games is our target!

Favier is also among the Saudi Arabian delegation participating in the 5th Islamic Solidarity Games (ISG) titled “Konya 2022”, held in Turkey with the participation of 54 Islamic countries and will continue until August 18th,

He added, “The impact of Konya 2022 is huge, and It is always a great opportunity to allow the elite athlete to participate in such mega championships as this one.”

With eight years to plan and prepare, he said, “we are not in a hurry, we have time, and we care about the quality of developments, and one of the best ways to help our athletes grow is through meeting and competing against international athletes from around the world.”

Regarding the Saudi Olympic Training Center’s role, Favier said: “We have around 200 elite athletes representing 17 sports, and we aim to provide a complete environment that helps the athlete focus on practising sports and reaching their goals.”

According to Favier, the training centre and the Elite Program are an example of the implementation of the Kingdom’s Vision 2030 and shows the ambitions of the sports sector and the tremendous support received by athletes, clubs and federations from the Kingdom’s government and the Quality-of-Life Program, in addition to the Kingdom becoming champions on the local and international level.”

Favier is a sports administrator with over 25 years of experience across various sports. He recently acted as CEO of Hockey Australia, where he developed a national league with teams playing home and away.