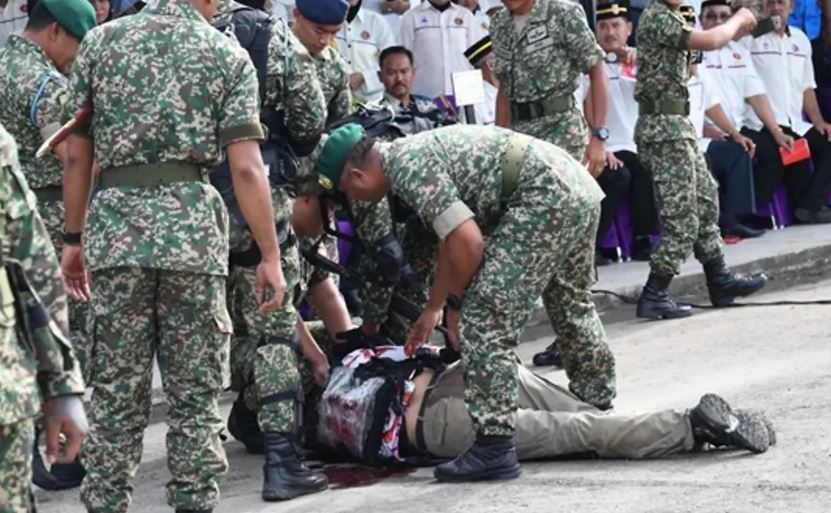 Malaysian police said on Thursday (Sep 6) they are investigating the death of a 36-year-old commando officer who was shot in a live-firing demonstration at Lok Kawi Camp in Sabah on Wednesday.

Major Mohd Zahir Armaya was then rushed to the Queen Elizabeth Hospital in Kota Kinabalu, where he later died.

Inspector-General of Police Abdul Hamid Bador said a probe will be carried out to identify the cause of the incident.

“I am confident there is an SOP (standard operating procedure) and it may not be overlooked," he told reporters. "The demonstration was well organised but the accident still occurred.”

He added: “The Sabah Police Commissioner will release a statement soon (on the development of the case).”

The exercise - held in conjunction with the launch of the Fifth Division Infantry and the 13th Infantry Brigade - involved a clash between a group of "terrorists" and the armed forces.

All the participants wore bullet-proof vests. 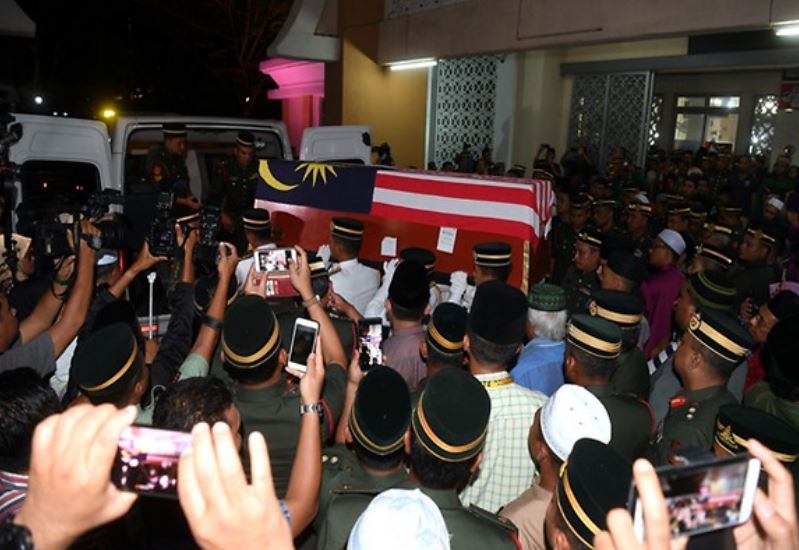 Major Mohd Zahir, who played the role of the terrorist leader, had fired a pistol at an army officer, causing him to fall on his knees in pain.

The officer then stood up and fired his pistol at Mohd Zahir, who had a red bottle target on the back of his bullet vest.

The shot caused Mohd Zahir to fall and two army personnel then pulled him to the side of the parade field.

He appeared unconscious and was believed to have sustained serious injuries.

An army medical team at the ceremony gave him first aid before sending him to hospital, where he was pronounced dead at about 9.20am.

"WE WERE VERY CLOSE"

On Wednesday, more than 1,000 people, including friends, family members and officials paid their last respects to Mohd Zahir at the Wardieburn Camp mosque in Kuala Lumpur.

The late major's body was then buried at the Tambun Muslim Cemetery in Ipoh. He was survived by a widow and five children, aged between five months and nine years old.

Mohd Zahir's father, veteran actor and comedian A R Badul, received the news of the incident from his daughter-in-law.

“I received the news this morning and was shocked and sad. But I take it as a test from Allah," he told Bernama.

“We were very close and he had contacted and met me before. I was told that the bullet went a little further than the bullet-proof plaque and hit his body.”

Mirdat Mohamad, who is Mohd Zahir's uncle, said the family wishes for a thorough investigation to find the exact cause of the incident.

"We wish for him to have a fair investigation, a fair trial and a proper closure. If this was negligence, hopefully it would not happen again in the future," said the 54-year-old. “We will leave it to the police and army."

Condolences also poured in from other Malaysian leaders, including the communications minister, the chief of army and Sabah's chief minister.