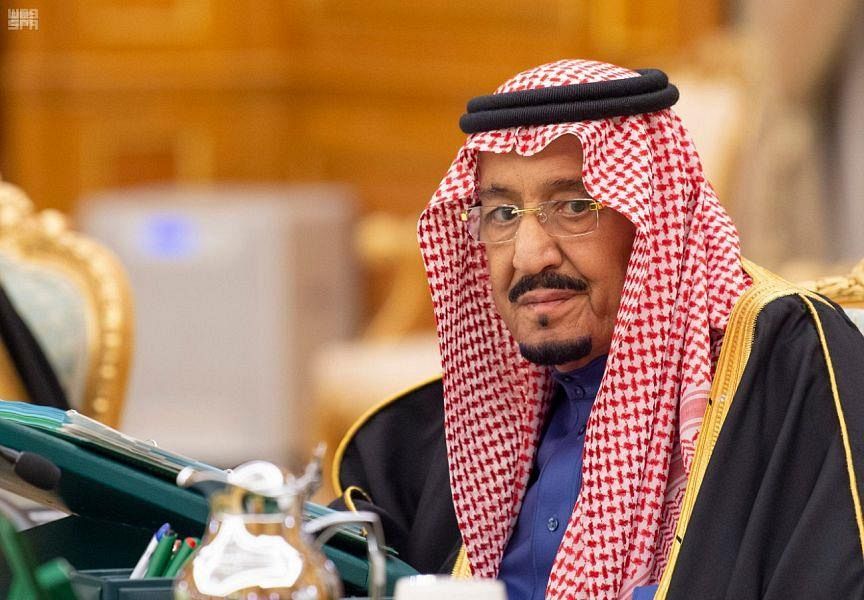 At the outset of the session, the Cabinet stressed the valuable contents of the speech made by the Custodian of the Two Holy Mosques during the opening of the fourth year of the seventh session of the Shura Council, citing deep constants in the Kingdom's internal and external policy, its approach since its establishment by late King Abdulaziz bin Abdulrahman, on implementing and committing to the Islamic Sharia on the basis of unity, solidarity and consultation, and establishing justice and independence of decision, maintaining security and stability, and continuing the comprehensive development process; as well as the Kingdom's pride in achieving huge developments in the past decades, and its determination to move forward in the implementation of reform programs, in accordance with the Kingdom's Vision 2030.

The Cabinet also commended contents of the annual royal speech that showed the Kingdom's commitment to the established principles and international conventions defending Arab and Islamic issues, especially the Palestinian cause, strengthening the Kingdom's standing and stances in the Arab and Islamic world, its endeavors and efforts to advance the joint Arab action, and in resolving crises and differences in the region. It also showed the Kingdom's important roles in the global economy, its policy in the stability of the international oil markets, its honor in the expansion of the Two Holy Mosques and the development of Holy Sites with projects that are considered the largest in history, serving and caring for the Two Holy Mosques, taking care of everything that achieves the comfort of citizens, improving the quality of services provided to them, and its pride in eliminating manifestations of extremism.

Minister of Media, Turki bin Abdullah Al-Shabanah, said in a statement to the Saudi Press Agency that the Cabinet expressed its thanks and appreciation to the Custodian of the Two Holy Mosques for his patronage of laying the foundation stone for the Diriyah Gate Project to restore the historic area as a cultural heritage project, and to return it to its ancient past and to be a tourist, cultural, local and international destination that embodies the march of the Kingdom since the establishment of the first Saudi state. The Project reflects the King's interest and care for Diriyah that represents the starting point of the Saudi state, a beacon of the continued legacy of the Kingdom's history, and tells the stories of glorious history and the epic and blessed national unity. The Cabinet commended the supervision and follow-up of His Royal Highness Prince Mohammed bin Salman bin Abdulaziz, Crown Prince, Deputy Prime Minister and Chairman of the Board of Directors of the Diriyah Gate Development Authority on this national project.

The Cabinet touched upon the unlimited support of the wise leadership in the fields of culture and cooperation with countries to promote peace and dialogue, pointing in this context to the election and winning of the Kingdom of a seat in the Executive Council of "UNESCO", to confirm its international status and role in building peace and contributing effectively to the establishment of the principles of culture. The Cabinet pointed also in this context to the opening of Saudi Cultural Exhibition in Paris organized by the Ministry of Culture, the Royal Commission for the province of AlUla, and the Misk Institute of Arts, to promote global cultural exchange coinciding with the Forum of Ministers of Culture 2019.

The Cabinet expressed its congratulations to the Organization of Islamic Cooperation on its fiftieth anniversary, and the voice it embodied during its march, and how it sought to protect the interests of the Islamic world until it became the second-largest intergovernmental Organization after the United Nations. The Cabinet also expressed its appreciation to the Organization and its advisory support bodies and all their staff for their efforts in serving and defending the causes of the Islamic world and achieving the overall objectives of enhancing cooperation among the Member States to become a model for joint Islamic action in various fields.

The Minister pointed out that the Cabinet reviewed latest developments in the region and its repercussions on the security and stability of the region, reiterating the Kingdom's rejection of the US administration's statements on the Israeli settlements in the West Bank, affirming that Israel's construction of settlements is contrary to the resolutions of international legitimacy and international law, and achieving a lasting peace requires the full realization of the legitimate rights of the Palestinian people in accordance with the Arab Peace Initiative and the resolutions of the international legitimacy.

The Cabinet condemned continued violations and breaches by Iran of international conventions and treaties relating to its nuclear program, welcoming the joint ministerial statement of the three European parties to the agreement and the High Representative of the European Union, and the decision of the United States of America to end the exemption of Iran's Fordo nuclear facility from sanctions, stressing the need for the international community to take a firm and similar position towards Iran's violations because of the undermining of international peace and security.

The Cabinet approved a memorandum of understanding for cooperation in the field of retirement between the Public Pension Agency of the Kingdom of Saudi Arabia and the National Social Insurance Authority (Social Insurance Fund for Government Sector Employees) in the Arab Republic of Egypt.

The Cabinet authorized the Chief Executive Officer of the Saudi Food and Drug Authority (SFDA), or his deputy, to discuss with the Indonesian side a draft memorandum of understanding between the Saudi Food and Drug Authority of the Kingdom of Saudi Arabia and the National Agency of Drug and Food Control of Republic of Indonesia in the field of quality control and safety of pharmaceutical products, and sign the final version to complete formal procedures.