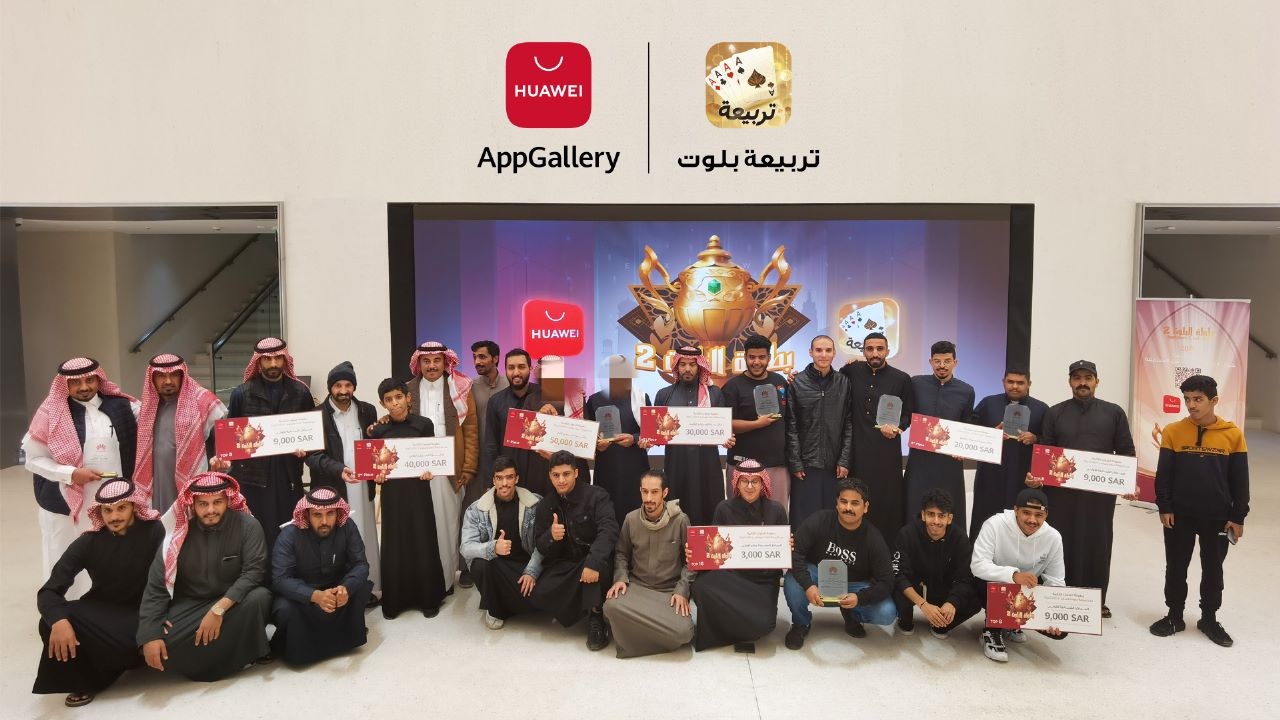 The winners of the second AppGallery Tarbi3ah Baloot competition were revealed by Huawei, one of the biggest technology companies in the world. The total prize money awarded was SAR 200,000, which is more than their initial tournament's prize fund of SAR 100,000, which took place in Ramadan 2022. The qualification round of the well-known Arabic card game was held at the Huawei flagship store in Riyadh from the 20th till the 24th of December.

The 2nd edition of the tournament, organized in collaboration with Tarbi3ah Baloot, challenged game enthusiasts to outwit and outplay their opponents in order to qualify and advance to the finals. Building on the success of previous online tournaments in the Middle East and Africa region, AppGallery is making significant contributions to the field of eSports, particularly in Saudi Arabia. It also highlights AppGallery's unrivaled services, such as a diverse selection of gaming options for users.

Lu Geng, Director of the Middle East and Africa, Huawei Global Partnerships & Eco-Development, Huawei Consumer Business Group said, “The popularity for mobile gaming has been growing immensely, specially in in the MEA region. Huawei AppGallery recognizes the importance of mobile gaming in the MEA region, particularly in the eSports context. We are delighted to have AppGallery leading the gaming industry and contributing to such large gaming tournaments, as well as supporting its regional partners such as Tarbiah Baloot, one of the most popular games.

He added: “AppGallery's mission is to provide gamers with a platform that delivers an authentic experience while also celebrating and fostering the region's mobile gaming scene by hosting tournaments for popular mobile games with its Mobile Gaming partners.”

Tarbi3ah Baloot Product Manager, Yu Zhanbo, says: “We have a dedicated, hard-working team working to ensure the quality of our gaming environment. We value your feedback, and hope that you will participate in the tournament and share your thoughts! In the end, we are all gamers, and we want to play a game that is fair and enjoyable.”

The Arab culture has many amazing traditions passed down from generation to generation, ranging from ancient and unique coffee and tea drinking rituals to amazing food recipes and oriental rug hand-weaving techniques. The game of Tarbiah Baloot is another interesting and intriguing ancient tradition. Its a popular game in Saudi Arabia, and it is usually played by four players divided into two teams.

To download or learn more about the game, please visit: https://appgallery.huawei.com/app/C102284161